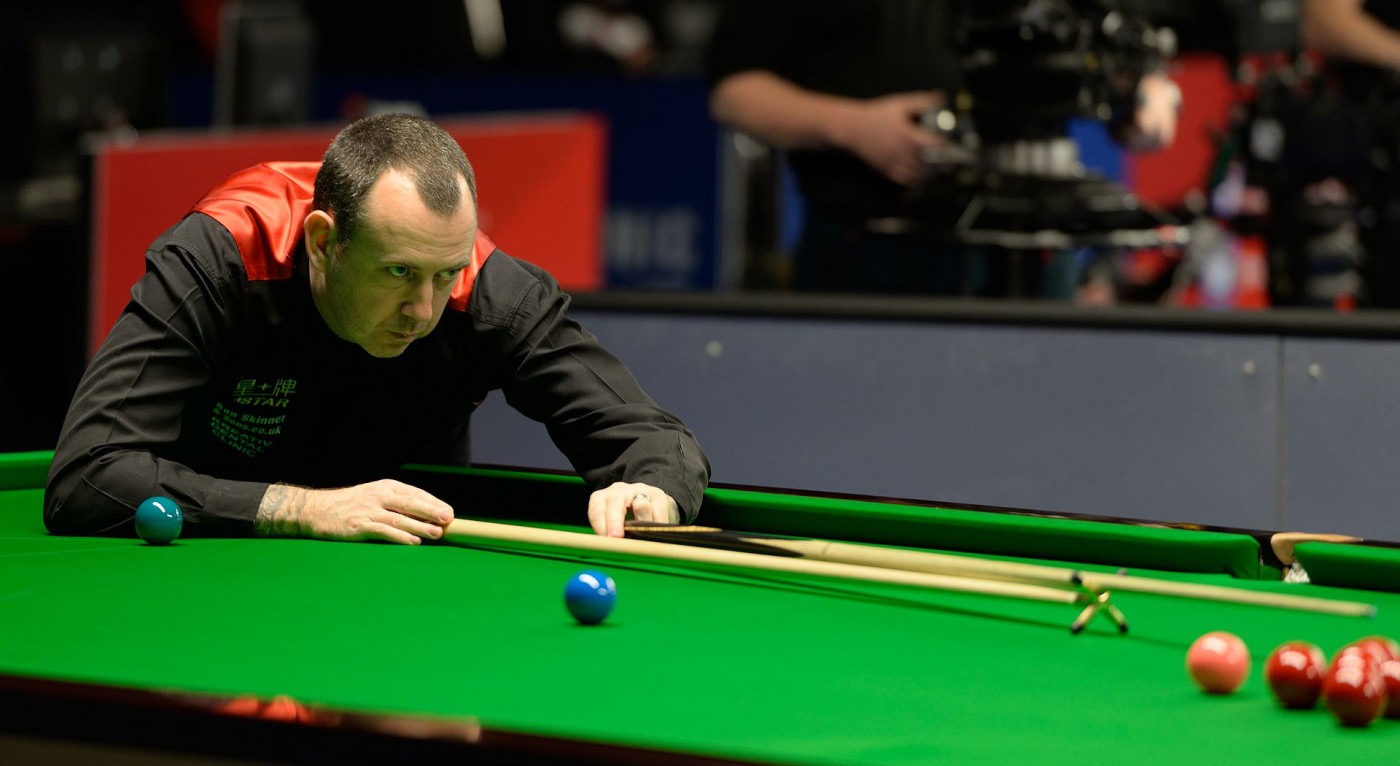 We’re truly at the business end of the Masters now – just four names are left, all of them hoping to win the title on Sunday. Three of them are former Masters champions, hoping to add to their trophy cabinet, and one of them – Jack Lisowski – is hoping to end his long title drought with his first ranking win. Today, two of the four would be sent home. In the first semi-final, Lisowski faced Mark Williams, while the evening clash pitted Stuart Bingham against Judd Trump. Who would make the final two?

Lisowski had the first chance, but he failed to land well on a red after making six. Safety followed, but Williams eventually established enough of a lead to take the first frame. And the second followed the same pattern – Lisowski had a good chances with a number of scoring opportunities, but Williams built enough points to make it 2-0. Both players mixed a couple of reds at the start of the third frame, but eventually Williams was left an easy starter, from which he made 74 and extended his lead. It was Williams’ chance in the fourth frame, but he missed a tough red and left his opponent a load of points on offer. But he failed to capitalise and, on the colours, Williams needed up to and including blue. He cleared up to the pink – it was 4-0.

Lisowski had the first opportunity in frame five, but he only managed one before missing a straight yellow. A break of 68 put Williams one from victory, and it hardly seemed likely his opponent would recover from here – but could he avoid the whitewash? The answer, it transpired, was no. Williams kept handing chances to Lisowski, and things got very scrappy. Lisowski could have got onto the board if he cleared the colours to blue – he lost position on the brown, then laid a poor safety that essentially left it on. The Welshman needed up to pink and calmly made the clearance, eliminating his opponent 6-0. It’s Williams’ first Masters final in 20 years – for Lisowski, the agonising wait for a first title goes on.

After that, Trump faced Bingham. It began nervy, with both players missing some surprising pots, but Trump eventually cleared up to the pink and put the first frame on the board. A Trump 87 swiftly followed Bingham’s break ending unexpectedly early on 16, extending his head to 2-0. Both men had good chances in frame three, but Bingham eventually made 93 to get on the scoreboard.  Trump made 59 until a split went wrong, and Bingham fought back valiantly, getting within eight points. But Bingham went in-off when trying to pot the green, and Trump then cleared up to head into the interval 3-1.

Things went very scrappy in frame five, with both players making surprising misses and trapping the others in snookers. Bingham fluked the green, followed it up with the brown, and needed blue and pink. But it was Trump who cleared up, stealing the frame after poor shots by Bingham. He needed to get back into the match to have a chance, but the first opportunity fell to Trump – he made 50, before missing a simple red. Bingham fought back, and there was a long safety exchange on the final two reds, which featured both excellent safety and poor misses. Bingham pressed on needing two four-point snookers with just five balls remaining – it seemed an unlikely chance, and one he didn’t take.

Trump was on a roll, compiling a 58 break with ease, and then he made a bad miss to give Bingham some hope. He cleared up to the final red, and then more safety and misses ensued for a long time. Bingham fought on, but it was always a long shot, and eventually Trump potted the balls he needed to advance to the final, with a 6-1 score line that overly flatters his performance in the match.

So it’s Trump against Williams, and the winner of the best-of-19 match today will pick up the 2023 Masters title. On this tournament form, Williams looks the clear favourite – but if Trump actually turns up, it’s anyone’s for the taking.