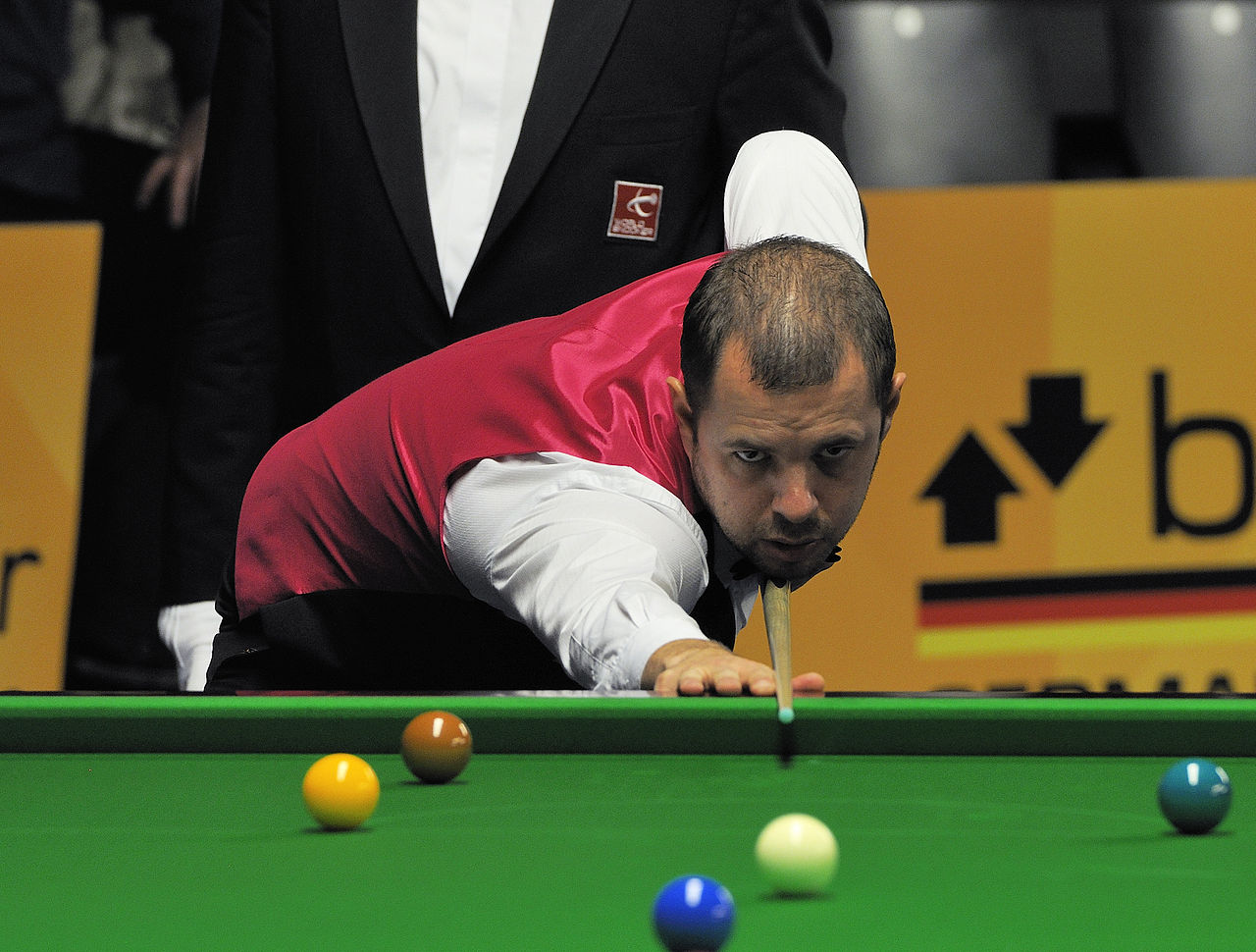 The third day at the Masters showcased two very intriguing matches. In the first, season form-man (and one of the tournament favourites) Mark Allen faced Barry Hawkins, before Mark Williams came up against David Gilbert, his place at the event booked after the suspension of Yan Bingtao. All big names, but who would win?

Everyone was expecting that Allen would sweep to an immediate advantage – but things can prove unexpected on the baize. In the first frame, Allen made 45 before running out of position. He had another chance, making 10 before leaving a red over the right corner – there were enough points for Hawkins to steal the frame, and he did. A tactical battle led frame two, and a fluke by Hawkins led to a 76 break and a two-frame advantage. Allen spent a long time pondering his shot choice at the start of frame three, and totally misfired. Hawkins came to the table, and produced 114 to move 3-0 in front.

The Antrim man needed to make something happen, but he was faced with a tough table – he made 43, before letting Hawkins in. He got up to 40 before running out of position, and both men had chances. Hawkins left the last red in a pocket, but then Allen left the brown in a pocket himself – Hawkins needed brown and blue, got them, and was 4-0 at the interval.

Allen had recovered from larger deficits than this, but things were looking ominous – particularly as, in the fifth frame, two visits by Hawkins without response were enough to move him to one frame from victory. His first real chance to make a mark came in frame six, but he made a match-high break of 45 before leaving himself out of position. In numerous visits, through a combination of skill and fortune, Hawkins kept adding on points. Then, Allen misjudged a safety, and left Hawkins an easy red – the table was awkward, but great control by the player and a clearance up to black completed a whitewash.

Hawkins will play the winner of Judd Trump and Ryan Day in the quarter-finals.

It was a tough clearance, but Williams tapped into his experience and made it

Williams was surgical in the first frame, taking advantage of a starter left by Gilbert to make a fantastic 126. It was first chance Gilbert in the second, but after a Williams safety gave him an in, another century followed – this time, 127. The story was the same in the third frame – Williams took to the table again after Gilbert left a chance, and he made 95 to go 3-0 in front. Gilbert needed to make some inroads, and a scrappy fourth frame gave him the chance – the scores were practically tied, and it all came down to the final red. It was a red that Williams ultimately potted, making it a clean sweep.

It was Williams’ chance first in the first frame back, but he broke down on six and left nothing. It became scrappy again, but Gilbert just about secured the frame and averted a whitewash himself – Williams returned to try for snookers, but his opponent was soon on the scoreboard. Again, Williams had the first chance, but he broke down on 37 – Gilbert needed to respond, and did. He was in flow now, and the next frame felt important. He had a good chance, one that established a solid lead, and it came down to two reds on the baulk line. Williams went in-off and handed the initiative to Gilbert, but he couldn’t capitalise – the Welshman needed the colours, and he got them.

In the final frame, Gilbert wanted to get back into the match, and he so almost did, compiling a superb break of 64 until he missed frame-ball red. Williams returned to the table faced with a tough set of balls, but just about enough points to win. Things were interrupted by a wasp, injecting a bit of levity, and then things came down to the colours. Gilbert needed just yellow and green, Williams needed everything. A safety battle ensued, before Gilbert left the yellow in its pocket. It was a tough clearance, but Williams tapped into his experience and made it, advancing into the next round 6-2.

Williams sets up a quarter-final clash with Ronnie O’Sullivan, the ’92 veterans meeting in what is bound to be a thrilling contest.