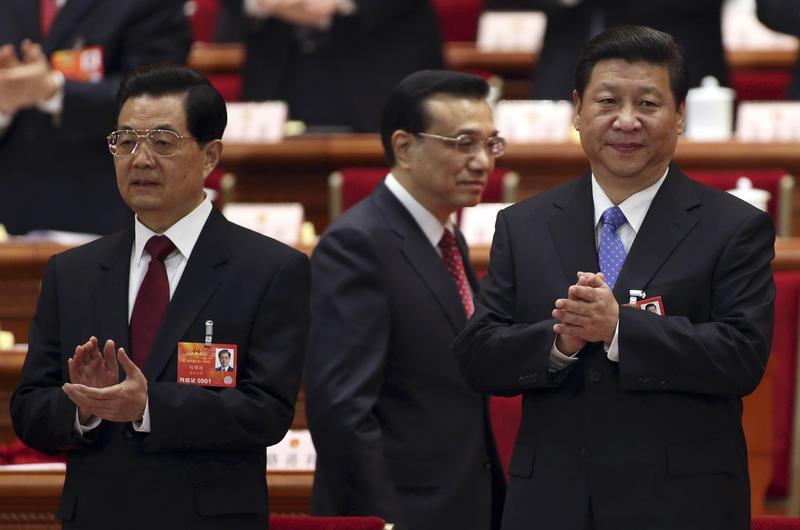 President Xi’s re-election: what is changing in China?

On 16 October 2022, Beijing looked a bit different. The police stationed outside the train station checked visitors’ travel documents. President Xi’s book, “The Governance of China”, was displayed at the entrance of bookshops. Many bridges and walls were covered by the slogan “Happily Welcome the 20th”.

Outside the Great Hall of the People, there were 2500 local and foreign journalists. They queued up, waiting to capture every moment of the 20th National Congress of the Chinese Communist Party. This is the most crucial meeting of China’s five-year political cycle. Major policies and key appointments of the party are announced after a week of meetings behind closed doors, so everything that happened could hit the headlines.

He is the first Chinese president to work for three consecutive terms.

After the meetings, Xi officially announced the start of his third term as the Head of the Chinese Communist Party. He is the first Chinese president to work for three consecutive terms, after the constitutional two-term limit was scrapped in 2018. At the age of 69, he also broke the norm of party leaders older than the age of 68 retiring. Therefore, although his presidency was widely predicted before the Congress, it is a historical moment in Chinese history.

At the Congress, Xi both broke with the past and suggested the future development of mainland China. Although there was no mention of “political reform” at the Party Congress, the new lineup of the Politburo Standing Committee (PSC) reveals the coming changes in Chinese politics. It comes as no surprise that the most senior rivals to Xi, including Li Keqiang and Wang Yang who belong to the rival China Youth League faction, were removed from the committee.

Most of the new entrants are less experienced but they are either loyalists or close to Xi’s family. One of them is the second-ranked member Li Qiang, who served as Xi’s chief of staff when he was the Zhejiang province’s top party leader from 2004 to 2007. Despite the public outrage and economic repercussions, he implemented the “zero Covid” policy and a  two-month lockdown in Shanghai earlier this year, proving his loyalty to President Xi.

The complete removal of potential threats shows that Xi places trust and loyalty above all else. This unconditional allegiance to the president makes it undeniably more likely for them to be implementers of his orders, with a weak appetite for raising disagreement. It not only makes it difficult to correct mistakes in policies, but also further exacerbates the imbalance of power in the country. Space for questioning and discussion among both the high politics and civil society will be further reduced. Therefore, the Chinese government may continue to stand firm or even firmer on controversial issues, such as internet censorship and the Uyghur’s human rights issues. While its overall direction of policy-making will not change by a large degree, already marginalised groups like impoverished people might be in great danger.

Gender imbalance is another point deserving our attention. All 24 members in the politburo are male, breaking the convention that at least one seat is held by women. Before the party congress, Xi had already enforced the three-child policy, whilst actively suppressing LGBTQ+ and feminist groups. The gender imbalance may make it harder for them to strive for equality in the future.

The government’s “zero-COVID” policy is also what remains unchanged. At the opening ceremony of the Congress, Xi insisted on “being unswerving” on the “zero-COVID” approach as it successfully strikes “the balance between epidemic response and economic and social development.”. Besides this, he announced other socio-economic goals, namely achieving common prosperity, self-reliance on technology, and securing local food production. Aiming at the GDP growth of “a moderately developed country”, he did not mention any new, ambitious or concrete economic policy.

Broadly speaking, his economic vision is quite conservative. Following China’s recent economic slowdown, Xi put a greater emphasis on developing local production and economic self-sufficiency rather than expanding international trade or competing with other countries. Since 2020, all Chinese people have experienced stringent lockdowns and regular testing. These measures severely hit China’s economy, and this is exemplified by its latest GDP growth standing at 3.9%, which is much lower than the pre-COVID level (6%). The official youth unemployment rate reached a peak at 20%, but the actual figures may be even higher.

Despite the economic downturn, he insisted on clearing the COVID virus. It unveils his attempt to distinguish China from the other countries which prioritise economic interest over the health of the population. Therefore, “zero-COVID” measures, which include occasional lockdowns, traffic restrictions, and large-scale testing, will continue to be enforced in the coming year. In addition, the economic decline will endure since President Xi didn’t propose any solid plan to revive China’s economy. By prioritising the battle against the pandemic rather than ensuring a continued rapid expansion, China’s economic development will most likely be much slower and less ambitious compared to the previous decade.

The “zero-COVID” policy brings notable social impacts as well. It not only results in increasing public fatigue but also breeds simmering dissatisfaction. For instance, there were protests in Shanghai during the lockdown, and banners demanding the abolition of the “zero-COVID” policy appeared on an elevated roadway three days before the Party Congress. Noticing the social unrest, Xi stressed the importance of maintaining social order at the Congress. According to the BBC’s calculation, he referenced the terms “safety” or “security” some 73 times. This indicates that he may focus on re-establishing social order and strengthening national defence rather than attempting to boost the economy in the future. The state is strengthening its authority, but public outrage has been triggered and anger has been growing. The tension between the authority and the people may be stronger in the coming future, leading to greater instability and uncertainty.

The security concern is both internal and external. Regarding the tensions with Taiwan, Xi said he will “resolutely oppose and constrain Taiwan’s independence”. Compared to the hope to “build solidarity” in previous years, the Chinese government’s attitude towards Taiwan is now more hostile. As mentioned before, the new Central Committee is dominated by Xi’s loyalists. In fact, He Weidong was newly appointed as the second-ranked official of the central military commission. Although he was not in the Central Committee at the last Congress, his political importance significantly grew after commanding the military drills following the US House of Representatives speaker Nancy Pelosi’s visit to Taiwan in August. In addition, Wang Yi, who has carried out hostile foreign policies before, was elevated to the Politburo. Yet, there was a lack of concrete and clear military or foreign policy plan albeit the new appointment.

This contradictory and unclear attitude sparked a debate about whether China will invade Taiwan in the near future. Some analysts argue that the new appointment signals China’s growing aggression towards Taiwan, while others think Xi just wants to prepare for unprecedented military incidents. In fact, China’s strategy over Taiwan is affected by various factors, such as the economic strength of China, the US’ attitude, and Taiwan’s military strength. China could also ‘invade’ Taiwan in other ways, which can take the form of applying economic sanctions or implementing cultural homogenisation. Xi’s hesitation in outlining a clear vision suggests that China may continue to struggle between the external expansion of military power and internal development in the foreseeable future, especially since China’s economy has been underperforming lately.

All in all, ‘security’ is at the top of the Communist Party’s agenda. Xi would like to secure his political position, achieve economic security, maintain social stability and prevent aggressive foreign policies. Yet, economic indexes are falling, and public discontent is growing on social media. Can the goal of ‘security’ really be achieved?

In his closing address, Xi told delegates to “dare to struggle“. It will be a struggle between pandemic and economy, military strength and peace, stability and freedom.