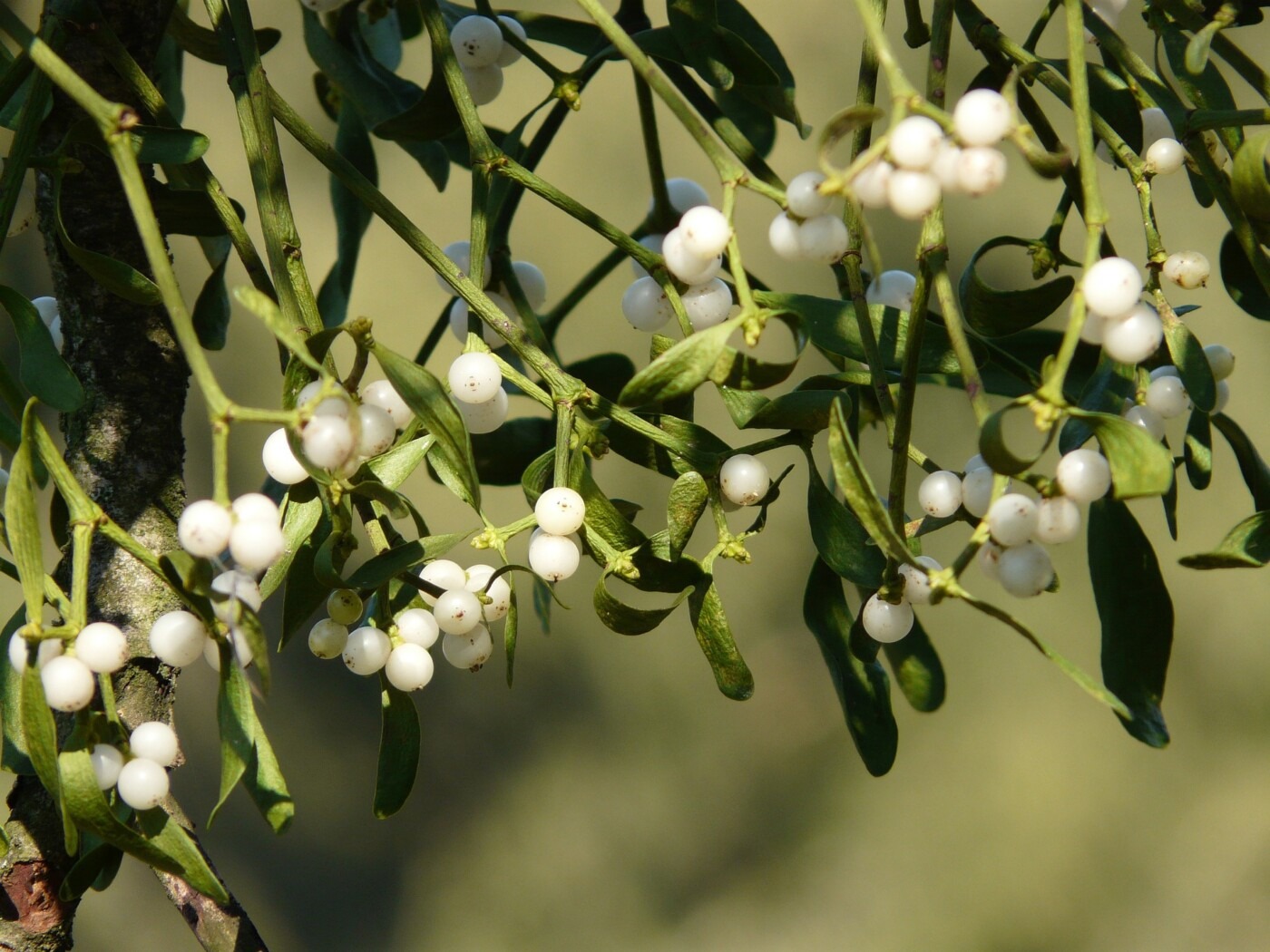 The surprising and not so romantic science of mistletoe

For many of us, it is one of those holiday staples — according to the popular tradition, you should receive a kiss if you meet someone under a suspended twig of mistletoe. The practice does have a festive origin, as it became associated with good luck in the eighteenth century, but the relevance of mistletoe extends far beyond simple folklore. Throughout history, it has been linked with medicine — not bad for a parasitic, poisonous plant. As Christmas gets closer, and we suspend mistletoe once more above our thresholds, here’s a look at the surprising science of mistletoe.

The Greeks used mistletoe for everything from menstrual cramps to spleen disorders, and some believed that it could help ensure eternal life

There are roughly 1,300 species of mistletoe around the world, but the two most prevalent variants are birdlime mistletoe (commonly called mistletoe, and which is common to North America) and European mistletoe. The two are parasitic plants mainly propagated by birds – they eat the distinctive white berries, and then defecate on tree branches, where the seeds germinate. Unlike most other plants, which derive their nutrients from the ground, mistletoe draws nutrients from its host tree. This connection has become an important part of the unity linked to the plant.

Mistletoe can generate some energy through photosynthesis, but it depends largely on the host to survive and, in the process of sustaining itself, it deforms and lowers the life productivity of its host. This is the reason that it remains evergreen and thrives during winter, because it is drawing from the fuel of the plant to which it is attached. It protects itself through poison, which is transmitted through both touch and by consuming its berries — although many animals consume the plant anyway.

Although many of the classical links with healing have since been disproven, extracts of the plant are promoted nowadays primarily as a treatment for cancer

However, despite the negative implications of the word ‘parasite’, mistletoe provides food, shelter, and hunting grounds for animals, and it releases nutrients back into the forest when it falls onto the forest floor. The plant has always been associated with healing, and it was used in ancient cultures for its medicinal properties. The Greeks used mistletoe for everything from menstrual cramps to spleen disorders, and some believed that it could help ensure eternal life. It was also considered an aphrodisiac, and this is a connection that continued through the Middle Ages. The druids believed that the plant provided protection from evil, and that the branches announced the entrance of the new year.

There is also a long-standing historical reason for the exchange of kisses. Norseman were allowed to steal a kiss from any woman caught standing under the mistletoe, and it was considered very unlucky to refuse. Although many of the classical links with healing have since been disproven, extracts of the plant are promoted nowadays primarily as a treatment for cancer — it must be stressed, however, that it is in no way approved as a cure or treatment. European mistletoe has been used in clinical trials for cancer, mostly in Europe. Some trials did find that it improved survival rates or quality of life, but many objections have been raised that cast doubts about the findings, including but not limited to the small numbers of patients, lack of relevant patient information, and problems with the designs of the studies. Whether or not the extracts are effective, no major health body has approved mistletoe treatments for cancer.

Scientists have also been studying mistletoe, and specifically the stickiness of its berries and biology, to see whether it can be used as a natural alternative to synthetic glue. The stickiness, linked to mucus-like substances called viscin, is what helps mistletoe attach itself to trees after birds digest it. Scientists analysed the viscin and found that it was structurally different from synthetic glues: it is made of stiff brands of cellulose that keep it firm yet malleable. The viscin is versatile, and although it is adapted to adhere to bark and feathers, researchers at the Max Planck Institute of Colloids found that it sticks to just about anything and could be used as a biodegradable agent to seal fresh wounds.

There is a wealth of knowledge about mistletoe, and scientists are still discovering further scientific benefits of the plants. Yet the interesting cultural and medicinal history of mistletoe lives on in the ways we use it now.