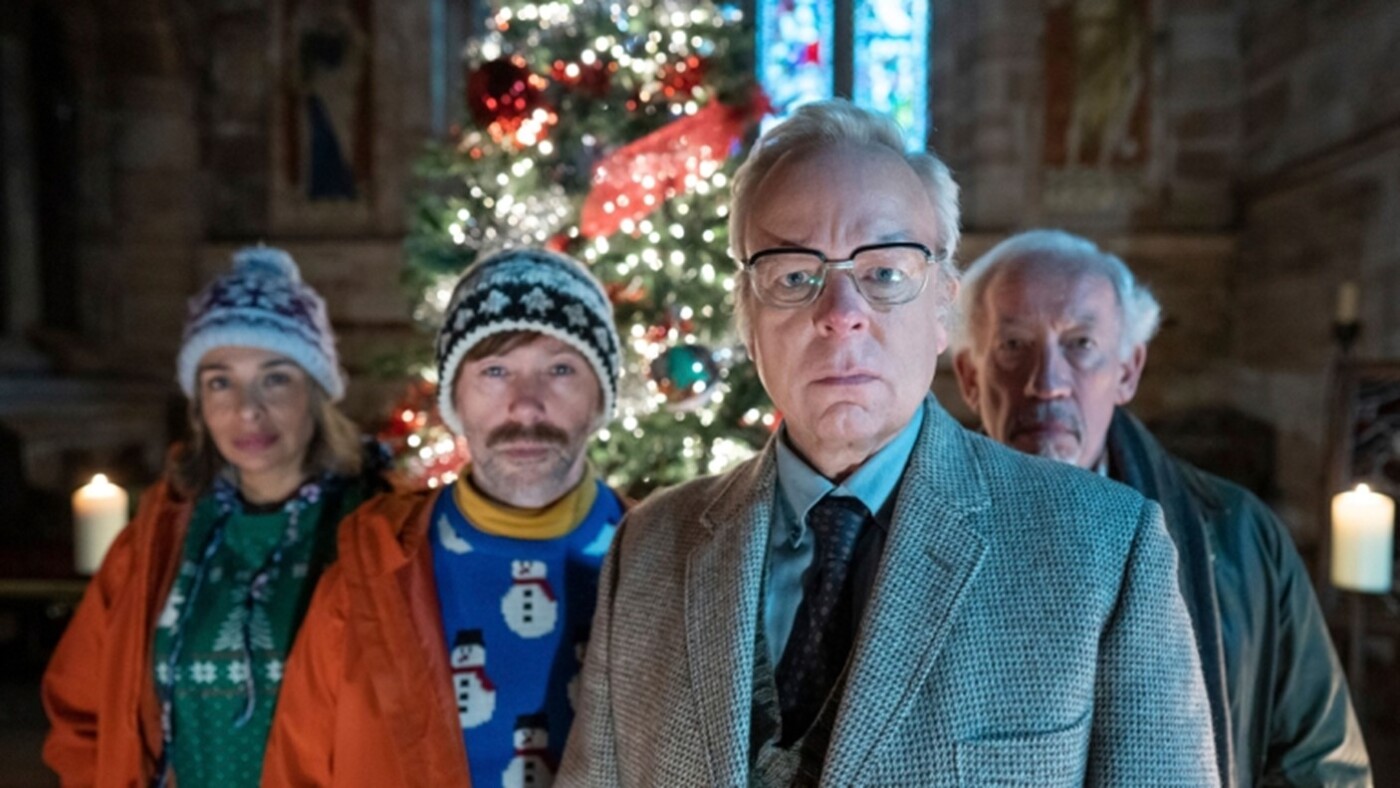 Inside No.9: ‘The Bones of St Nicholas’ CHRISTMAS SPECIAL

It’s bizarre to think, but Inside No. 9’s first Christmas special is now six years old, a tale of Krampus and old films with a horrible twist in the tale. Come 2022, and the news that the show only has a few seasons left to run, Steve Pemberton and Reece Shearsmith have reunited for another tale of festivity and frights. As you’d expect from the show, things in ‘The Bones of St Nicholas’ are not quite as they appear, and the end result is a beautifully-acted and chilling tale that might be the perfect ghost story for Christmas.

if you’re a fan of the iconic MR James Ghost Story for Christmas, you may see a lot of resonance here

Dr Jasper Parkway (Pemberton) is a historian who has booked an overnight stay in a reputedly haunted church on Christmas Eve, and his frustration with the eccentric church warden Dick (Simon Callow) suggests that he has something on his mind beyond a spot of festive champing (that’s ‘church camping’, to the uninitiated). Parkway is unexpectedly joined by married couple Pierce and Posey (Shearsmith and Shobna Gulati), but they may not be the only guests in the church. Strange goings-on hint at the presence of a spirit – could it perhaps be that St Nicholas is paying the church a visit?

Christmas has always been associated with ghost stories, and if you’re a fan of the iconic MR James Ghost Story for Christmas, you may see a lot of resonance here. An academic, mysterious legends, and the church full of history – what a perfect combination for a festive tale of terror. There’s a lot of atmosphere established immediately as Parkway walks up to the building in the dead of night; an unseen figure appears to await him, and it only builds. There’s a terrifying sequence towards the episode’s end that will have you on the edge of your seat.

It’s a small cast, and one customarily employed to maximum effect. Pemberton is distant as the uppity academic, and Shearsmith provides a lot of laughs as the boisterous Pierce. He forms a wonderful double act with Gulati, who brings the heart – we learn a lot about this couple in what is only really 20 minutes, and a conversation in the middle of the night is coldly lit and chilling. And then, of course, Callow’s performance, which provides laughs (in his absentminded descriptions) and terror as he narrates a ghost story for the night. His are the ones to bring such a story to life, so kudos on the perfect casting choice there.

I did think that there were some slight missteps (and emphasis must go on slight, for I was engrossed throughout). At the end of the episode, I did have questions about Dick’s story, although I’m more than happy not to have the answers. In a story like this, not knowing is half of the fun. It was also fun to have Shearsmith as a comic relief character, although too much time is spent on an alcoholic version of the Lord’s Prayer that isn’t particularly amusing from the off and never really gets any funnier. Time is tight in Inside No. 9, and there must have been better ways to spend a few minutes.

On the whole, though, ‘The Bones of St Nicholas’ is another classic episode of the show, and an essential watch if you’re a fan of the macabre and the mysterious. It hangs together beautifully, building up to a climax that will prove as haunting as the episode – for that, I say thank you to Pemberton and Shearsmith for this most wonderful of Christmas presents.