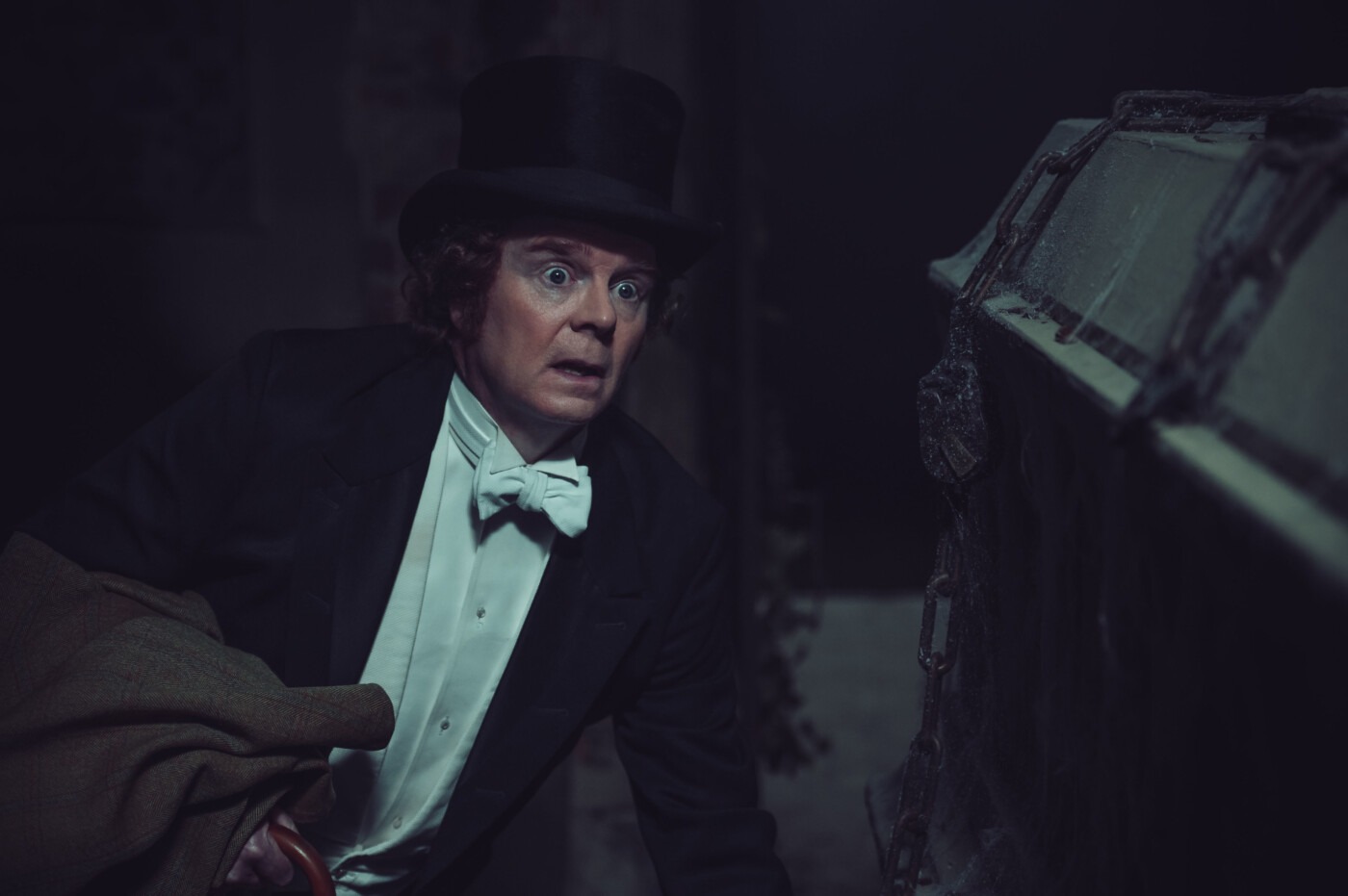 Count Magnus: A BBC Ghost Story without the Chills

The BBC’s A Ghost Story for Christmas is, for many, an integral part of the festive season. In recent years, the task of adapting these stories (or, in some cases, writing original tales) has fallen to Mark Gatiss; and this year he has managed a feat that eluded the Lawrence Gordon Clark run – adapting the Swedish-set Count Magnus for the screen. It’s been a dream, finally realised, and the episode does benefit from the budget that the classic series could not attain. However, this particular adaptation falls into the same traps as Martin’s Close and The Dead Room, where fantastic leading performances can’t rescue slight narratives with few scares.

Gatiss struggled to stretch the story out for 30 minutes, and there’s no real sense of tension at all

In Sweden, the Englishman Mr Wraxhall (Jason Watkins) has been invited to a small village to examine the correspondence kept in the archives of an ancient manor house. Built by local landowner and legend Count Magnus, it is now occupied by the widow Fröken de la Gardie (MyAnna Buring), her remaining servant and the remnants of the past. The widow and the local innkeeper, Herr Nielsen (Max Bremer), give him hints as to the legacy of the Count – Wraxhall, ever curious, begins to investigate the local legend and his infamous Black Pilgrimage, but his inquiries take him ever closer to danger.

As you’ll have seen in my reviews of recent Ghost Stories for Christmas, they either land effectively and they really chill, or they limp along with little atmosphere and (although enjoyable enough watches) are hardly frightening by any definition of the word. Sadly, Count Magnus falls in the latter camp – Gatiss struggled to stretch the story out for 30 minutes, and there’s no real sense of tension at all. One unpleasant visual at the halfway mark counts for the total horror, and even then, it’s hardly anything.

Now, these stories are not intended to be horror films, far from it, but they’re meant to get under your skin a little, and that just doesn’t happen here. I’ve read the original story and, with the exception of a little twist at the end, it is incredibly true to MR James’ tale – but I wonder if it would have benefitted from Gatiss making a few tweaks and changes of his own. He does so in the ending, with an alteration that improves the story (and brings in a Swedish actor that fans of crime might recognise), and there was missed potential here on the narrative front. Gatiss previously described his intention to avoid “static retellings” of these stories, so it’s all the more bizarre that he’s essentially turned on it.

His performance in the final five minutes is genuinely quite affecting – if the surroundings were scarier, it would have really enhanced the fear

Yet Count Magnus was broadly watchable nonetheless, and Watkins’ performance is a major reason why. Each Ghost Story generally thrives with an established British actor in the lead role (previous years have included John Hurt, Peter Capaldi, Simon Callow and last year’s Rory Kinnear), and this is no different – Watkins brings a lot of life to a bumbling Englishman, knowledgeable and curious yet painfully blind to the realities of his situation. His performance in the final five minutes is genuinely quite affecting – if the surroundings were scarier, it would have really enhanced the fear. He’s ably supported by the rest of the cast, including Buring as the widow, but they get little to do and make a mark only as far as the slight narrative lets them.

There will likely be worse things this Christmas – generally, this is an inoffensive way to kill half an hour, and the Watkins performance just about makes it worth your time. But there will certainly be scarier and more haunting things too (not least the Christmas Inside No. 9 that aired the day before). This is a ghost story lacking in atmosphere and fear and, if you feel a chill in the air watching it, that’s likely down to the weather.