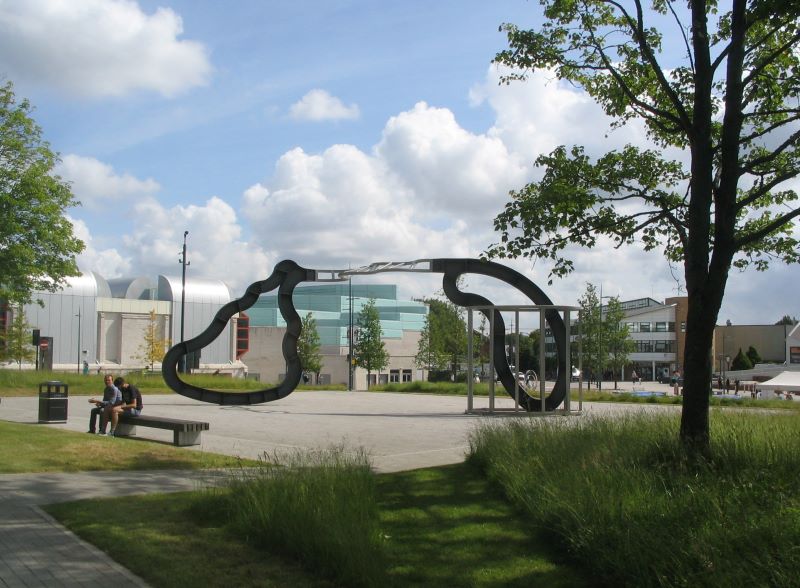 Warwick Action for Palestine have claimed that they were victims of  “assault” when their protest against the visit of Israeli speakers, who were part of Friends of Roots UK, led to physical clashes with campus security yesterday.

The group protested outside Scarman where a talk was due to take place by the organisation Friends of Roots UK (FoR UK), a group which aims to bring together Israeli and Palestinian common understanding.

Warwick Action for Palestine claimed they are a “Zionist group normalising Israeli occupation”.

After arriving at the Scarman building, the protestors initially chanted and waved flags before appearing to try to enter the building.

They were met with a campus security presence. Clashes then took place at the doors to the building. The group have since posted pictures to Twitter of cuts to their hands and fingers, allegedly obtained in the incident.

The University of Warwick has also claimed their staff were injured, and “assaulted”.

The event due to take place was called “Two Truths in One Land”. Warwick Action for Palestine was invited to participate but declined citing the inclusion of FoR UK.

Warwick Action for Palestine were part of the efforts three weeks ago to shut down a Warwick STEM careers fair arguing that some of the organisations attending had links to arms sellers.

In a statement on Twitter, Warwick Action for Palestine said: “Today we were assaulted by campus police. Despite multiple pleas from students and opposition from several societies, yesterday we were informed that the zionist settler FoR UK event was taking place on campus at Scarman.

“After arriving at the building and protesting peacefully using chants, banners, flags, pots, and pans, etc, we attempted to enter the building. Campus security, in an act of blatant aggression, escalated the situation by using physical force to expel us from the entrance.

“At no point did security inform us that the event had been moved online. We were baited into a series of assaults where many protesters were pushed, restrained, and even thrown to the ground. Screams of breathlessness went ignored whilst security continued their assault.”

One anonymous protestor told The Boar they felt “shattered and de-moralized” after the protest.

After the protests, Warwick SU put out a statement outlining their concerns: “We are very concerned to hear that students were injured during the protest. Warwick SU will always support students’ legal right to protest.

“We do not condone violence of any form, and call upon the University to launch an investigation into the incident and release a public report on its conclusion.”

The University of Warwick told The Boar: “We were pleased to host an event yesterday (Tuesday) which discussed the themes of peace and reconciliation in the Middle East, which was thought provoking, interesting and timely.

“Student groups with a strong interest in Palestine-Israel were invited to participate in the debate and engage in it. We were disappointed that many refused to do so and instead called for it to be cancelled.

“A demonstration in opposition to the event took place outside Scarman and we respected their right to peaceful protest. Our Community Safety team attended to ensure the protest could go ahead safely and without harming anyone.

“Unfortunately, a small minority of protestors allegedly assaulted a number of staff members as they attempted to force their way into the conference centre to disrupt the discussion, which they mistakenly believed was happening at the venue.

“We are aware that the SU has expressed concern about injuries to students. We have received no reports of any complaints from anyone in our community who were part of the protest – but will investigate if we do so.”

Warwick Action for Palestine is a student group that campaigns for “Palestinian liberation”.

Friends of Roots UK are an external organisation who aim to promote “a mutual recognition of each People’s connection to the land” and aim to “[challenge] the assumptions our communities hold about each other”.

You can find out more about both Warwick Action for Palestine on their SU page, and Friends of Roots UK on their website available here.