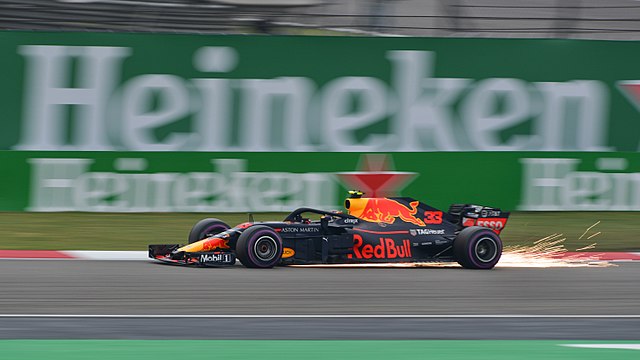 Elsewhere, Lewis Hamilton saw his record of winning a race every season shattered by Red Bull dominance, while four-time world champion, Sebastian Vettel won a point in his 299th, and final, Grand Prix before retirement.

Verstappen started on pole, and his position was never really challenged – as was the story for much of this season, he enjoyed a confident drive to the win. The real battle was for second, and it was particularly heightened after Verstappen made waves last week, by ignoring team orders to help Perez – as a result, both Perez and Leclerc were tied on points, and sitting second and third on the grid. It all came down to this race – whoever finished higher would take the coveted second in the drivers’ championship.

There was a difference in strategy – Ferrari chose a one-stop for Leclerc, while Red Bull had Perez stop twice. In the final 24 laps, Perez had to claw back a 23-second deficit, which he slowly started to eat into, with fresher tyres. Just a few laps from the end, Hamilton briefly held up Perez – not significantly, but it provided just enough distance between Perez and Leclerc. On the final lap, Leclerc managed to keep Perez out of DRS range, then crossed the finish line 1.3 seconds ahead of the Red Bull driver.

After Mercedes’ stunning results last week, things took a downwards turn. Hamilton battled Carlos Sainz on lap one, and he appeared to damage his car’s floor in the process. He lost pace as Sainz passed him again, as did his teammate George Russell, but changing to the hard tyre seemed to give him some optimism. It was not to be as on lap 54 of 58, his car suffered a hydraulics issue, forcing Hamilton to retire. Russell, meanwhile, had a pair of bad pit stops, and eventually managed sixth, capping off his debut year with the team.

Vettel was unhappy with his team’s strategy calls – he moved up to eighth on the first lap, but Aston Marton opted for a one-stop race that caused him to lose ground. He looked close to overcoming Daniel Ricciardo, but did not manage it, just picking up a point after Hamilton’s retirement. He fared better than fellow multiple-world champion Fernando Alonso, who retired on lap 26 with a water leak. Two other departing drivers had a bad result, with Mick Schumacher and Nicholas Latifi colliding a few laps from the race’s end – the former got a time penalty and finished 16th, the latter retired on lap 54.

After the race, Verstappen said: “It was a good race. It was all about tyre management. I think we looked after the mediums quite well and then on the hard tyres managing until the end. Incredible to win again here. A 15th win of the season is unbelievable.

Leclerc said: “It felt good, I was 100% sure we could do it. We had a perfect race for us. I knew the only way to beat Checo was with tyre management and strategy, we had a one stop and it really worked.”

On finishing second, he said: “Thank you. I really hope next year we can do a step forward in the championship. Compared to last season we’re there. We will push on in the winter break to catch Red Bull.”

Perez said: “It is how it is sometimes. Everything can be really close. At the end of the day I have got to be happy. I gave it all, as a team we gave it all through the season and I am sure we will come back stronger next year.

“We had great moments, great battling. I struggled a bit with managing the tyres this year in the races. Hopefully that will be something we can improve for next year and generally just be a bit stronger.”

And that, as they say in the business, is that. The season ended up being much more one-sided that it first seemed, but there have been some phenomenal races and lots of controversy on the way to this final chapter. Maisie and I will be sharing some of our personal responses to the season in the coming days, and if you’ve followed along with these blogs, let us both thank you – we hoped you’ve enjoyed F1 2022!