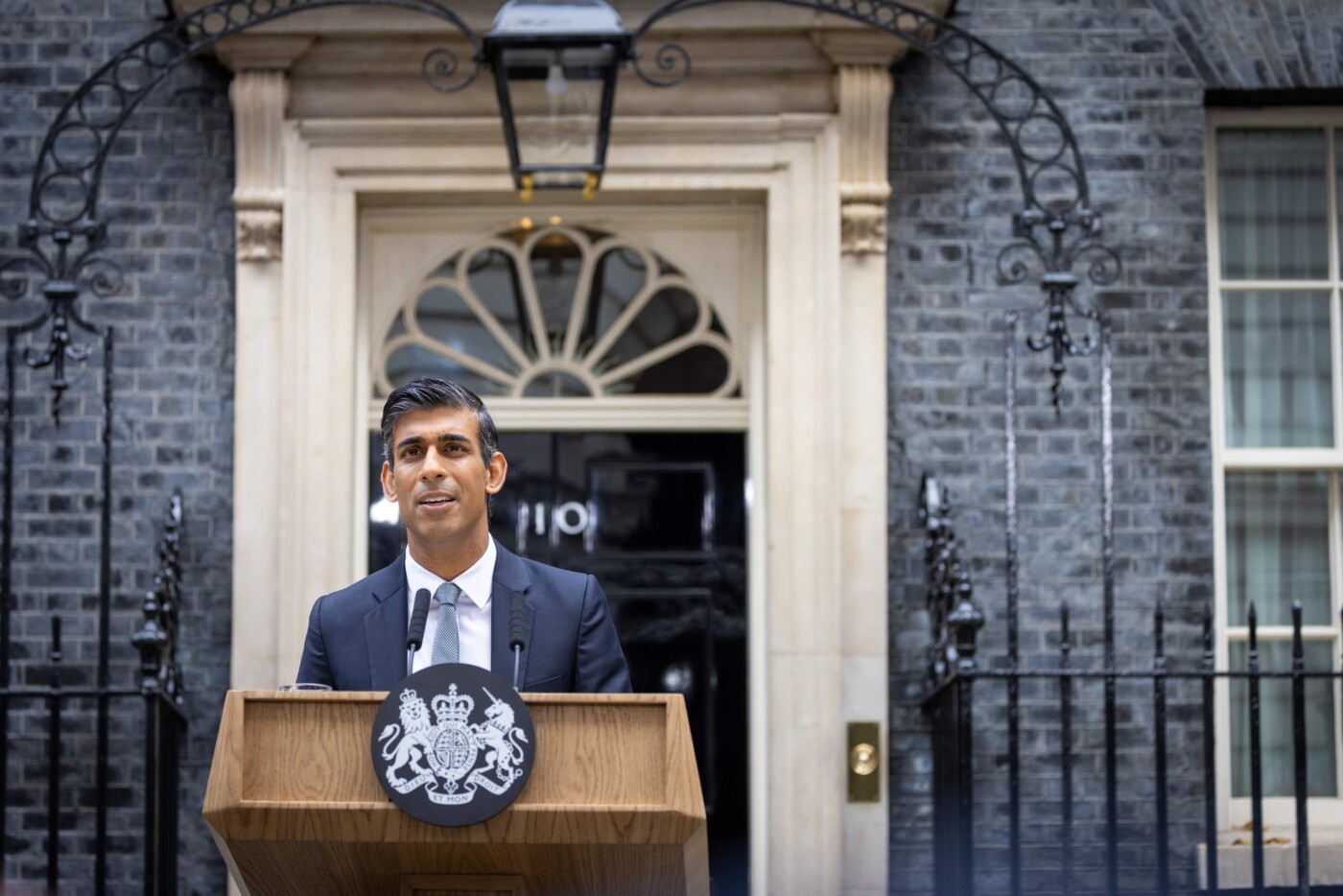 Politics is a fast-changing game, and that is no truer than in the case of Rishi Sunak. He’s had a busy year – he resigned as Chancellor of the Exchequer in July, a resignation that kickstarted the collapse of the Johnson administration. He stood as a leadership candidate, promising sensible economic policy, and was defeated by Liz Truss in September in a surprisingly close election. After the Truss government so spectacularly collapsed, MPs turned to Sunak to save the day. His historical ascendancy to the role of Prime Minister occurred exactly two weeks ago at the time of writing, and it has been a busy period. Here’s a look at the highs and lows of Sunak’s first fortnight in office and what these weeks may tell us about his premiership.

The UK economy is likely to be in recession for the next two years – the longest recession of modern times.

The Truss administration’s total mishandling of the UK economy was the main reason that she was so swiftly ejected and why her vanquished leadership rival Sunak was appointed to the top job. The UK is facing a cost-of-living crisis and inflation and the economic picture only looked worse after Truss’ disastrous mini-budget spooked investor confidence in the country. Sunak was seen as a safe pair of hands – he was chancellor and predicted exactly the economic difficulties Truss’ policies would cause during the leadership election. He’d inherited a frankly dreadful economic picture, so what would (or, indeed, could) he do? He kept Jeremy Hunt as chancellor and moved the 31 October mini-statement to 17 November, making it a full statement in the process. The markets, which calmed since Sunak’s election, were broadly positive, expecting the news and anticipating more substantial action as a result. In the meantime the Bank of England announced another interest rate rise up to 3% and warned that the UK economy is likely to be in recession for the next two years – the longest recession of modern times. Its predictions include the unemployment rate rising from 3.5% to almost 6.5% although it anticipates things will stabilise after the two years are out. Not great news for a government that will go to the polls during those two years, and the Sunak government will have to add to the misery with tax rises and spending cuts which are predicted to be worth around £60 billion. The government has refused to commit to protecting anything, and there are concerns that the poorest may be hit by cuts to the pension triple lock or benefits. Public spending departments have stated they have no more cuts to make, and the likelihood that everyone will face tax increases during a cost-of-living crisis is not an appealing prospect. Sunak knows he has a tough economic challenge to face – how he faces it is the number one issue of his premiership.

The challenge of rhetoric and perception will be harder to resolve.

Despite Sunak aiming to focus on the economy, immigration has been forced to the top of the pile for numerous reasons, one being his reappointment of Suella Braverman as Home Secretary mere days after she was forced to resign for breaking the ministerial code in a security breach. There has been backlash over the appointment, particularly against the backdrop of a worsening situation on the English Channel. At the time of writing, almost 40,000 people have crossed the Channel in small boats so far in 2022, a record amount, and successive Conservative Prime Ministers have promised and failed to get to grips with the situation. As a result, migrant holding centres are becoming dangerously overcrowded – one centre, Manston, has become the focus of much criticism after reports it is at more than double its capacity. There has been criticism on both sides – opposition parties and human rights groups have attacked the government for the “broken” migrant situation whilst those on the right are furious at the cost of putting migrants up in hotel rooms as a temporary solution given the country’s current economic position. On 30 October, there was a far-right terror attack on a migrant office in Dover – a number of petrol bombs were thrown at the building before the assailant committed suicide at a petrol station nearby. Although there has been no official link made, the opposition was keen to link anti-immigrant action to comments by the Home Secretary about the Channel crossings being an “invasion”. Sunak will want to deal with this migrant crisis – he is meeting with French president Emmanuel Macron to discuss joint resolutions, but the challenge of rhetoric and perception will be harder to resolve.

Truss dealt a lot of damage to climate policy in her short time in office and green groups were hoping that Sunak becoming Prime Minister would restore UK credibility in the field of climate, but the PM’s actions in his first two weeks were mixed. In response to a question from Green Party MP Caroline Lucas about whether he would uphold a ban on fracking, he confirmed that he would. He emphasised his desire to continue with the UK’s environmental aims after the country ends its COP26 presidency, paying tribute to King Charles III’s long standing dedication to working against environmental threats. However, the story that dominated was focused on Sunak’s initial decision not to attend the COP27 climate conference in Egypt “due to other pressing domestic commitments” – i.e. preparing the budget with his chancellor. This move invoked major backlash as did Sunak’s asking the King not to attend. Britain was sending COP26 minister Alok Sharma, demoted from cabinet, which was widely received as the Government not taking the crisis seriously. After sustained criticism, as well as the news that Boris Johnson would attend, Sunak announced on 2 November that he would go after all, the first major U-turn of his premiership. The move has broadly been welcomed, with Sunak using his speech to push for “clean growth” and asking nations to “live up to your climate promises”.

Why should someone who breached the ministerial code be trusted again?

The Labour Party and the media have repeatedly pressed Sunak on his reappointment of Braverman, with Starmer keen to stress that it was more about securing the backing of the right of the Conservative Party rather than any belief she could actually do the job. This is likely to be a line of questioning that Labour and the other opposition parties keep up as it invites a questioning of Sunak’s professed belief in integrity – the circumstances of Braverman’s resignation under Truss, days before her reappointment, were deeply controversial. It’s an open goal for Starmer to be asking why someone who breached the ministerial code should be trusted again. The Braverman case is far from Sunak’s only headache, however. Sir Gavin Williamson, appointed as Minister of State without Portfolio, sent abusive and expletive-laden text messages to former chief whip Wendy Morton regarding tickets for the Queen’s funeral. Downing Street described the messages as “unacceptable” but it has now emerged that Sunak knew about a complaint levied against Sir Gavin before appointing him to cabinet. Opposition parties are calling for Sir Gavin to be fired and in turn are questioning Sunak’s political judgement. There’s also the lingering question of a general election. There is no constitutional requirement for Sunak to call one, but he knows that he is the second Prime Minister this year elected with no mandate from the British people. He attempted to address this in his first speech in Downing Street, stressing his commitment to upholding the promises of the 2019 Conservative manifesto (on which he was elected, hoping to find his legitimacy there) but it’s likely that spending cuts will force him to cut promises made in the document and the harshness of the economic situation will likely lead to more calls for an early election both inside and outside of Parliament.

If these polls remain close on the economic question, it’ll be a tough thing to spin come the next election.

For Conservative MPs, dumping Truss was as much about the damage she posed to their own political futures as well as to the country. Truss’ leadership dragged the party down in the polls to record lows, with her own popularity levels at one point nearing those of Vladimir Putin. Under Truss, the Conservatives were predicted to get less than 20% of the vote – there was serious talk about the SNP becoming the official opposition, such was the scale of projected loss. New Prime Ministers usually receive a poll bounce – in Sunak’s case that hasn’t really manifested, but the polls are certainly looking a lot better than they were as the Truss government collapsed. The most up-to-date numbers put the figures on 46% for Labour, 28% for Conservatives – not amazing for the incumbents but a big step up on where they were two weeks ago. Things are still in a dire state for the party, with polling expert Professor Sir John Curtice warning it is likely the Conservatives will be “clobbered” in the next election. There’s also an interesting split on the economic issues that will likely characterise this administration. According to YouGov data Starmer is more trusted to deal with the cost of living, while Sunak is more trusted to manage the wider economy. Sunak is banking on his financial reputation and his ability to make tough choices as a major selling point for his leadership – if these polls remain close on the economic question, it’ll be a tough thing to spin come the next election.