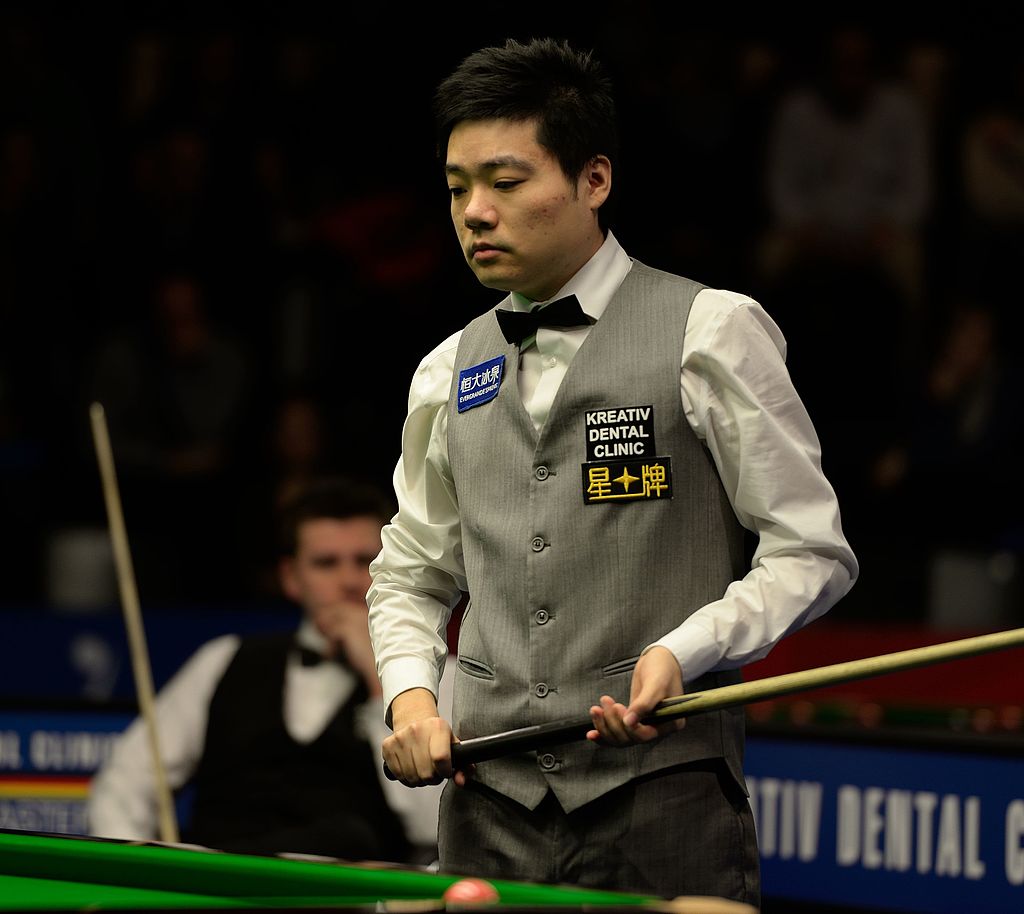 Ronnie O’Sullivan’s hope for an eighth UK Championship has been ended by Ding Junhui, who produced some top-flight snooker to whitewash his opponent 6-0.

It was the first time that O’Sullivan has ever been whitewashed at any of snooker’s Triple Crown tournaments, and it came just a day after the world number one produced a whitewash of his own against Zhou Yuelong.

Things looked tense in the opening two frames. In the first, Ding compiled 41, and then O’Sullivan made 45 before missing an easy black off the spot. Both men had chances – it came down to the colours, and after a safety error by O’Sullivan left the green over a baulk pocket, Ding cleared up. It was a similar story in frame two, as the two players built moderately-sized breaks before missing easy pots. Eventually, Ding eked out the win, to move 2-0 ahead.

Past that, O’Sullivan never really got going, and he only scored four points in the next four frames (he produced a great long red and green, before miscuing in frame four). He could do nothing but sit in his chair as Ding compiled successive breaks of 88, 94, 87 and then a century of 131 to secure the match.

After the match, O’Sullivan shrugged it off, and instead praised his opponent: “Today was one of those days. But it’s really going to ruin my career that one, isn’t it? I have been at this game for 30 years and taken a few knocks along the way. It doesn’t matter – it is all icing these days.

“Ding played fantastically well, and I wish he could play like that more. He is a class act, a fantastic player and so good for the game. I’d like to see him go and win it now, and I told him that afterwards – get the job done. We are all Ding fans, it would be nice to see him win it.

I had a bit of luck with the fluked red in the fourth frame as well, but sometimes you need that against Ronnie

“He is ranked where he is, No38 or whatever, because he struggles at some of these leisure centre venues being stuck on outside tables. That is very hard. The real class players enjoy an occasion like this to bring the best out of themselves and that is difficult because there aren’t many of those events. Most of them are in leisure centres.

“You don’t put a class racehorse on some muck old course and expect to get the best out of it. But that’s the way the tour is, he doesn’t thrive on it and it is a bit of an evener. He’s thinking ‘what am I doing here’? But a proper tournament, he’s here.

“I have not lost sleep over anything for the last 10 years, as long as it works for me and I am having fun I’ll keep pitching up. I’ll go and have a few Guinnesses and go for some runs.”

Ding said: “I am very surprised by the scoreline. Even when you are 3-0 and 4-0 up against Ronnie you expect him to come back strongly, as he has done against me before. So I was delighted to get first chance and score well in the two frames after the interval when I was 4-0 up. This is my biggest win in terms of margin over him – and I will remember today.

“The last time I beat him was here and I won the title, so I hope the same happens this year. There was a real battle for the first two frames, with many misses from both of us. But after that I just tried to remember how I played in the first two rounds, and I played and scored really well in the last four frames.

“I had a bit of luck with the fluked red in the fourth frame as well, but sometimes you need that against Ronnie. And I have had great support this week, a lot of Chinese students from York and other universities have come to cheer me on.”

Ding advances to his fourth UK Championship semi-final, where he faces Tom Ford. Ford booked his own place after defeating Joe Perry 6-4. In the other semi-final, Jack Lisowski will face Mark Allen.