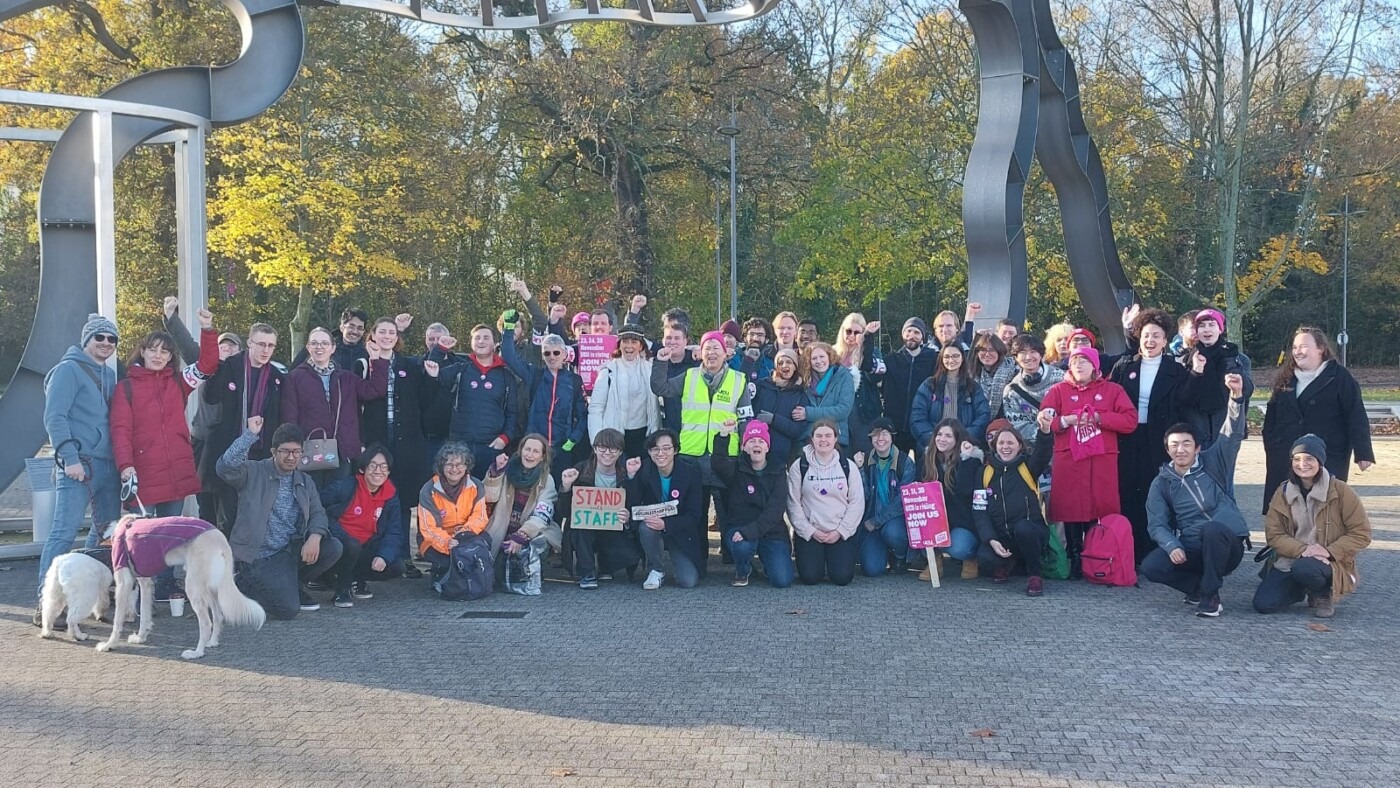 Staff and Students continued to picket at the bus interchange today, as part of day 2 of the University and College Union’s (UCU) industrial action.

The picket was held at the University bus interchange between 10am and 2pm, with Zarah Sultana, Labour MP for Coventry South, addressing the pickets around 11am.

Staff and students held up banners and played music in support of the strike, with tea and coffee distributed to those attending the picket. 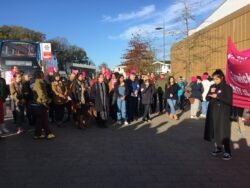 The UCU, who represent a range of professional service staff across the country, are demanding a pay rise of the Retail Price Index +2% or 12%, whichever is higher, the elimination of ‘casualisation’, a 35-hour week and action to close gender, ethnic, and disability pay gaps.

Clare Rowan, co Vice-Chair and Assistant Secretary (Casework) for Warwick UCU, told The Boar: “We’re on strike today as we were yesterday, and as we will be next week, because of an attack on our working conditions on our pay and our pensions.

I think it’s important that we show solidarity to our professors who work extremely hard and numerous unpaid hours.

Several students attended the picket to support the strike, with one telling The Boar that higher pay for staff would mean better learning for students: “I think it’s important to strike because these things affect everyone equally like a school wasting money on vanity projects instead of funding staff.

“I think it’s important because not only can that money instead go to students but it also [provides] having a more motivated staff.”

However, other students are opposed to the strike action, with a student telling The Boar before the strikes started: “I find it increasingly difficult to sympathise with the outdated tactics used by the UCU to pursue necessary improvements in working conditions for our teaching staff.

“Surely, after striking seemingly every year, the UCU can figure out a more modern approach to advocate for its members that doesn’t leave students in an awkward purgatory where we are forced to choose between supporting professors who leave us in the dark and an administration that should do better.”

The University previously told The Boar that it was “disappointed” that the strikes were going ahead.

There will be further strike action by the UCU on Wednesday 30 November.