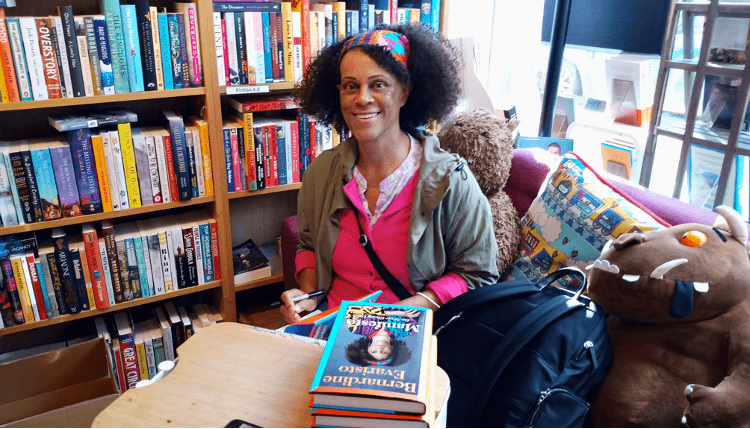 Bernadine Evaristo, the first black woman to win the Booker Prize, held a discussion event at the Arts Centre on Warwick Campus on 9 October.

Evaristo’s Booker Prize was won for her novel Girl, Woman, Other jointly alongside Margaret Atwood’s The Testaments in 2019.

The event was held due to the release of her newest book, an autobiography titled Manifesto. The novel focuses on the career she has had and the people that have shaped her. It was coined “the story of a trailblazer” by the Times Literary Supplement.

The talk was hosted by Lady Phill. She is known for her political activism work for racial, gender, and LGBT+ equality, which are the topics that the discussion heavily revolved around.

Evaristo spoke admirably of her parents’ influence over her literary career and that growing up she saw that “they did what they wanted to do” and so she too lived by this expression of freedom, both in her life and her writing.

On her own creative process, Evaristo said she tries “not to write for anybody” because “I really cherish my creative freedom”.

She stated: “My identity is as a writer. That is who I am and what I do… Writing is in my DNA.”

Evaristo also claimed that she has “spent years on writing something and then just thrown it away because it didn’t work”.

The audience was largely reflective of the student population as many attendees were young people. Hence, many listened intently when Evaristo answered the question: “What advice would you give to under 25 year-olds today?”.

She spoke about the burden of building relationships with what she termed as “your people” rather than putting up with those who “make you feel bad about yourself”.

Concern was also expressed for young people “because of the economy… and the rise of the far right globally”, but that “society will change for the better” regardless.

When asked how she had changed over the course of her life, Evaristo claimed she used to be much angrier, but now society is receptive to her works in a way that would have been inconceivable in the 80s. But she also found that you “have to be open to change”.

Other questions focused on Evaristo’s acceptance of an MBE, trans issues, and the novelist Tony Morrison, whose literature Evaristo greatly admires.