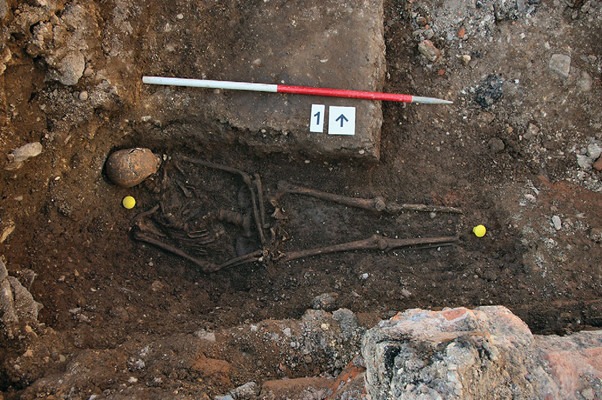 An academic has said he is likely to take legal action against the makers of The Lost King, a new film about the discovery of the body of Richard III.

Richard Taylor, who was part of the University of Leicester team that found and identified the bones of the king 10 years ago, said the film was “littered with inaccuracies”.

Steve Coogan, who stars in the film and co-wrote its script, said that “the university are responsible for their own undoing”.

The film stars Sally Hawkins as Philippa Langley, an amateur historian whose efforts to find the body of King Richard III led to the discovery of his remains under a car park in Leicester in 2012.

In its promotional material, the film is described as the “remarkable, true story”, while an on-screen declaration declares that the film is “based on a true story – her story”.

However, Mr Taylor, a former deputy registrar at Leicester, said that he was “absolutely shell-shocked” at the way he was portrayed in the film, and he said that the filmmakers had not tried to speak to him.

He said: “I think the film is inaccurate, and I think the writers have been very reckless in how they’ve put it together. Anybody who knows me knows my integrity is important to me.

“There are lots of people I have to work with who don’t know me – what are they to think, seeing a film like that?”

He added: “The film is littered with inaccuracies. It makes up a scene where I mimic Richard III’s disability, and have to be told by Philippa that it’s wrong to equate physical characteristics with evilness.

“That is the most hurtful personally and the most damaging reputationally. It is not true; it did not take place.

“I’d hoped my concerns would have chimed with Steve Coogan, who had his privacy invaded by newspapers over phone hacking. To see him on the other side of the fence now, doing this to me is quite frustrating. I feel kind of powerless in the way Steve would have felt.”

Mr Taylor said that he tried to engage with producers to get changes, including the removal of one scene and a note attached to the credits stating that the character is not based on him, but he said he had been refused.

He said: “I’m trying to be reasonable. I’ve tried to offer a way to bring this to a conclusion where they make some small changes.

“I have sought to engage in good faith with the producers to gain changes, but have been refused. Legal action is now likely.”

In a statement, a spokesperson for Leicester said that the film’s portrayal of events is “far removed” from the reality of what happened.

They added: “We worked closely with Philippa Langley throughout the project, and she was not sidelined by the university. Indeed, she formed part of the team interview panel for every single press conference connected to the king.”

Mr Coogan said he believed that the university had “played this quite badly”, and he disputed the claims of Leicester and Mr Taylor.

He said: “I think Leicester University assumed that their narrative would stand unchallenged for all eternity, which was an unwise thing for them to think.

“I’m not quite sure why they decided to relegate Philippa, who should have been front and centre, to the margins, and why she was not up there on the panel when they made the announcement that they could confirm through DNA analysis that it was indeed the body of Richard III.

“That should have been the crowning moment of a journey that she had started. They didn’t. She didn’t walk behind the coffin, all the academics did.”

Ms Langley said: “It’s not a documentary. It is a movie. I have had to fight to get my story told and the film does this.”

A spokesperson for the filmmakers said: “We stand by our film and Philippa’s narrative. The university and Richard Taylor have a different narrative, much of which is factually incorrect.”

One of the film’s producers said that filmmakers had been in contact with the university, despite Leicester claiming otherwise, but he stated that the intention of the film was to tell “Philippa’s story”.