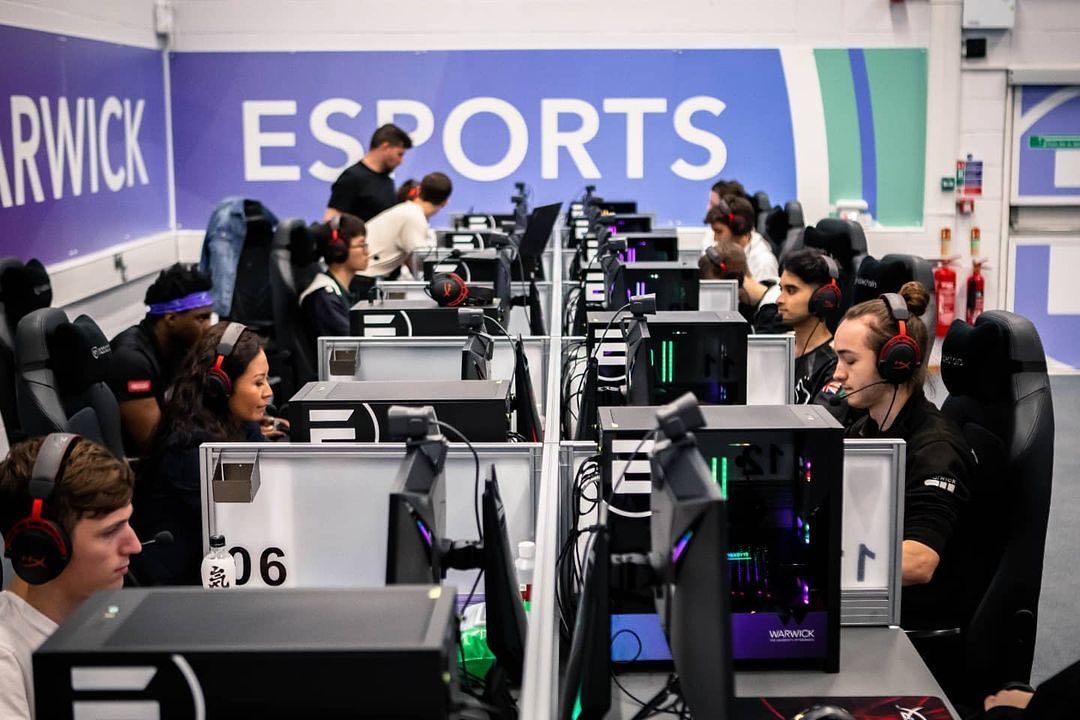 By Abhay Venkitaraman
Oct. 30, 2022
Posted in Elsewhere at Warwick, News

The University of Warwick Esports programme has enjoyed a “breakthrough moment”, being the only British University to have been shortlisted for two international awards.

Nominations are now open to a public vote which receives a 25% weighting and results will be announced on December 13 in Las Vegas, USA.

Formed in 2017, Warwick Esports society has enjoyed frequent success at the national level, winning the British University Esports championship four consecutive times. Currently maintaining over 6,000 members, it has added over 1,000 students to its ranks over the past year.

Alongside the society, the University opened an Esports Centre to the public in 2021. Hosting over 20 gaming desktops and a plethora of team-based games, it has more than 1,800 registered users.

“This nomination means everything to us,” noted Zak Glenn, Warwick Esports Communication Officer.

“It represents a culmination of all our years of effort, not only relentlessly training to become the number one competitive university in the country, but also to foster an inclusive, engaging community that provides equal opportunity to all its members.”

As part of their “Inspire Through Esports” programme, they provide year eight students the opportunity to visit the Esports Centre, where they can try their hand at everything from graphic design to video editing. Warwick Esports society also collaborates with Coventry City Football Club to deliver afterschool activities for local schools in Warwickshire.

The programme forms part of a burgeoning West Midlands esports ecosystem. The Global Esports Federation (GEF) – the convenor of the worldwide gaming community – has partnered with the region and it currently makes up a quarter of the UK’s £7.16 billion video games market. Royal Leamington Spa, a popular residential area for Warwick students, is the largest hub for video game development outside of London, hosting over 2,000 game developers and 30 companies.