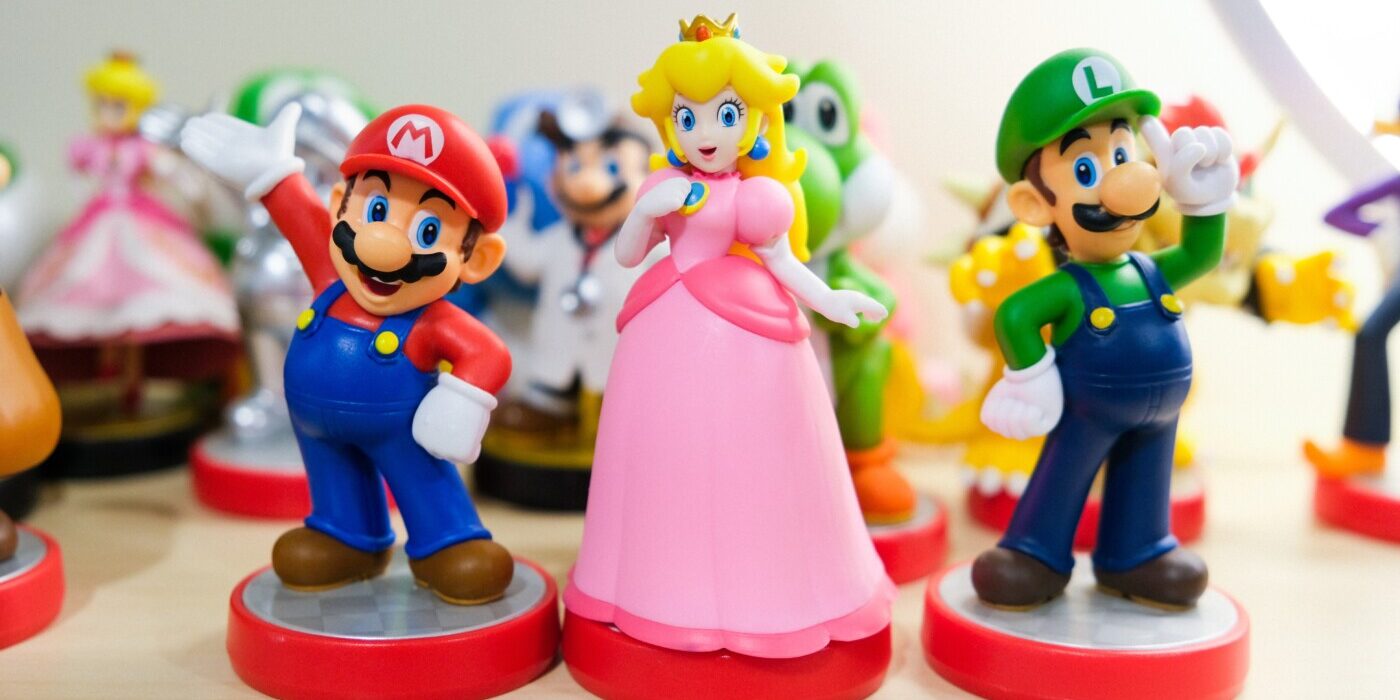 Let me start this piece off with two confessions. I hear so much talk about Dark Souls and similar games, that they’re brilliant because they’re so challenging and you get hours of content from them. I don’t like that. For me, a game lasting hundreds of hours is a turn-off. I don’t have that amount of time to invest, so I’d prefer my game to tend towards the easy and achievable. And that leads me to confession number two: I’ve only ever 100%-ed a single game, and it’s (unsurprisingly) a quick, easy game. Years back, I picked up a cheap copy of 2005’s Super Princess Peach for the DS, and the title delivered the fullest experience I’ve ever enjoyed in a game.

The game, as you’d imagine, is an inversion of the classic Mario formula. This time around, Bowser has kidnapped Mario and Luigi, and its up to Peach to rescue them. Bowser has acquired as item called the Vibe Sceptre, which has the power to control emotions, and he uses it to take his revenge. When Peach returns to the castle, she is given a magical talking umbrella called Perry and the ability to use vibes of her own (emotional powers that affect the over-world in different ways). Then, she sets off on her quest.

Super Princess Peach is a platformer that sees you run through eight different worlds, which are charmingly animated – the game looks great, with a cartoon style that is a joy to look at. Any platformer should ultimately be judged on its controls and developers Tose did a great job here. Peach is a naturally floaty character, but she still boasts a lot of skills that mean this adventure can’t just be ploughed through.

Perry lets you pick up, throw or absorb enemies, and his skills expand as you play. He can become a boat, an energy weapon, a tool for holding wires, and much more besides. It’s a puzzle set-up, and it’s challenging without being particularly hard – players my age are not going to be stuck, and I don’t recall being taxed that much when I was 11.

The other element you need to balance are Peach’s emotions. She has four states (joy, gloom, rage, and calm) that you activate via the touch screen, which can affect the world around her. Some of these mechanics start off obvious – gloom makes you weep, and you can use those tears to water flowers – but they’re employed later on in different, less immediately obvious ways. Admittedly, the idea of making a female character so emotional was one that was highly criticised, but this was an interesting mechanic that was realised really well in the game itself.

I find collecting things just to collect them to be a pointless endeavour. I like collectables to have a purpose, and this game excels there. There’s an enemy glossary (something I also appreciated in the PlayStation Spider-Man games), providing you with information about the enemies you defeat and making the world feel lived in. There are bonus puzzles, mini games, and replays of Perry’s story to unlock – these are well worth pursuing. You need to collect Toads to unload the final boss battle, and a replay opens up 24 extra levels. These are the kind of incentives I want in order to explore, and the world is contained enough to make exploration fun.

To this day, I’ve always wondered why Nintendo never ran with this game and made a sequel. It was well-received, with critics and general audiences, and it was one of the best-selling games on the console. A lot of reviewers suggested the game was too easy, but a remake could easily rectify that and further develop the ideas that made this game so enjoyable. There’s a market for family-friendly platformers and a new version of Super Princess Peach could fill that gap nicely. Until then, I’ll enjoy the original, and if you can find it cheap, I’d recommend it.