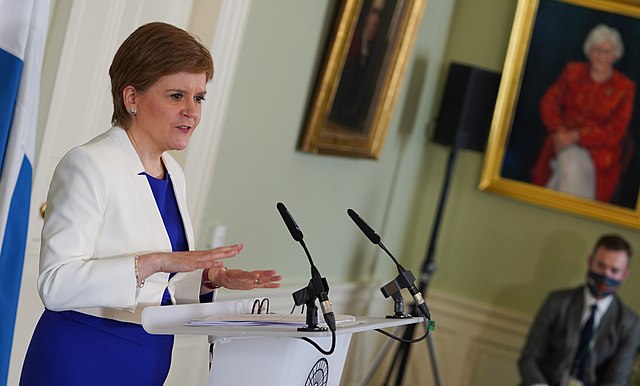 The SNP economic case for independence – do the numbers add up?

On 14 June this year, Scottish First Minister Nicola Sturgeon and minister Patrick Harvie unveiled plans for a series of papers arguing the case for Scottish independence. The papers would explore issues around independence including defence, social security, EU membership and – in the most recent paper  – economics. The Scottish economy was one of the factors that swayed the last independence vote, particularly as former Prime Minister Gordon Brown came out for the ‘no’ side, and the SNP will be hoping that they can prevent it being a repeat problem. So what’s the economic case for an independent Scotland now, and do the numbers add up?

Economics was a weak point for the SNP last referendum

First, a little backdrop. In 2014, there was an independence referendum in Scotland, with the ‘out’ side pushed by the SNP. Ultimately, 55% of Scots opted to remain in the UK, with 45% against, but that did little to quell the party’s appetite for independence – as a result of the changing economic conditions linked to the Brexit vote, and the elections of successive Conservative governments, the SNP argue that time is now for another vote. They are currently pursuing a change at the Supreme Court about whether the Scottish government has the legal authority for an independence referendum – they’ll win, or they’ll run the next election as a single-issue question on independence to develop a mandate.

Economics was a weak point for the SNP last referendum. They were reticent to answer some questions on the economy, such as how they would have maintained funding levels for free tuition and prescriptions – the Scottish government spends £127 for every £100 in raises in tax, and it runs a big deficit. Last referendum, its economic potential was based on the North Sea oil sector and links to the EU. But the oil price collapsed as President Trump encouraged more energy production in the US, and the EU was iffy on Scotland joining its ranks for fear it would stoke other successionist movements. Based on projections in 2017, Scotland would have either been bankrupt or under severe austerity by 2017 if it had voted for independence.

Let’s look at the key points. The Scottish government proposes that it would continue to use sterling for a period. At the same time, it transitions to a new Scottish pound “as soon as practicable” – after the government opts for the change, there would be borrowing to secure additional foreign exchange reserves. A Scottish Central Bank would be established after an independence vote, which would work to “build credibility” and report on the nation’s economic conditions. A Debt Management Office would also be created to manage cash requirements from day one, and the Scottish Fiscal Commission’s role would be expanded to provide forecasts and independent analysis of progress.

The paper stressed the benefits of removing trade barriers as Scotland joined the EU, and there would be border checks between Scotland and England as a result. The nation would address energy policy by de-carbonising the economy to provide cheaper energy and green jobs, with more detail to come in a future paper – it no longer looks to North Sea oil, and the paper acknowledges that the peak in revenue will likely pass before independence. As to the gap on government spending and tax income, the paper says it is not possible to make an assessment of Scotland’s fiscal position at the point of independence, but it said that the government would reject “austerity”.

The truth is that there are very few numbers to discuss, with much of the paper essentially a promise that things will be brilliant and that Scotland will not need to adjust its fiscal position post-independence

This last point hints at the paper’s problems – there are a lot of things that it does not address, and it provides few numbers and concrete details for the policies it actually presents. The paper brushes aside the fiscal deficit by stating “no estimate of the fiscal starting position is set out in this document”, thus ignoring a £7 billion hole in public spending. There is no mention of the potential economic damage linked to a Scotland-England trade border, and although the paper speaks about joining the EU, the implications about Scottish currency presented mean that such membership would be a long time off. It ignores the likely tax rises or cuts that would have to follow independence. Among the thing that remain undiscussed are defencing spending, overseas aid, pensions, changing the tax system, establishing new governmental departments after Westminster leaves, potential boosts to immigration, etc.

Do the numbers add up? The truth is that there are very few numbers to discuss, with much of the paper essentially a promise that things will be brilliant and that Scotland will not need to adjust its fiscal position post-independence. There are more papers to come, and it’s likely that we’ll learn more details as time goes by, but this paper simply rehashes many of the same economic promises of last referendum with a similar unwillingness to discuss their funding. As the political economist John McLaren writes, there may well be an economic case for an independent Scotland, but it “must be one based on reality”, and this isn’t it.