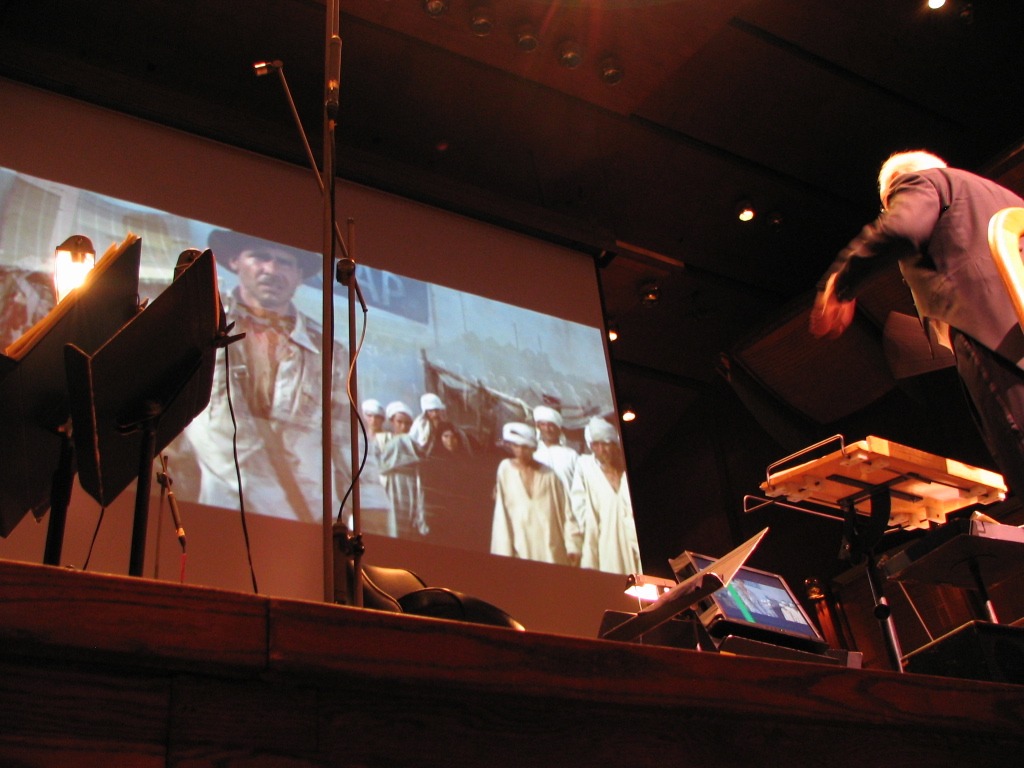 There are few names more well-known in the world of film scoring than John Williams. Words such as ‘iconic’ and ‘genius’ are readily and rightly used to describe him, and they are apt descriptions of his ability to write affecting and dramatic music to some of the biggest films of all time. We know his music for films such as Star Wars, Indiana Jones, Home Alone – he can bounce between genres with ease, yet it’s still a little surprising that there’s a courtroom drama in his oeuvre. That film is the 1990 Harrison Ford thriller Presumed Innocent, in which he plays a district attorney accused of murdering a co-worker.

You can find many novelties in Williams’ score, an interesting and richly minimalistic effort for a genre that normally asks music to stay out of the way. It’s a largely forgotten entry in Williams’ huge back catalogue, but the recent release of a ‘Deluxe Edition’ by Varèse Sarabande offers a fuller picture of the score than the contemporary album, and a number of specific arrangements and pieces that really reinforce the quiet beauty of the composer’s work here.

‘Love Scene’ remains a highlight of the score

The album begins with the ‘Main Title’, and it immediately introduces you to the film’s main melody – a gentle piano motif associated with Carolyn, the murdered woman. This theme will recur throughout the score, as we see her effect on the other characters. It’s a motif that also comes to represent conspiracy, for reasons I won’t reveal in the soundtrack review – it’s deceptively simple, and it makes a wonderful contrast to the solo horn theme we hear on this opening track that gives a tragic dignity to Ford’s character Rusty. Listen to how the two ideas are cleverly threaded through the score, and you’ll get a sense of the interactions even without knowing the film (although I would recommend it).

‘Love Scene’ remains a highlight of the score, with seductive solo piano evolving into something far more dangerous and dissonant. The instrumentation, particularly the screaming strings, really gives you a sense of the corruption of Rusty as he embarks on his affair with Carolyn. There’s a combination of allure and horror in this cue, and it perfectly encapsulates the feeling of both the album as a whole and the film. This track is also a great example of Williams using subtle electronics to build atmosphere, the careful echoes are a reflection of the impact of Carolyn and the past on the present.

Things really come alive from ‘The Boat Scene’, the 22nd track – the point in the film in which Ford learns the truth, and which demands the music responds accordingly. ‘The Basement Scene’ begins with Carolyn’s piano theme and some crying strings and then lets the ensemble grow to match Rusty’s emotional state as he learns the truth. The music remains low, joined by a meandering piano and the horn which all work together, the themes combining as we build up to ‘The Confession’ (not the piece’s full title, but I’m not going to provide the frustrating spoiler that the track name does). Then it’s a case of mournful music, a subtly simple string and piano providing a tragic elegance to the final revelation. It’s understated and oppressive, a mood that continues into the ‘End Credits’ that combines all of the main themes and instrumentation into an effective suite – the electronic female vocals are really haunting.

The major appeal of this new album is that it comes with nearly 35 minutes of extra music – seven more minutes of score music, and then 28 minutes of album versions of some of the key music. There are few entirely new cues, with the new release offering the opportunity to break up some of the longer cues into more cohesive sizes, and the additions don’t really impact the album flow at all. These album suites are a nice bonus edition, as is an expanded selection of liner notes by film music expert Jeff Bond, discussing both the tracks and the film itself.

I’m not going to make the case for Presumed Innocent as one of the all-time great John Williams scores, such is the strength of his back catalogue. But it is so much better than it’s often given credit for, and the 2022 score re-release does a lot to showcase the complexities of music unlike much of the composer’s repertoire. It’s a consciously understated score that uses few instruments in dark ways, and I’m not going to claim it’s a go-to if you’re after an easy listen. But it’s a wonderful example of a score that matches the action and feel of its film perfectly, and the 2022 Deluxe Edition is a brilliant way to experience it. The music may not have the wide appeal of something like Star Wars, but that doesn’t mean it’s any less of a masterpiece.