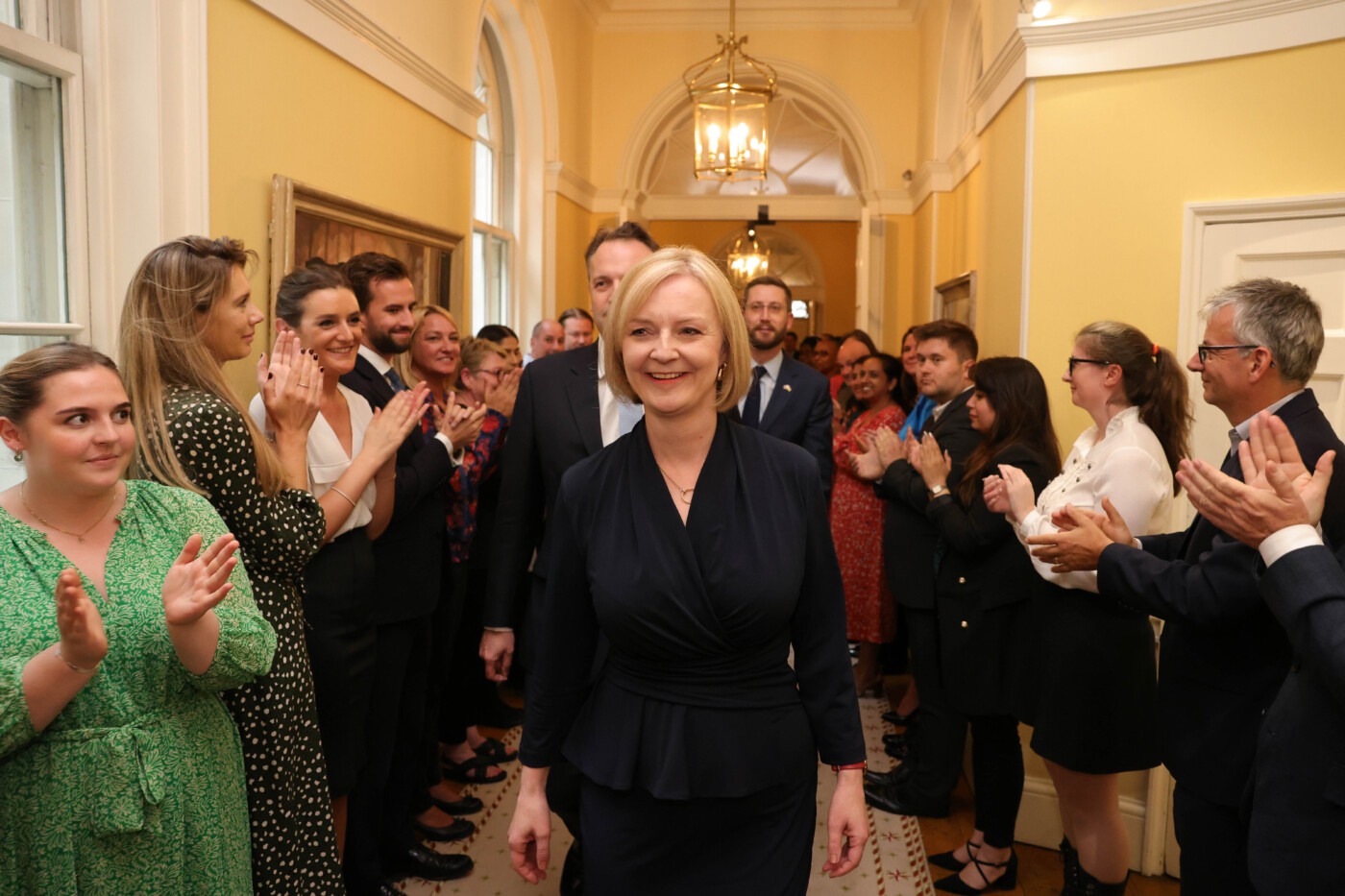 Liz Truss resigns: a look at her premiership

After a period of political crisis, the inevitable happened – Liz Truss announced her resignation as Prime Minister earlier today, just 44 days after assuming the office. Hers is the shortest-serving premiership in British political history, easily defeating George Canning’s record of 119 days (he died in office from tuberculosis). How did this happen – how did it take fewer than two months for the new Prime Minister’s leadership to collapse? Here’s a look at the Liz Truss premiership.

Truss was elected as Conservative Party leader on 5 September, defeating leadership rival Rishi Sunak with 57.4% of the vote to his 42.6%. Her campaign was characterized by promises to scrap the National Insurance rise that had been announced in April, and to reduce a number of other taxes in order to provoke economic growth. She also promised to support the country through the cost-of-living crisis, although she withheld details as to the exact shape of that support until she won the election.

She assumed office on 6 September, and immediately assembled a Cabinet of loyalists – Kwasi Kwarteng was appointed Chancellor of the Exchequer, James Cleverly became Foreign Secretary and Suella Braverman was Home Secretary. Her friend Therese Coffey was the new Health Secretary, and she also assumed the role of Deputy Prime Minister. Truss attended her first Prime Minister’s Questions (PMQs) on 7 September, in a performance widely derided as wooden.

Truss had been received by the Queen just days earlier, becoming the monarch’s 15th and last Prime Minister.

The new Prime Minister expected that the first order of business would be the cost-of-living crisis, but events took a turn – during a Parliamentary debate on 8 September, both Truss and Labour leader Sir Keir Starmer were informed that the health of Queen Elizabeth II was in decline. At 18:30 that night, Her Majesty’s death was announced. The Prime Minister delivered a statement that night outside 10 Downing Street, in which she described the Queen as “the rock on which modern Britain was built”. Truss had been received by the Queen just days earlier, becoming the monarch’s 15th and last Prime Minister.

Parliamentary business was suspended until 21 September for a period of national mourning, in which the Prime Minister necessarily took a backseat. She and other senior MPs swore an oath of allegiance to King Charles III on 10 September, and he addressed Parliament for the first time as monarch two days later. The state funeral of the Queen took place on 19 September, and Truss read one of the lessons at the ceremony in Westminster Abbey.

After the funeral, it was time to address the cost-of-living crisis, and Truss had earlier announced plans to freeze energy bills at an average of £2,500 for two years, something she would fund through increased borrowing. But a particular policy soon dominated the economic discussion – plans to lift the cap on bankers’ bonuses. Truss said that it was a “difficult decision” that would help boost the economy, and that she didn’t mind being unpopular, but it was a huge political own goal that went down poorly with the electorate and MPs.

On 23 September, Kwarteng announced a ‘mini-budget’ that was designed to provoke growth in the UK economy. He said that it would provide the “biggest package in generations” of tax cuts, and it was full of measures that were expected – the energy freeze, strike legislation, the bankers’ bonuses. But it went much further than expected, announcing about £45 billion in tax cuts, and it came without an Office for Budget Responsibility (OBR) forecast to explain how this would be paid for, despite such documents being potentially available.

She faced criticism for sacrificing Kwarteng to protect herself.

The markets reacted badly, and the pound hit a 37-year low against the US dollar. The Bank of England (BoE) was forced to step in and launch a £65 billion emergency intervention, buying government bonds to protect pensions and to try to secure UK economic stability. The BoE put out a statement saying it would buy bonds on “whatever scale is necessary” to calm markets, and two further inventions would come. The International Monetary Fund took the unusual step of issuing an openly critical response to the budget, and it encouraged the UK to change course.

Truss and Kwarteng scrambled to control the damage, and on 3 October, a particularly contentious plan to scrap the 45p of income tax earners for higher earners was dropped. More reversals and U-turns were promised. But the damage was done, and economic turmoil continued. In response, and in order to save her own skin, Truss sacked Kwarteng as Chancellor on 14 October, appointing Jeremy Hunt as his replacement. She faced criticism for sacrificing Kwarteng to protect herself, and an eight-minute press conference that night went down poorly after Truss only took a handful of questions.

Hunt’s approach to restore fiscal normality was to scrap most of the economic measures that Truss had pioneered, effectively killing the programme on which she was elected as leader. She was forced to sit in Parliament in silence as Hunt dismantled her programme and promised massive spending cuts and tax hikes just a week after the Prime Minister has said such cuts would not happen – there was now open talk that Truss was a lame duck, with Hunt the de facto PM. Questions now appeared about whether the government would protect the pension triple lock and an intended defence spending increase as cuts were on the horizon – Truss later confirmed that they would.

A handful of Conservative MPs were calling for Truss to go, and she hoped that a good performance at PMQs on 19 October could reinstate some authority. She did serviceably, but events took a turn after Braverman resigned as Home Secretary that afternoon. It was ostensibly due to a breach of the ministerial code, but in her resignation letter, Braverman expressed “concerns about the direction of the government” and added that she “had serious concerns about this government’s commitment to honouring manifesto commitments”, a clear attack on Truss. Grant Shapps was appointed as Braverman’s replacement.

With Truss’ resignation, a new leadership contest has been announced.

That night, the Labour Party had put forward a motion to allow Parliamentary time to discuss a ban on fracking. Truss pledged in the leadership campaign to lift the ban, but the 2019 Conservative manifesto promised to keep it. MPs expressed their concerns about the change, and were struck after confusion about whether the motion would be treated as a confidence vote in Truss’ government. There was chaos during the vote, with allegations of bullying and ministers manhandling MPs, and although the government won the vote, its credibility was further harmed. There were reports that the Chief Whip and her Deputy had both resigned, though it was later clarified that this was not the case.

The next morning, 20 October, Truss’ grasp on power was further weakened. More and more MPs were calling on her to resign as the polls kept getting worse, and a damning video of veteran MP Sir Charles Walker decrying the state of the government was headline news everywhere. It was widely expected that it would now be a case of ‘when’, not ‘if’, Truss stood down – after meeting with Sir Graham Brady earlier in the day, Truss made a speech outside 10 Downing Street to announced her resignation.

With Truss’ resignation, a new leadership contest has been announced, which MPs hope will be restricted to them voting, after the members’ support for Truss proved so painful – there will be an online vote if two candidates advance to the final stage. It will be concluded in a week, with a new leader in place by 31 October. At the time of writing, Jeremy Hunt, Michael Gove and Tom Tugendhat have confirmed that they will not be running – it is expected that Rishi Sunak is the likely successor, in large part because of his second-place finish during the last contest, while there are outside suggestions that Boris Johnson or Theresa May could return as established leaders. Other names in the ring include Ben Wallace, Suella Braverman and Kemi Badenoch. Other parties have called for an immediate General Election, and it’s politically hard to see how the next Prime Minister could refuse this, but there is no actual requirement that this will happen.

A budget will come on 31 October, a few days after the new Prime Minister takes office, and they will aim to restore some degree of political stability to the UK. But, despite the inherent hilarity in the fact that a lettuce outlasted Truss, this is dramatic, and it throws the country into turmoil. The Truss premiership may have been the shortest in British history, but it may still be one of the most politically consequential nevertheless.