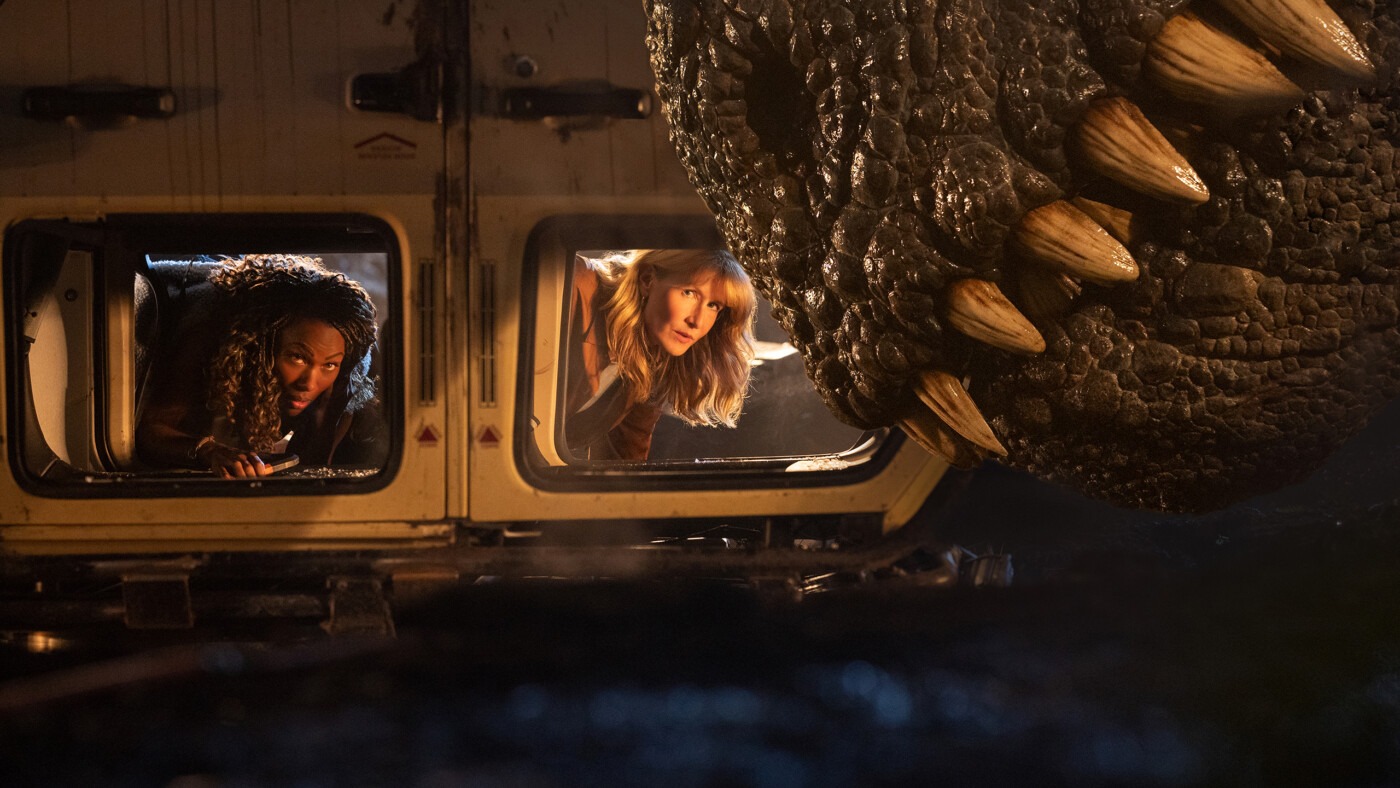 It was almost 30 years ago that Sam Neill looked up in awe at a reanimated Brachiosaurus, and a cinematic legend was born. Jurassic Park is an iconic film, and the slew of sequels that followed – while fun in their own ways – have all failed to live up to the magic of the original. Now, the sixth and final film in the franchise, Jurassic World Dominion, has landed in cinemas, reuniting the old cast and promising a conclusion for the ages. Does it deliver? In a word, no – I’m gutted to write this, but Dominion is a rambling and often contrived film that is much less than the sum of its parts.

After the events of Fallen Kingdom, dinosaurs are now living alongside humans around the world, and our species is learning to cope. Claire Dearing (Bryce Dallas Howard) and Owen Grady (Chris Pratt) live in a remote cabin, protecting the cloned Maisie (Isabella Sermon) from outsiders. Meanwhile, a swarm of extinct giant locusts is threatening the world’s food supply, and paleobotanist Ellie Sattler (Laura Dern) suspects that the biogenetics company BioSyn may be responsible for the creatures. With the help of former partner Alan Grant (Neill) and mathematician Ian Malcolm (Jeff Goldblum), she investigates the company’s headquarters. Circumstances soon put the old guard in contact with Claire and Owen, and the group work together to fight the threat.

It’s all so half-hearted, like a greatest hits album from a franchise that doesn’t want to perform those hits but doesn’t have anything else in the bank

I tried to write a plot summary here, but it was a hard challenge because ‘plot’ might be overstating what we get. Think of it as a series of set pieces, linked together through some hideous contrivances and coincidences (a car crashing directly in front of some characters in a place thousands of acres in size is one of the most egregious examples). Fallen Kingdom set up a cliffhanger that Dominion doesn’t care about, which is bizarre, and so the film just offers more of the same. This is not to say there aren’t good moments – the opening shots of Owen are lovely, and I found the Malta chase sequence genuinely exciting – but they’re fleeting and far between.

Instead, the film focuses on a boring locust plotline and a limp villain to tie things together, but there’s never really any threat. We’ve got about ten main goodies, and you never believe any of them are in any danger from any of the dinosaurs, diffusing the tension in the constant CGI dino-chase sequences. It’s all so half-hearted, like a greatest hits album from a franchise that doesn’t want to perform those hits but doesn’t have anything else in the bank. Dominion tries to hold our attention with a mother storyline between Claire and Maisie, but it’s painfully forced, and it requires a complete rewriting of everything we were told about Maisie in the last film – why evoke it only to ignore it?

Instead of the franchise going out on a high, it’ll leave you glad of its extinction

It’s baffling – the film makes a big deal of bringing the old leads back together, and then does painfully little with them to warrant it. Sattler is ostensibly the main character, and Dern gives more than the script gives her – it’s genuinely exciting to see her and Neill back on screen together (although there’s a romance storyline that lingers for no reason whatsoever). Malcolm spends half the film playing second fiddle to his uber-competent sidekick Ramsay (Mamoudou Athie), but when Goldblum gets to have fun, he carries the last hour. It’s good they’re there, because Howard and Pratt seem really bored – most of their plot line involves hanging out with cool new pilot character Kayla (DeWanda Wise), mostly because the script demands it.

I love the Jurassic films, and even the worst ones have their merits and are a fun watch. But this film promised so much, with an interesting potential set-up and use of all the key characters, yet it just doesn’t deliver. Done right, Dominion could have been a celebration of one of cinema’s most iconic franchises, and a perfect mash-up of nostalgia and the new in a thrilling summer blockbuster. I really wish that’s what we had, but no – instead of the franchise going out on a high, it’ll leave you glad of its extinction.