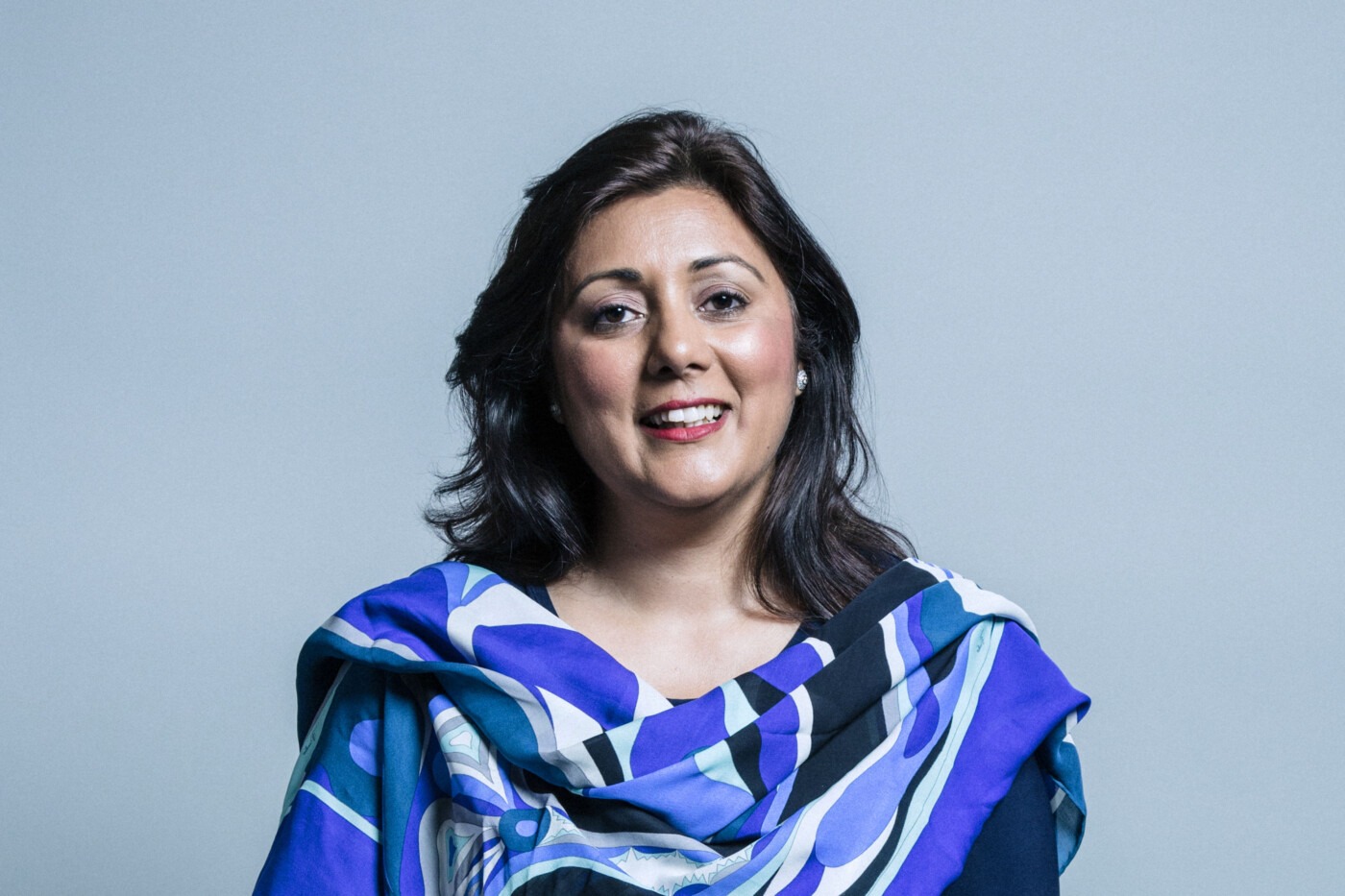 The UK government has announced the name of its next science minister, ending a three-month vacancy for the post. Nusrat Ghani, the MP for Wealden in East Sussex, has taken the role, which has been left vacant since 7 July, after George Freeman quit in a series of mass resignations against the leadership of then-PM Boris Johnson. Kwasi Kwarteng, and then Jacob Rees-Mogg, have been in charge of the brief on a temporary basis, and her appointment goes some way to ending months of sector concern about a seeming lack of government interest in science.

Ms Ghani has been given the title of ‘minister for science and investment security’ – the position has been elevated above a junior ministerial position, but it’s short of the sector desires for a cabinet-level position. Her responsibilities include areas such as Horizon Europe membership – either securing a post-Brexit continuation of the nearly €100 billion research-funding EU scheme or working on a domestic back-up fund. She will also be in charge of innovation strategy and vaccine production, and support or mitigate the concerns of scientists worried about the cost of living. According to James Wilsdon, who studies science policy at the University of Sheffield: “The real worry now with all the fresh talk of cuts to existing spending commitments is that aspects of [the] science [funding] settlement made in 2021 may be up for discussion, particularly if association to Horizon Europe does not happen.”

The appointment comes after months of the sector voicing major concern about the long vacancy, and the UK’s role in global science

Ms Ghani is the 10th UK science minister since 2010, and she comes to the post with limited experience of research (she did work with Age UK and Breakthrough Breast Cancer, which funded research into the disease). Since becoming an MP in 2015, Ms Ghani has only mentioned science on a few occasions in the House of Commons, but she did serve as a rapporteur for the NATO Parliamentary Assembly’s subcommittee on science and technology. She authored a paper in August 2021 that called for members of NATO to enhance their science and technology links with Japan, South Korea, and Singapore. It also stated that the “rise of China” was a central cause for concern in the region, so it’s likely that Ms Ghani’s tenure will lead to a tougher line on academic collaborations between Chinese and UK academics.

The appointment comes after months of the sector voicing major concern about the long vacancy, and the UK’s role in global science. Before the news, Beth Thompson, associate director of policy for the Wellcome Trust, urged the new prime minister to avoid complacency that could damage the country’s research sector. “There is a vital need for global collaboration; UK-based scientists and institutions need to collaborate with their counterparts around the world, and the UK needs to be an attractive and exciting place to work. Securing the UK’s global role in science won’t happen by accident. This work should be overseen by a science minister who can work across government to agree priorities and implement a plan. The prime minister must prioritise bold commitments to turn ‘science superpower’ from catchphrase into reality, putting science and innovation at the heart of their agenda.”

Other organisations, including the Institute of Physics (IOP) and the Royal Society of Chemistry (RSC), issued similar concerns: “If the new government wants to maintain the UK’s position as a world leader in research, development, and innovation, it needs not only a dramatic increase in public research and development spending, but also a dedicated science minister to work with the scientific community and unlock the transformative potential of our world class science and innovation base.” They will hope that Ms Ghani can resolve some of the immediate issues facing the science sector and help expand it in future.