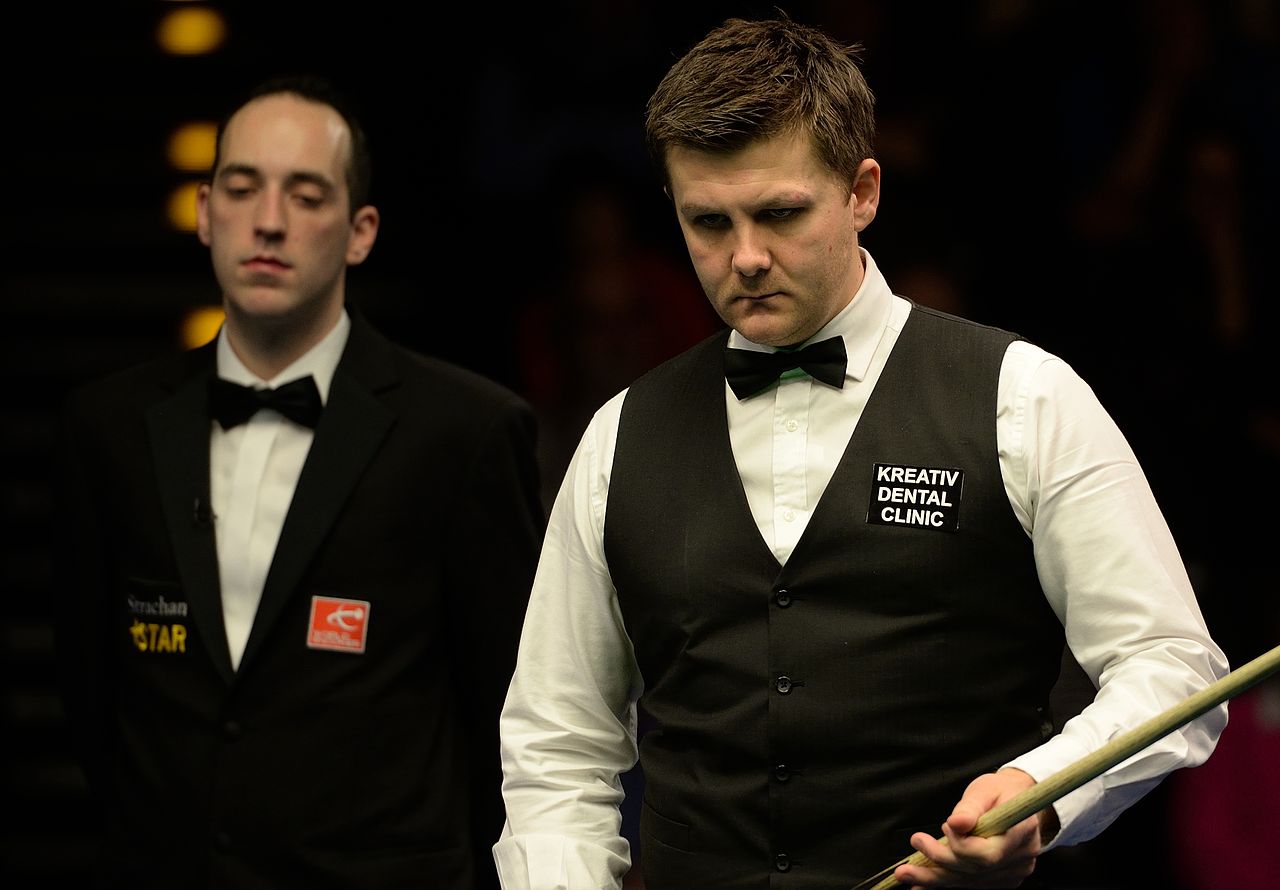 On Day Five of the tournament, only eight players remained in the 2022 British Open. And by the time night fell, those eight would be reduced to four for today’s semi-finals. Here’s what happened as the prize gets ever closer to the remaining players, and they vie for a spot in the next stage.

Mark Selby has been the form player all tournament, but he faced tough opposition in Mark Allen, who knocked out favourite Judd Trump to set up this quarter-final match (at this stage, the matches are now best-of-nine affairs). Selby started strong, with a break of 123 winning the opening frame and laying down the gauntlet. Allen responded, and then some – a safety battle gave Selby a chance, but Allen levelled in a couple of visits. He moved in front after an incredible 143, and then fought back from 25 points down to go 3-1 ahead. Selby took advantage of his first chance to pull a frame back, with an excellent 103, and then a safety battle levelled the scoreboard. It was a scrappy seventh frame in which neither player took risks – Selby was 39 ahead with 51 remaining, and Allen needed every colour to win. It happened, stunning Selby, and he did not pot another ball as Allen made a 126 to win the match.

After the match, Allen said: “I played well to lead 3-1. His safety went up a level. His safety was absolutely immaculate until the seventh frame. Mark was getting on top, but for me the turning point was making a good clearance to go 4-3 up. For all his dominance, I was only one frame away and finished it with a nice century.”

The momentum was with Day going into the seventh-frame, which he won to move within one of victory

In comparison, the Robbie Williams vs Lyu Haotian match proved much more one-sided. Haotian won the opening frame, and he was leading 55-0 in the second. But then Williams had a chance, and he seized it, hitting back and levelling the match on the colours. That was a turning point – Williams produced a superb run, winning the next four frames in a row to win 5-1 and book his place in the semi-finals. He said: “I didn’t score well today [his highest break was 49] but it was all about getting the win. The main thing for me is concentration. In the past I have struggled with keeping my focus at the big moments, but I have managed to do that this week. That has made a huge difference.”

There were two more matches in the evening, starting with Noppon Saengkham against Jamie Jones. A long safety exchange led the first frame, before Saengkham had the first chance – it took two visits, but he won the first game. A long red gave Saengkham the initiative in frame two, and an 89 gave him the frame. Things were very scrappy in the third frame, but Jones did enough to put his first frame on the board. Both players had chances in the fourth frame, but a long red and a double meant it was 2-2. Jones tried to make something happen in the fifth frame to seize the lead, but Saengkham kept pulling out interesting shots to assemble 102. The two players both had good opportunities to win frame six, and things were clearly tense, with lots of surprise misses – after Jones potted the final red, things were tight at 3-3. Frame seven, and things were very stop-start, as both players struggled to put points on the board, but Saengkham finally took a chance and made a 63 to move one away. And, after a frame of some low-quality snooker by both men, Saengkham put together enough points to win 5-3.

Ryan Day faced Yuan Sijun for the final quarter-final place, and things went much the same as the Saengkham-Jones match in the first session – we ended on 2-2 after a number of safety battles and both players taking chances. Yuan inched in front, but Day equalised after a sixth-frame battle that ended on the final pink. The momentum was with him going into the next frame, which he won to move within one of victory. Yuan responded, taking things to a decider, but an error by the Chinese player gave Day a chance to make a 134 and advance.

The final highlight of the night was tomorrow’s draw – on the sixth day, Mark Allen will face in the morning, while Robbie Williams will face Ryan Day in the evening. The two winners will advance to Sunday’s final.