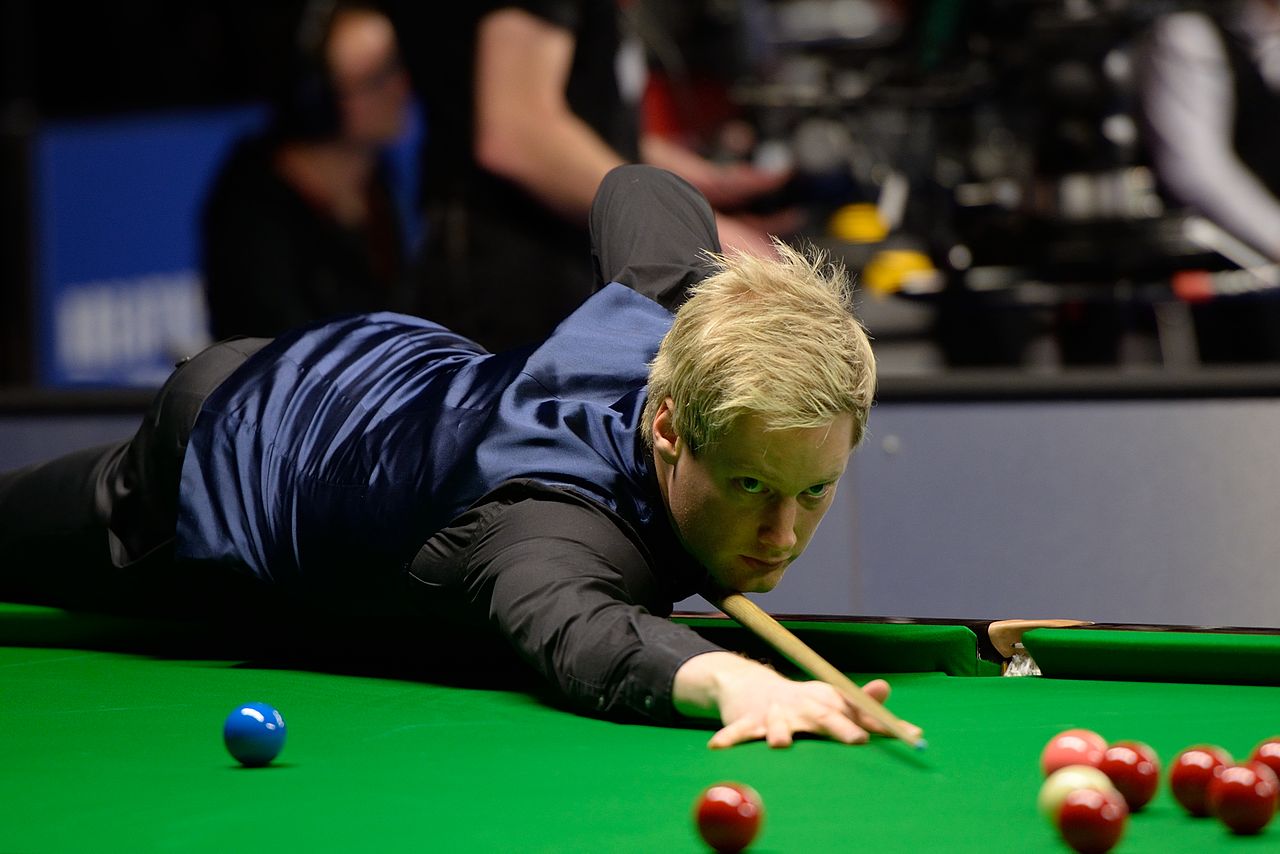 The first mixed doubles event in snooker came to an end with a victory for Neil Robertson and Mink Nutcharut, who rose from the bottom of yesterday’s league table to book a place in the final and win. Here’s a recap of how things went down on day two.

The first match pitted Trump/On-yee against Robertson/Nutcharut, the latter team needing to win all four frames to have any real shot of making the final. Robertson made a strong break in the first frame, and although he didn’t win in one visit, it was enough to eventually draw first blood. Trump made 20 in the second frame but failed to really take advantage, and a 50 by Robertson put his team in a good position – a small safety battle made it 2-0. Trump made a 38, then Nutcharut followed with a 39, and then won with a superb 74, the highest break for her team all tournament. It was 3-0, and Trump/On-yee needed to make something happen. But, try as they might, they could not respond to Robertson and Nutcharut, who secured their fourth victory of the afternoon.

As a result of these matches, Trump and On-yee were eliminated with only four points, and Selby and Kenna were guaranteed to progress to the final. It was all down to O’Sullivan and Evans, who needed at least two points – if they drew with Robertson/Nutcharut on six, O’Sullivan’s higher break of 111 yesterday would mean they would move to the final.

With the round robin format, that meant there was only one group-stage match left – O’Sullivan/Evans against yesterday’s dominant Selby/Kenna. It was a scrappy safety battle all frame, with a double kiss on the final brown ultimately handing a hard-fought frame to Selby/Kenna. A red got stuck behind the black over a pocket in frame two – a delicate break of 36 by O’Sullivan, added to a 15 by Evans, was enough to level the match. It was another prolonged safety battle in frame three, which ultimately went the way of Selby/Kenna after a 67 break by the former player after a mistake by Evans. The pre-tournament favourites then had to win the final frame, but then never really had a chance, and a break of 78 by Selby sealed their fate.

It was an unexpected final, then – Selby/Kenna had the longest odds with the bookies before the tournament, and few expected that we’d see Robertson/Nutcharut in the final after they struggled to get off the mark yesterday. Selby set the pace with a 107 break to win the first frame, then Robertson levelled, taking advantage of a miss by Kenna to make a 69. Two good breaks by Robertson put his team in place to win the third frame, and a few good pots by Nutcharut moved things to snookers required – after a battle, the Robertson/Nutcharut moved into a 2-1 lead.

After the mid-session interval, a bad safety by Nutcharut gave the first chance to Kenna. But she missed a fairly simple red, giving the table to Robertson, who made a 67 break before missing a tough red. Selby came to the table with 67 remaining, and did a lot before an unfortunate kiss left one red on the table. Kenna left it over the pocket after a safety, but Robertson missed, hope was still alive. The Australian returned to the table, though, and extinguished that hope – his team was 3-1 ahead, needing one to win.

Selby/Kenna needed to make something happen. Selby made a 40 before a split went poorly, but the Robertson/Nutcharut team couldn’t capitalise – Nutcharut missed a pot she seemed very reluctant to take on, and then Selby secured the frame. The first chance in what would turn out to be the final frame went to Nutcharut, who struggled with position. Things then went scrappy, but a poor safety by Kenna let Robertson back to the table with the balls at his mercy. He reached snookers required, but Selby/Kenna could do little to prevent the Robertson/Nutcharut victory 4-2, a win that few people would have seen coming this morning.

It was a tense battle, and all the competitors ended their interviews hoping that the event will play a part in increasing the awareness of the women’s game and encourage young girls watching to pick up a cue.