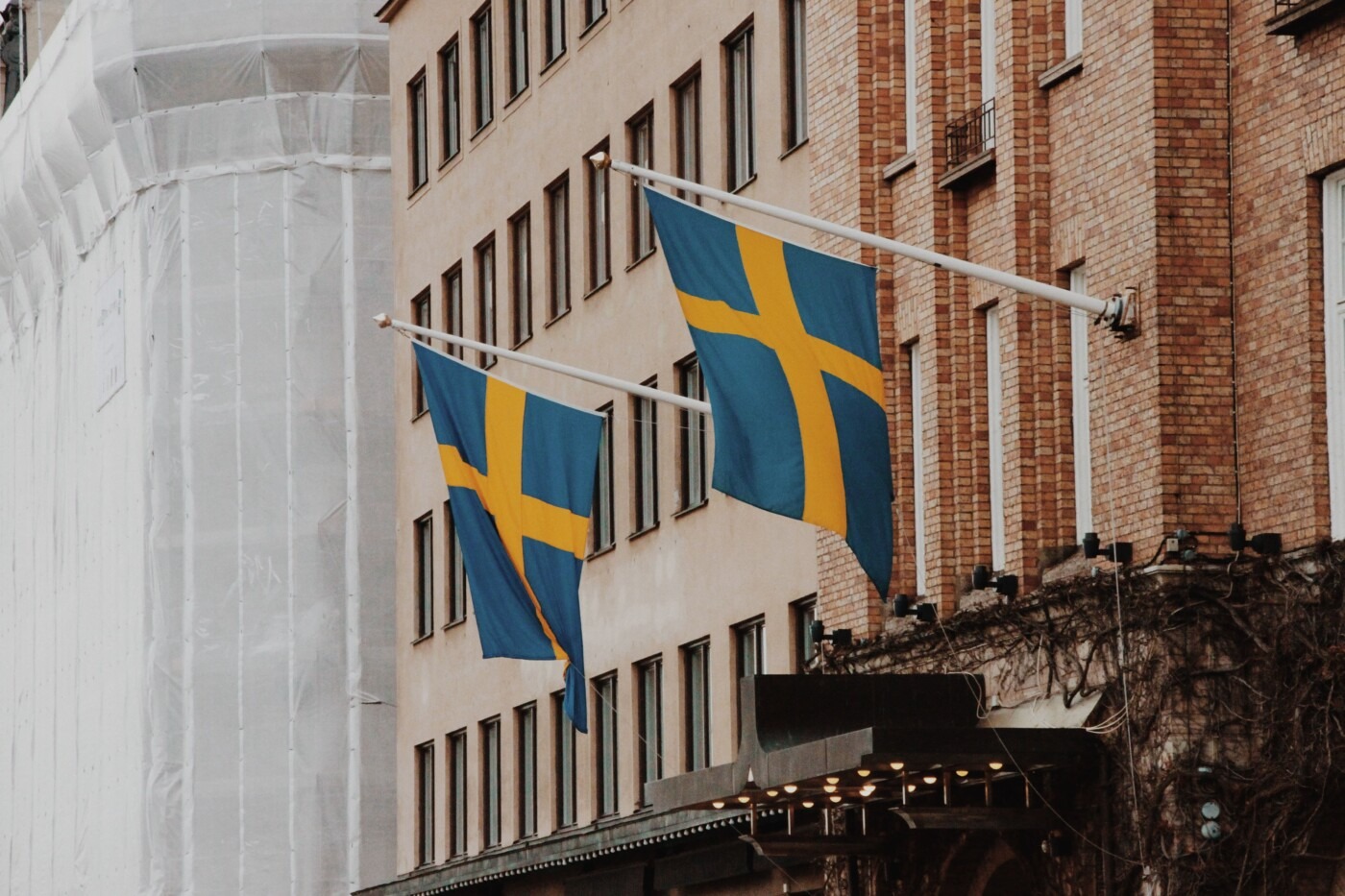 Swedish elections 2022: the Right wins on law and order

Voters recently headed to the polls in Sweden for a set of national elections, which concluded with one of the tightest parliamentary battles in Swedish history. There were gains made by the ruling Social Democrat party, led by Prime Minister Magdalena Andersson, but the success of the far-right Sweden Democrats (SD) has been the story of the election. It will likely be a significant player in a right-wing coalition government, or hold sway over a right-wing minority government, rising alongside a law-and-order message that clearly resonated with a significant proportion of Swedish voters. But what does this result mean for Sweden?

A left-wing coalition has governed Sweden since 2018, headed by the Social Democrat party under Prime Minister Stefan Löfven. This alliance was essentially dissolved after a confidence vote in January 2019, and then Löfven led the country through the Covid-19 pandemic until he announced his resignation in June 2021. Andersson took over in November 2021, serving in a confidence and supply arrangement, and contending with the accession of Sweden to NATO, energy and economical issues and public frustration over immigration and crime during the campaign period. It was the latter issue that would prove pivotal.

Ultimately, the final vote tally was incredibly tight – indeed, the tens of thousands of votes from abroad and those cast in advance had to be counted to validate the results, such was the miniscule amount between them. In the end, the right bloc won 49.6% of the vote, while the left secured 48.9%. Although the Social Democrats had remained the largest party with more than 30% of the vote and 107 seats, it is a coalition of right-leaning parties (Moderaterna) that will likely form the next government with a majority of three in the parliament of 349 seats. The SD picked up 73 seats, making it the second-largest party, compared to other right parties the Moderates (68), the Christian Democrats (19) and the Liberals (16).

After the result was announced, Andersson called a press conference at which she accepted defeat – it was, she said, a “narrow majority, but a majority nonetheless”. She added: “So tomorrow I will hand in my resignation as prime minister, and the responsibility for the continued process will go to the speaker.” Her resignation was swiftly followed by that of Annie Lööf, leader of the Centre Party, who stood down after a set of results that she described as “very disappointing”.

On Facebook, SD leader Jimmie Åkesson wrote: “Now the work begins to make Sweden good again. We have had enough of failed social democratic policies that for eight years have continued to lead the country in the wrong direction. It is time to start rebuilding security, welfare and cohesion. It is time to put Sweden first.”

It (the SD’s) has a chequered history – it was born of neo-Nazi groups.

It is the first time the party will have national influence since its emergence in the late 1980s. It has a chequered history – it was born of neo-Nazi groups, although it has made repeated efforts to exclude racists and extremists from its ranks. It has attracted more and more voters, its share increasing in nine successive elections, and its tough stance on law and order helped it achieve its best-ever election result this time round. It demanded longer prison sentences and a reduction of asylum migration to almost zero, something that helped it surge in the polls. The party also supports increased benefits, automatic preschool for three-year-old children, and it has suggested that nuclear power may be a solution to Sweden’s energy issues in the long term.

Despite the SD’s incredibly strong showing, the post of prime minister is likely to go to the leader of the third-placed Moderate Party, Ulf Kristersson, because Åkesson will not be able to form a coalition government. Sweden has mainly been ruled by minority governments since the 1970s – the coalition in power needs the support of other parties to pass through legislation, and the smaller parties get concessions on core issues in the process. Historically, the SD has been left out of such governmental alliances, but its sheer size against the narrowest of majorities in parliament means that will likely change.

However, it is not necessarily the case that this will happen. The right bloc could attempt to form a minority government excluding the SD, something they implied would happen during the campaign – this may be a difficult choice, though, given the results of the vote. As the only right-leaning party to actually make gains this election, their exclusion is hard to justify politically. But, if the SD jump on board, there’s the risk that the Liberal party will no longer support the coalition – one MP for the party already promised to try to bring down a government with SD involvement, and the parties are unwilling to give the SD ministerial positions. If there’s a minority government, the SD will be able to extract several concessions to pass legislation.

Negotiations over the exact shape of the coalition could take weeks, or even months.

It is likely that negotiations over the exact shape of the coalition could take weeks, or even months. After the 2018 election in September, a new government wasn’t sworn into power until December of that year. We can already see hints of the difficulties negotiating – leading SD figures have insisted on higher social security benefits, in the face of Moderate party promises to cut taxes, and this will be just one of the sticking points.

Despite the gains made by both the Social Democrats and the SD, and the mixed political climate that such a split implies, commentators have already begun shaping the story of the election, and with a focus on one key issue: law and order. “The Moderates party did not believe voters would stay with the SD if the Moderates shifted rightwards on immigration and crime,” said Mikael Gilljam, a politics professor at Gothenburg University. “But it turned out that voters wanted the real thing rather than ‘SD lite’.

There has been an increase in violent crime and gang activity in Sweden in recent years, and responding to it was one of the top issues in this election. Fatal shootings have risen significantly since 2000, Sweden now has one of the highest level of rapes per capita in the world, and there is a surge in drug trafficking and gang activity (particularly in immigrant-dominated suburbs). It was an issue at the 2018 election, but worsening crime made it even more prominent in 2022.

Moderaterna has typically done well in elections when law and order is a campaign issue – there’s nothing too unusual in that. There is, however, an association between crime and migrant integration, one that the SD has been keen to encourage. The connection is not entirely fictitious – in 2014 and 2015, dozens of sexual assaults of young women by migrant gangs occurred, and were essentially covered up by the police because “police employees are afraid of talking about these things in the context of the immigration debate today” (the information was only made public after similar sexual assaults by migrant gangs in Germany in 2016).

Christer Mattsson, a leading researcher into right-wing extremism at the University of Gotherburg, also blamed those on the centre-left for failing to properly integrate migrants and bolster anti-racism efforts. He suggested that voters were less interested in the SD’s history than its message that the economic benefits of globalisation should be enjoyed by the indigenous Swedish population rather than shared with impoverished migrants: “Opinion surveys show that Swedes are in favour of economic globalisation. But they want to give the bill for it to someone else.”

“This is a historic moment, an era has come to an end,” said Jonas Hinnfors, a politics professor at Gothenburg University. “We don’t yet know the magnitude of the change to come, but for the past 50 or 60 years there has been a steady development towards broadly social liberal values, individual freedoms and minority rights, to which both left and right have contributed. Whatever happens now, depending on the extent that the SD will be able to exert influence, that development has probably come to an end, and we will see a rolling back of some of the things we have taken for granted.”

The challenges posed by Russia, financial crises and energy will not vanish in the short-term, but one of the takeaways from this election is that Swedish voters are fed up with crime and they want the government to tackle it. Whether or not the SD winds up as part of the governing bloc, its ascendancy will be a warning to right parties that law and order cannot be put on the backburner – as eight years of centre-left rule come to an end, the right will want to make the most of its narrow majority to enact some change.