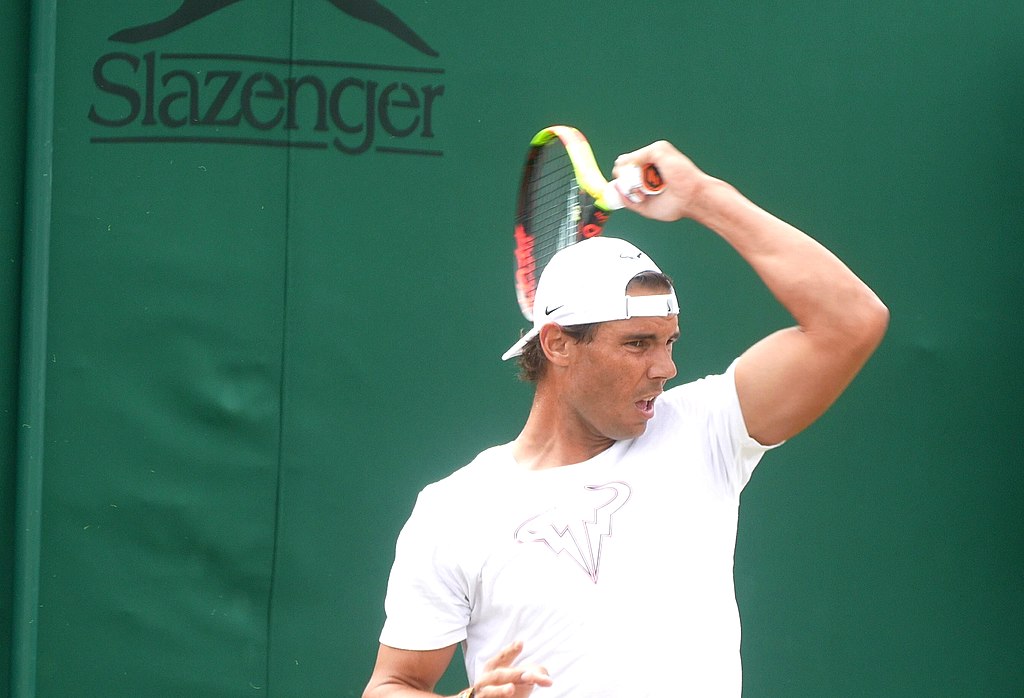 Rafael Nadal cut his own nose with his racquet during a second-round battle with Italy’s Fabio Fognini, but the bloody incident did not prevent him from securing a four-set victory.

The 22-time Grand Slam champion’s quest to extend his men’s record continues after a 2-6 6-4 6-2 6-1 victory, which was made all the more dramatic by a poor start and the need for a medical break.

It was a slow start for an unusually error-prone Nadal, with the Italian applying clinical pressure to break Nadal on two occasions. The errors continued in the second set, with the pair breaking each other every time during the first five games. That gave Fognini the advantage with a 3-2 lead – he held serve, but then he dropped it two more times, and Nadal levelled the match with a 6-4 set.

From then on, the Spanish player had properly arrived – he broke the Italian in three straight service games to win the third set, and then the fourth looked to be an even more routine victory, with Fognini unable to respond to Nadal’s flow. The only shock came when, as Nadal stretched to play a backhand, his racquet bounced off the court and struck him in the face. He needed a medical timeout and plaster, but it did nothing to prevent him from closing out the match.

After the match, Nadal said: “One of the worst starts, probably ever. But that’s part of the game.

“You need to stay humble, you need to accept the situation. It hasn’t been an easy month for me, so I know this kind of stuff can happen. It’s another opportunity for me. I’m still alive after a match like this. That means a lot.”

Asked about the injury, he said he was okay: “Well, yeah, just a little bit dizzy at the beginning, a little bit painful. [I’ve done it before] with a golf club, but not with a tennis racquet.”

“It was just a strong hit. At the beginning I thought I broke the nose because it was a shock at the beginning, it was very painful.

“That’s just a shock, in some way I deserved it [for] playing that bad for a while. No, I’m joking.”

Nadal will go on to face France’s Richard Gasquet, who reached the third round after beating Miomir Kecmanovic in four sets. Nadal boasts an impressive 17-0 record against the Frenchman, so the odds are that he will continue his run through the tournament after this meeting.