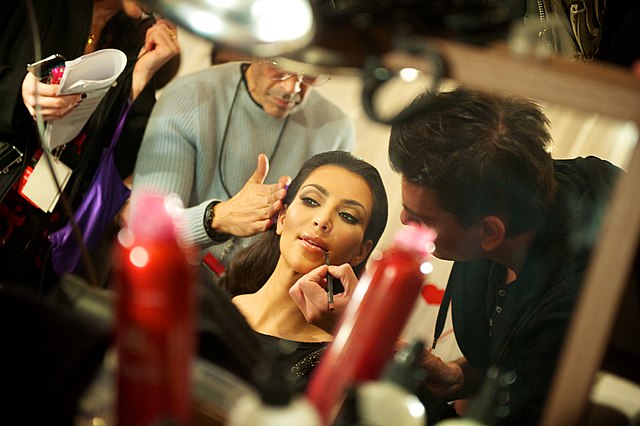 Reality TV star, celebrity influencer, fashion icon, billionaire, and business owner. Kim Kardashian certainly isn’t lacking in job titles. Nor, it would seem, in her ability to surprise. In 2019, for example, the celebrity announced that she would be pursuing a qualification in law via apprenticeship, and in 2021 she passed California’s ‘baby bar’ law exam. But considering that her late father, Robert Kardashian, was a lawyer (participating in OJ Simpson’s legal team for his high-profile murder trial) and that Kardashian herself had spent years lobbying the White House for criminal justice reform, to fans of the star, this wasn’t really a surprise. At least, not a surprise like her most recent announcement.

On 7 September 2022, Kardashian, staying true to her social media roots, took to Twitter to announce her latest venture. She declared that she would be exchanging her bountiful social capital for the real thing — she would be launching a private equity firm.

The firm, SKKY Partners, is a collaborative effort between Kardashian and co-founder Jay Sammons, an accomplished investor formerly of the US private equity powerhouse that is The Carlyle Group. Kardashian will aim to acquire stakes in fast-growing media and consumer companies to transform her 329.8M Instagram followers into lucrative financial returns. The company said that its target sectors would include ‘consumer products, digital and e-commerce consumer media, hospitality and luxury,’ all sectors that Kardashian has dabbled in before, either from her own businesses or from paid endorsements. Although this venture may raise a few eyebrows from territorial investment professionals, who won’t want the image of a reality TV star to damage the prestige of their industry, critics would be unwise to dismiss the celebrity’s involvement in finance.

Firstly, the choice of Sammons as a co-founder is hardly unintentional. Sammons, during his 16-year stint at Carlyle as head of its consumer, media and retail division, carved out an unexplored niche for himself in the world of showbiz. By steering the multi-billion-dollar private equity firm into the uncharted waters of celebrity, he was able to reap remarkable returns in lucrative deals with brands such as the headphones company Beats by Dre, which was founded by the rapper and producer Dr Dre. Now, by joining forces with the family that were propelled into superstardom in 2007 with their reality TV show Keeping up with the Kardashians, Sammons is sure to provide some much-needed confidence, and insider knowledge to strengthen the foundations of SKKY Partners.

KKW Beauty was started in 2017 and in its first launch 300,000 contour kits sold out within two hours

Besides, the Kardashians themselves have more than proved their ability to monetise their ‘talents.’ From working as an executive producer, alongside her mum and sisters, on the show that gave her the status of celebrity, to brand endorsements, where the star can earn an eye-watering $1M for a single sponsored Instagram post, Kim Kardashian is a savvy businesswoman, who according to Forbes, is worth $1.8bn. But it is her own consumer brands where Kardashian has proved her real success.

KKW Beauty was started in 2017 and in its first launch 300,000 contour kits sold out within two hours. The brand quickly developed, with its direct-to-consumer model, and by 2018, KKW Beauty had branched away from contour kits into fragrances, lipsticks, eyeshadows, and body makeup. And then there’s Skims. Like her previous business models, Skims quickly branched away from its shapewear niche into loungewear, and more recently dresses. The shapewear label has proved not only to be wildly popular and adaptable, but also to be her greatest venture to date.  Earlier this year, data provider PitchBook valued Skims at $3.2bn, and with Kardashian holding a majority stake in the company, she has more than demonstrated her ability to earn staggering amounts of money.

The secret to her current successes, and what will undoubtedly underlie any success that SKKY might experience, is Kardashian’s social media power. With millions of followers, a simple Tweet or Instagram post can turn an obscure business into a household name. It is why brands jump at the chance to work with her — her involvement with any brand or company attracts unparalleled attention. SKKY will be no different.

While no funds have yet been raised to carry out the planned investments, according to the Wall Street Journal, with Kardshian’s ability to entice people and companies away from their money, and Sammons industry expertise, her bemusing new gamble into the world of finance, may add a new title to her ever-growing list. An apparent jack of all trades, we will have to see if she is able to master the world of private equity.