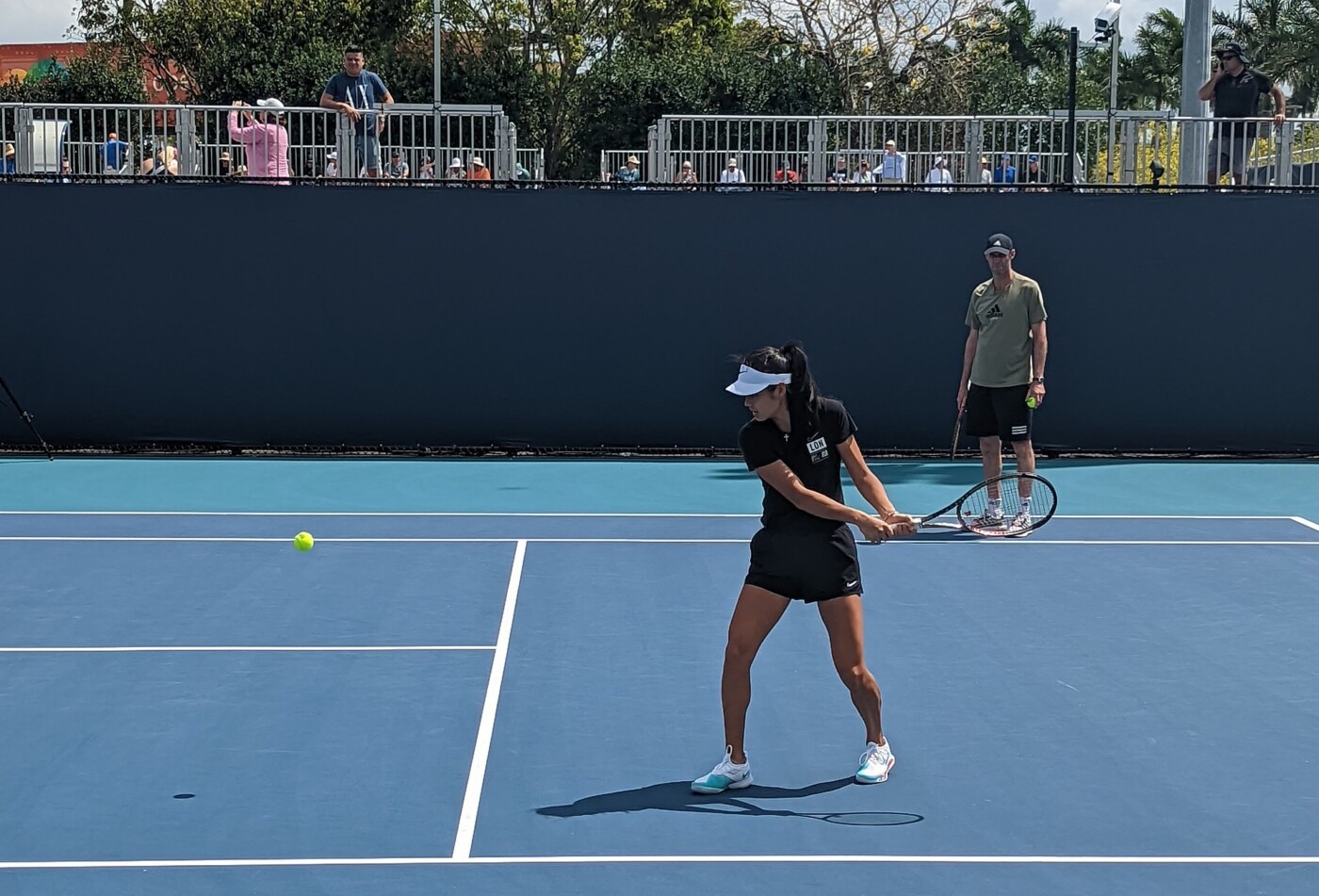 Emma Raducanu has been knocked out of the US Open in the first round, losing in straight sets to France’s Alizé Cornet.

Last year, the 19-year-old stunned the world and created one of Britain’s greatest sporting stories as she won the tournament as a teenage qualifier. Any hope of a repeat, however, was swiftly discarded after a 6-3 6-3 defeat by the experienced Frenchwoman.

It was a windswept evening in New York, and it certainly impacted the match from the start – Raducanu struggled to find the same flow she employed last year, and Cornet definitely handled the conditions better from the off. However, attributing the result to the weather would do both players a disservice – once the match was over, it was simply the case that the reigning champion made too many mistakes, and that her opponent was in better form.

Raducanu swiftly fell behind in the first match – at 4-2 behind, she broke back, but then a poor service game saw her opponent move 5-3 ahead. With her excellent powers of defence, Cornet seized the opportunity to take advantage and win the first set.

The champion took some time out for medical treatment, linked to blisters on her hand, and then things looked ominous as she was broken in the first game of the second set. But then, Cornet seemed to lose her flow a little, double-faulting consistently and giving away a lot of points. Raducanu went for it, winning three games in a row to move ahead 3-1 and hope to build a sense of momentum. But Cornet put a stop to that – this would be the last game she lost, and she reasserted her dominance to win the next five games in a row and prevent Raducanu from defending her crown.

The unseeded Cornet employed her drop shot to perfection, and she won a majority of the long rallies. Despite a series of double faults, the stats are otherwise all on the French player’s side – she hit more winners, and she made fewer unforced errors, and it showed in the difference between the two.

After her defeat, Raducanu said: “This one obviously hurts a bit because it’s my favourite tournament and there are a lot of emotions in the past year.

“But also in a way I’m happy because it’s a clean slate. I’m going to drop down the rankings. Climb my way back up. The target will be off my back slightly.

“I’m proud for putting myself out there every match, every day, knowing I’m pushing myself to be the best I can.

“I’ve been doing some really good work in the last six weeks especially. I’m just looking forward to putting more of those weeks together consistently, then we’ll see what happens.

Cornet advances to play Kateřina Siniková of the Czech Republic in the second round.