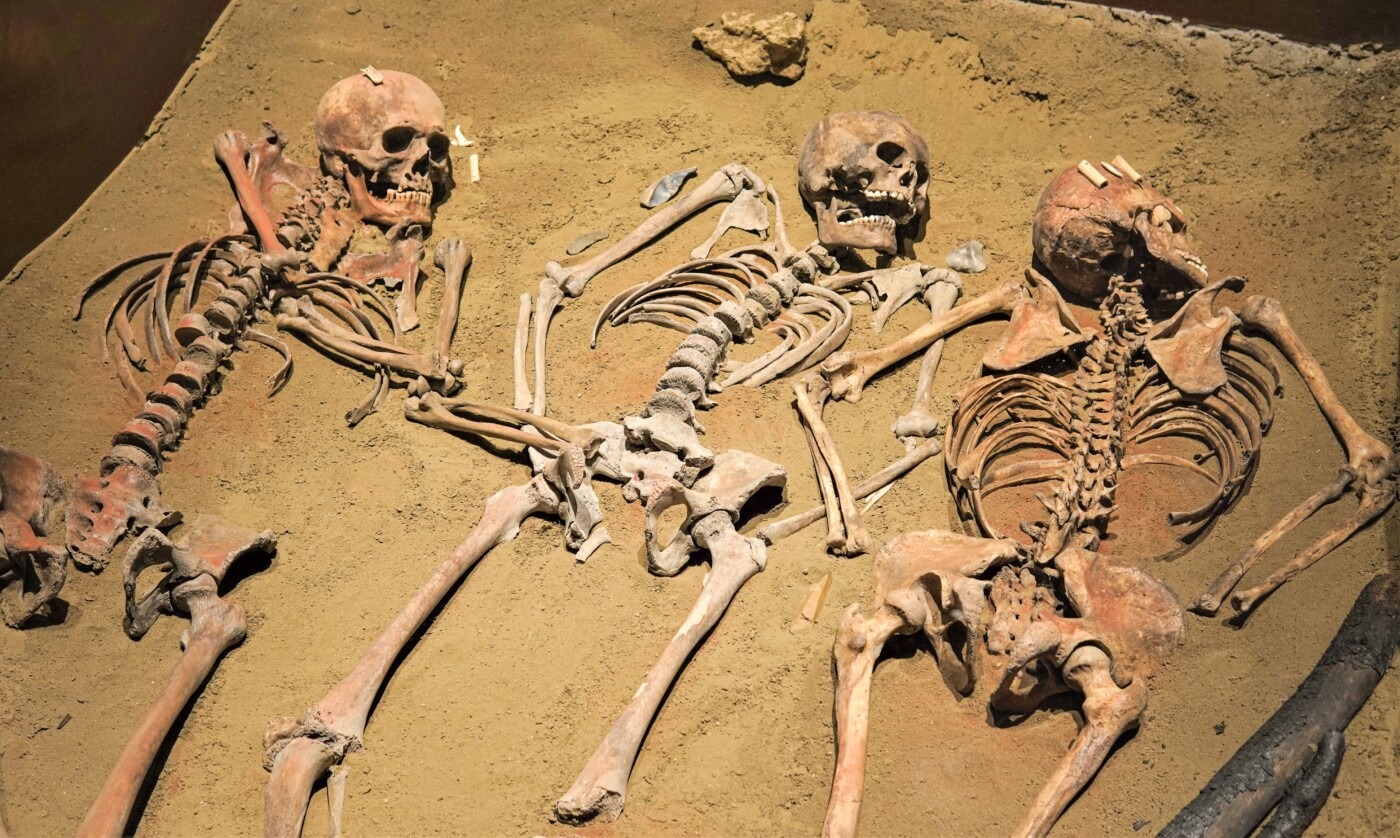 Amputation, the removal of a limb in order to control pain or tackle a disease, has been part of our medical toolkit for a long time. The procedure requires a comprehensive knowledge of human anatomy, surgical hygiene, and considerable technical skill, and it has been a prevailing belief among archaeologists that older societies lacked the capacity to perform such medicine – until recently, the oldest known complex operation, a forearm removal, was thought to have been carried out on a Neolithic farmer from France about 7,000 years ago. But a new study published in Nature has found evidence of amputation in the skeleton of an Indonesian person who lived 31,000 years ago – coupled with evidence that they survived several years after the surgery.

Researchers discovered the grave of an ancient body in a cave called Liang Tebo, in East Kalimantan, Indonesian Borneo

According to study co-author India Dilkes-Hall, an archaeologist at the University of Western Australia, there was once a perception that southeast Asia was “a cultural backwater” where “not a lot happened”. But this discovery actually suggests that people in this region were highly skilled at medicine, a finding that radically shifts our knowledge.

Researchers discovered the grave of an ancient body in a cave called Liang Tebo, in East Kalimantan, Indonesian Borneo (as well as some of the world’s earliest rock art). After radiocarbon dating of the layers of the grave, as well as analysis of one of the body’s teeth, the researchers determined that the person died between 31,201 and 30,714 years ago, and their age at death was estimated to be about 19 or 20. It was impossible to determine the sex of the individual, but their height was similar to male individuals at the time.

Surprisingly, the skeleton was mostly complete, except for a missing left foot. The leg ended at the tibia and fibula in a straight cut, a level of precision suggesting that the limb was not lost in an animal attack, and it lacked marks that would indicate infection. The team also compared the bones to those of the right leg and was able to determine that the amputation occurred at least six to nine years before death. According to study co-author Melandri Vlok, a bio-archaeologist at the University of Sydney: “The probability of this happening by accident was so infinitely small that it had to be in some sort of controlled environment.”

The authors of the study wrote: “The prevailing assumption has been that more complex surgeries were beyond the abilities of foraging societies past and present. Before modern clinical developments, including antibiotics, it was widely thought that most people undergoing amputation surgery would have died, either at the time of amputation from blood loss and shock or from subsequent infection-scenarios that leave no skeletal markers of advanced healing.”

The experts said the surgeon who carried out the amputation on the child “must have possessed detailed knowledge of limb anatomy and muscular and vascular systems to prevent fatal blood loss and infection”. They added that “intensive post-operative nursing and care would have been vital”, including regularly cleaning the wound and dressing it “perhaps using locally available botanical resources with medicinal properties to prevent infection and provide anaesthetics for pain relief”. The experts continued: “Although it is not possible to determine whether infection occurred after the surgery, this individual evidently did not suffer from an infection severe enough to leave permanent skeletal markers and/or cause death.”

The study points to two potential avenues through which our knowledge of these early cultures could be expanded. Now we know that these societies could perform surgery of this sort, the team want to learn what kind of stone surgical tools could have been used. It’s also an example of how archaeological work can benefit from collaboration with local authorities and people. Several of the study’s co-authors are from Indonesia, and the research in this paper was a combined effort – this marks a recent shift in archaeology, and one that is likely to benefit future investigations.