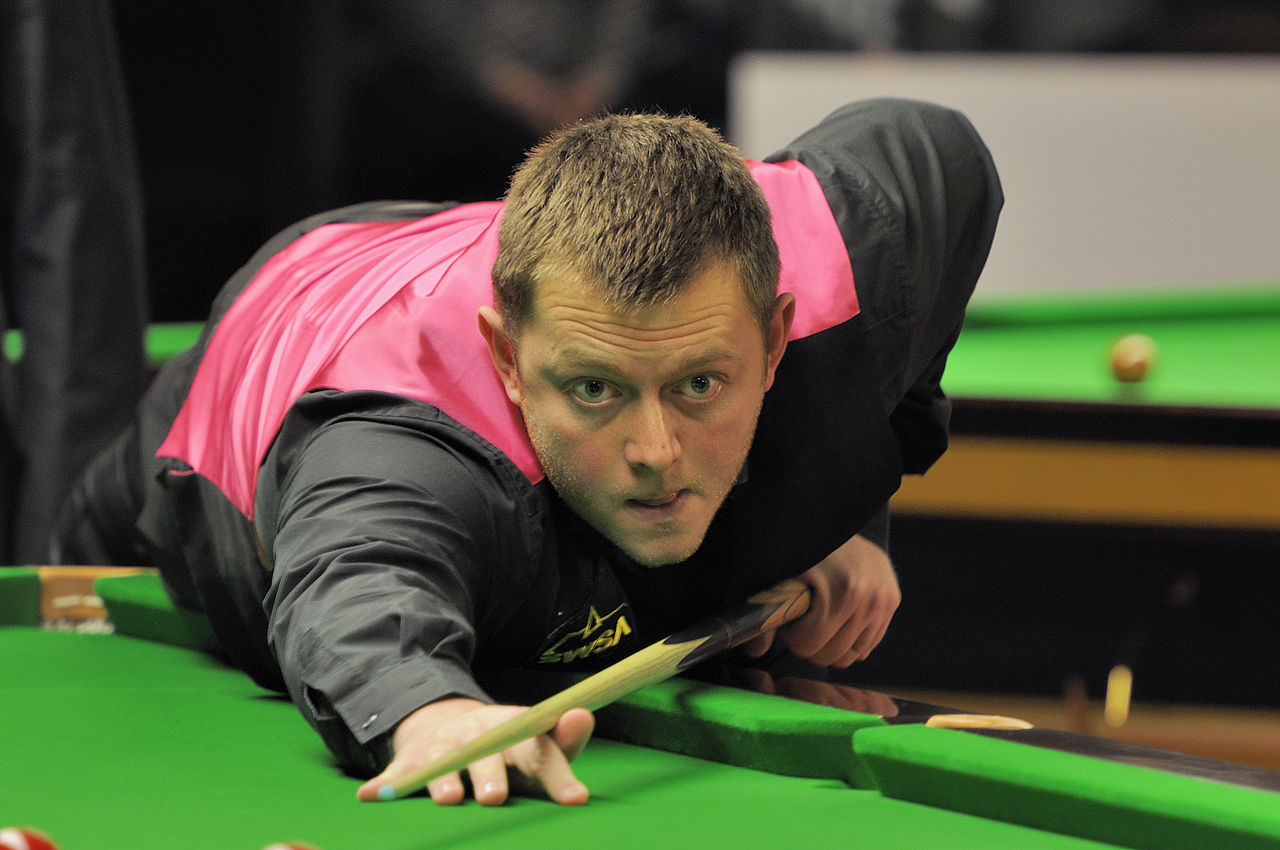 Day Two of the British Open saw a lot of major names leave the draw, not least the defending champion Mark Williams. Yesterday boasted a combination of matches in the round-of-64 and the round-of-32, and a lot of good players would face off to progress further into the tournament, particularly after the last-16 draw took place midway through the evening. Here’s what happened on Day Three.

The first major match of the day came as Judd Trump faced off against Dean Young. The odds were highly in Trump’s favour, but that had proven little consolation to the other top players who have already left the tournament – the British Open is often full of upset. Both players struggled to get started, missing fairly easy balls, but Trump assembled a break of 52 to leave Young needing three snookers – he played on regardless, but another Trump pot some sealed the first frame. Trump immediately potted a long red in the second frame, and then made an 82 off it to move 2-0 ahead. The first chance was Young’s in frame three – he got the table open, then made 30 before missing a tricky pink of its spot. Trump responded, making an excellent 100. Young hoped to avoid a whitewash, but he broke down on 20, and a 64 break by Trump was enough to secure the match.

There were further whitewashes in the early sessions – Yan Bingtao defeated Andy Lee, while Noppon Saengkham proved too much for Fraser Patrick. Thepchaiya Un-Nooh was beaten 4-2 by Matthew Stevens, and Mark Allen beat Hang Li 4-1. Gary Wilson would provide another whitewash as he swept aside Zhang Anda, and Ryan Day advanced to the next round with a 4-1 win over Gerard Greene.

A Selby safety shot put Cao in major trouble, and he couldn’t respond – Selby won the match with a century break of 109

Welsh Open champion Joe Perry had a tough opponent in Ding Junhui, and he left the Chinese player a chance after missing along red. Ding responded, making a 73 break and taking the first frame. Perry made a 37, attempting to capitalise on a Ding cutback red that went wrong, but he missed a black off its spot – Ding put together an impressive 66 to move 2-0 ahead. Frame three was a battle that ultimately went Perry’s way, and the Welsh Open champion was confident as he restrained his opponent with excellent matchplay. However, he soon let his opponent in, and Ding struck, making an 84 to move within one of victory. Perry did well, making a good 35 before missing a straight black – it took Ding two efforts to punish him, but the Chinese player eventually won the match 4-1 and advanced into the last 32.

Jamie Jones advanced after defeating Chang Bingyu 4-1, while Graeme Dott and Xiao Guodong ultimately went the way of the former world champion. Ben Woollaston, after an assured victory over Mark Williams yesterday, vanquished another Welshman in the form of Jak Jones. Anthony Hamilton and Steven Hallworth headed to the next round after 4-3 victories against Joe O’Connor and Barry Hawkins respectively.

Mark Selby came up against Cao Yupeng, and the first chance fell to the four-time world champion. He put together a 55 break before an attempt to open the pack went wrong, and then the frame became a safety battle. Cao did well to get to the colours on an awkward table, before he missed a brown to middle and Selby punished him by winning the frame. Selby missed a long red, and Cao made 70 in response before missing a tough red – the Chinese player swiftly levelled. Selby had first crack at an open table in frame three and made 57 before poor position ended his break – it came down to Cao needing a snooker on the blue, but beating Selby in a snookering battle was an unlikely prospect, and soon it was 2-1. An excellent break of 90 made that lead 3-1. Cao made a 49 hoping to keep himself in the match, and won after an extremely unlikely foul as Selby opened up the table. A Selby safety shot put Cao in major trouble, and he couldn’t respond – Selby won the match with a century break of 109.

The last-16 draw took place after the Selby match, and both Jack Lisowski and Lu Ning knew that whoever won their match would face him. Lu had a good chance and made 57, but he missed a red and Lisowski stole the first frame with an excellent clearance. It was the same situation in frame two, although there was a safety battle before Lisowski won the frame. Frame three was very cagey to begin, but a safety error let Lisowski in – it took two chances, but it was swiftly 3-0. A very scrappy fourth frame went the way of Lu, but Lisowski made a 111 to secure the victory against an opponent who was never really in the match.