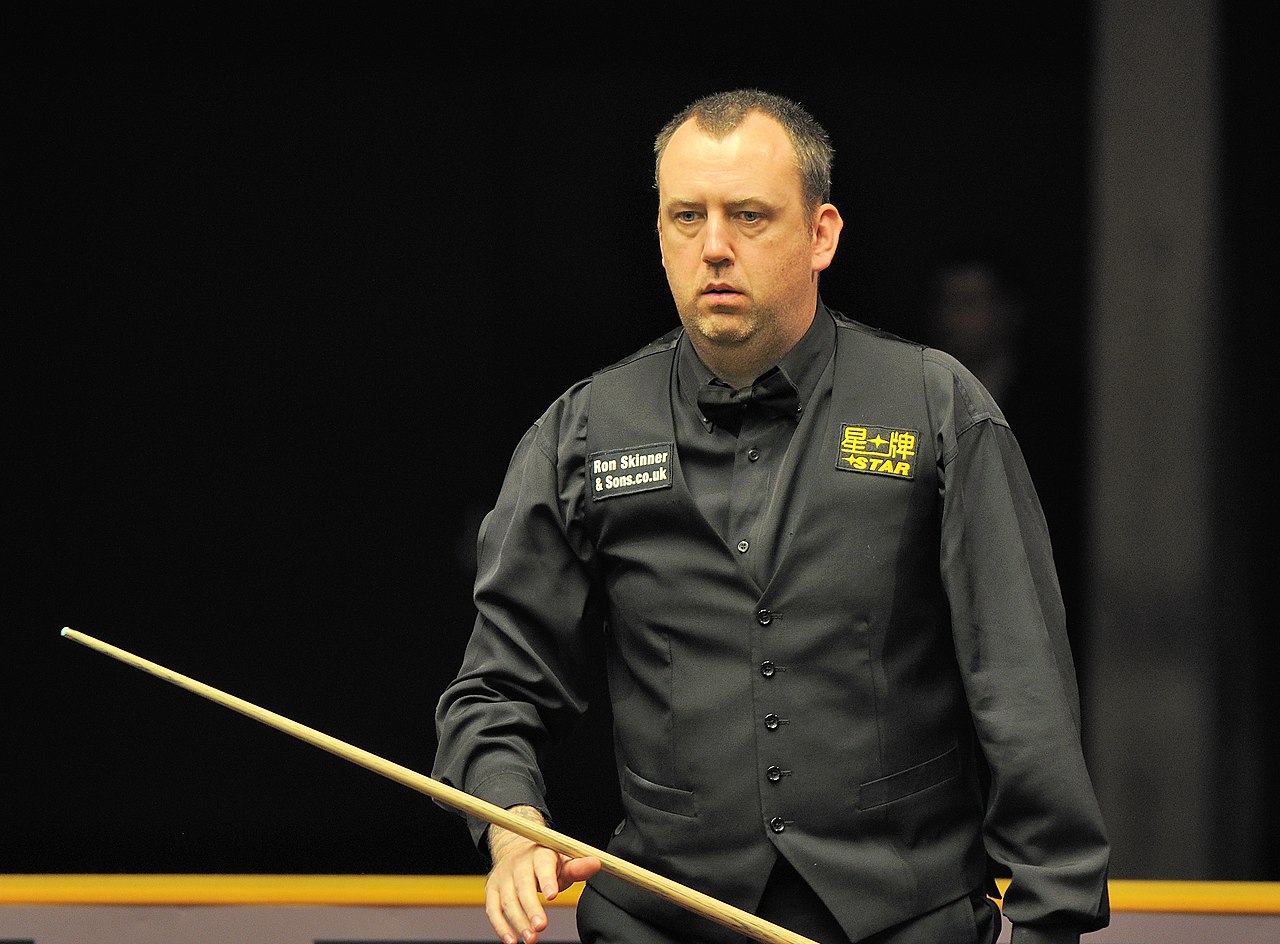 Day two of the British Open offered a selection of 19 matches, with the remaining players hoping to make it through to the round-of-16 on Thursday. But after yesterday’s shock O’Sullivan defeat, there’s the knowledge that anyone could be defeated early, and the big players were hoping not to be the next major scalps. Here’s a round-up of the action on the second day.

Graeme Dott continued a superb run of form, demolishing Anthony McGill 4-1. The other two matches in the first session went to deciders – ultimately, Jak Jones and Lyu Haotian would progress, triumphing over Zhang Jiankang and David Gilbert respectively. Another big name left the competition after Zhao Xintong defeated former world champion Stuart Bingham 4-1, making three centuries in the process, and women’s champion Ng On-yee (in Milton Keynes for the mixed doubles a few days earlier) was eliminated by Jordan Brown by the same score line, as were Peter Lines (by Xiao Guodong) and Yuelong Zhou (by Lu Ning).

John Higgins came to the table to face Yuan Sijun, and the Scottish player struggled to get going. Yuan quickly took the first frame, and after Higgins made a 65 in the second, Yuan made an excellent 72 to steal the frame and go 2-0 ahead. After a couple of visits, Higgins was on 72 – Yuan potted a good red but had no position on a colour. After he missed a tough pot, he conceded the frame. Yuan missed a few good chances at the very start of frame four, and Higgins responded with a 78 to level. Higgins missed his chances to seal the match, and things went to a decider. The Scottish player got to 64 and missed on the safety exchange, and Yuan compiled an excellent break to reach 66 and steal the frame and match.

Williams had a chance to respond in the final frame, but he missed an awkward black, and then it was game over as his opponent built the break needed to end his reign

There was no such difficulty for Mark Selby, who compiled breaks of 110, 74, 55 and 54 to advance to the last 32 in a 4-1 victory over Mark Joyce. Anthony Hamilton triumphed by the same score line over Jamie Clarke, while Jack Lisowski defeated Mitchell Mann 4-2. Jamie Jones defeated Elliot Slessor 4-1, while Alexander Ursenbacher was unable to produce the snooker that beat O’Sullivan yesterday, falling 4-1 to Joe O’Connor.

Kyren Wilson came to the table to battle Barry Hawkins, and it was the latter player who drew first blood, swiftly assembling a break of 72 to win the first frame. A safety battle gave both players chances in frame two, before Hawkins made a 120. It was the third frame before Wilson even potted a ball (and the only frame in which he did), but he capitalised after Hawkins made a mistake on his 53 break and got into the match with an excellent clearance. A total of 78 put Hawkins within one frame of victory, and he secured his place with a magnificent 134. Wilson did little wrong in his match, but he simply had few opportunities against a dominant Hawkins.

In the next stage of his title defence, Mark Williams came up against Bel Woollaston. He looked good, if a little shaky, and the Welshman put the first frame on the board with a break of 78. But from then on, Williams struggled to get going, missing a blue off its spot in what would turn out to be a sign of things to come – Woollaston came level after a match-high break of 64, and then took advantage of scoring opportunities and strong safety to assemble the points needed in the following three frames. Williams had a chance to respond in the final frame, but he missed an awkward black, and then it was game over as his opponent built the break needed to end his reign. Woollaston looked in pain after the match – no surprise, as it transpired that he had cramp on the final shot – but he was no doubt happy to cause the latest upset in this tournament, knocking out the fifth world champion thus far in the early stages.