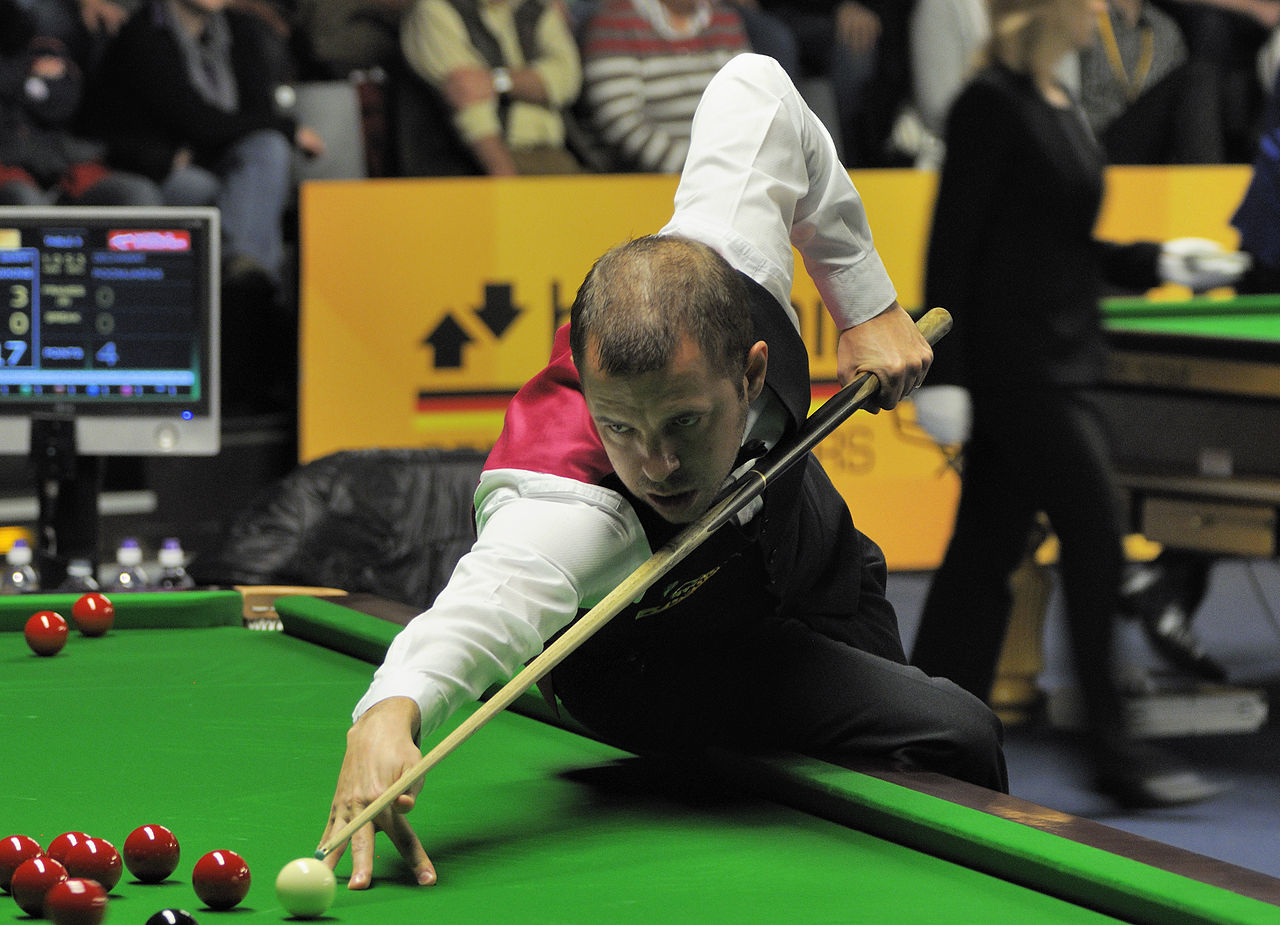 Hot on the heels of the World Mixed Doubles snooker the day before, Milton Keynes played host to more action with the start of the British Open. The first day paid host to a selection of first-round matches, with big names across the day – all eyes were on Mark Williams as he hopes to defend his title. Here’s a round-up of the key matches on day one.

It was actually Williams who began the action, in a match against Andres Petrov of Estonia. Both players had chances in the first frame, but the mistakes cost Petrov – Williams drew first blood. A break of 76 put Williams 2-0 in front after less than 30 minutes, and he seemed to be drifting to the win. The Welshman established a 54-point lead in frame three, but he missed the yellow, and Petrov responded with a brilliant clearance to put a frame on the board. Williams missed a spot off the black in frame four, but Petrov didn’t capitalise – from then on, the match was pretty much all Williams, who won 4-1. He will face Ben Woollaston in the last 64.

After his performance the past two days, we know that Mark Selby is on form, and he demonstrated it in a match with Ricky Walden. Breaks of 62, 87 and 69 helped the four-time world champion secure a spot in the last 64, where he will face Mark Joyce, while Anthony McGill triumphed by the same score line over Wu Yize. Two young Chinese players, Zhao Xintong and Bai Langning faced each other, and it looked to be a close-fought battle at 1-1. However, it was Zhao who took charge, winning the safety exchanges and storming to a 4-1 victory despite his opponent having chances every frame.

Graeme Dott and Yan Bingtao both progressed, and Stuart Bingham whitewashed his opponent on the way to the next round. Dott made a 139, showcasing some of the vintage form that helped him win the world title in 2006. Shaun Murphy was eliminated on the final shot of his match, after potting both the black and white. As the afternoon session came to a close, it was announced that Chang Bingyu was automatically through to the last 32 – his opponent John Astley withdrew after the birth of his child.

Hawkins got off to a fast start, but things ultimately went down to a decider, one that he secured with a 102 break

The main draw in the evening session was Ronnie O’Sullivan against Alexander Ursenbacher. O’Sullivan was the pre-tournament favourite, but he never potted a ball until the opening frame was well and truly over. The world number one potted the white in frame two, giving Ursenbacher a great chance he failed to exploit – the frame was tense and scrappy, with O’Sullivan smashing the balls in frustration, and his opponent went 2-0 up. He flipped a switch and reduced the deficit to one, but after a strange battle, it was 3-1. O’Sullivan had a good chance, and didn’t take it – the Swiss player eliminated him. There’s always a first-round shock in this tournament, but few would have expected this particular shock.

It was a century for Andy Hicks to open his match against John Higgins. He followed it with a 143, the highest break of the tournament so far, to go 2-0 up. Higgins responded with a 132 to go one behind, and then he took charge of the match. There were four centuries, shared between the two men, as Higgins won 4-2. Jack Lisowski beat Dominic Dale 4-1, and Kyren Wilson whitewashed Mark Davis 4-0.

Judd Trump then faced off against Si Jiahui. The Chinese player stole a tense first frame, then Trump responded with a break of 139 to level. A missed shot by Si, followed by an excellent Trump snooker on the green, secured the third frame for the former world champion. Both Si and Trump had good chances in the fourth frame, but Si missed one pot too many and Trump moved one frame from victory. And the fifth frame followed a similar pattern – an aggressive miss and poor safety by Si gave Trump a chance, and he made a break of 82 to win the match.

The reigning Welsh Open champion Joe Perry stunned Hossein Vafaei with a 4-0 victory, and Mark Allen achieved the same result against Stuart Carrington. The last match being played in the night was between Barry Hawkins and Duane Jones – Hawkins got off to a fast start, but things ultimately went down to a decider, one that he secured with a 102 break.