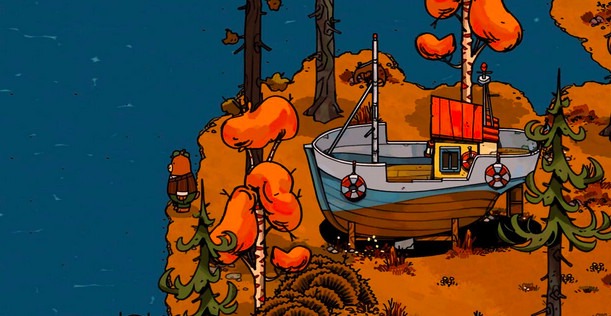 Sometimes, you see a picture of a campaign and it just catches your eye. For me, that happened with Bear and Breakfast, as the image of a cartoon bear doing handiwork around a hotel was more than enough to sell me on trying to game. I’ve a soft spot for hotel-management games, and quirky cartoon art styles are an easy pitch, so I must have loved the game, right? Well, sadly, no. Bear and Breakfast is a game that does many things, but few of them particularly well, squandering a lot of potential.

This is a game where the title tells you all that you need to know – you play as a bear, and you open a bed and breakfast. More specifically, you play as a sweet young bear called Hank, who lives with his mum and his friends in the woods. Humans have abandoned the area but, with the help of a literal loan shark, the bears opt to open a bed and breakfast with the hope that it will bring the humans back to town.

If the premise of Bear and Breakfast sounds adorable, let me assure you that it definitely is. The art style is very cartoony, and you meet a number of fun inhabitants of the forest throughout the runtime. Coupled with a charming score and some engaging sound design choices, the game feels engaging, like watching a Loony Tunes cartoon. There’s an enjoyable story running through the game, and it’s often quite funny and heart-warming in equal measure. What’s a pain is how awkwardly the story is connected with the management aspects, because the former has no impact on the latter at best and is actively obstructive at worst.

This is a shame because there’s a lot of potential here – when you’re conducting the actual management aspects, it’s really fun, and I wish that that was where the developers put their focus. I’d have been very happy with a hotel-management game, particularly one with a cartoon quirky style, but that’s rarely what Bear and Breakfast provides. It’s really unexpectedly linear, making you complete story quests to unlock new areas and advance the plot, and the quests are not that interesting due to the amount they’re repeated.

I wanted to like Bear and Breakfast more than I did

It’s a bizarre design choice to have a management game that too often refuses to let you manage, and often restricts what you can do in those rare moments. It feels like the team behind Bear and Breakfast wanted to make a story-driven game about Hank and his friends, but couldn’t quite figure out what the game aspects should be, and so they opted for this weird and unsatisfying middle ground. The story is enjoyable but it doesn’t sustain a game by itself, and it discourages the kind of exploration and control that should be a pinnacle of this type of gaming experience.

The game is generally a very relaxing, if on-rails experience, but it is a slow-burn in the slowest possible sense of the word. Surprisingly, there’s no option to skip ahead once you’ve done everything you want to do, something that is generally a feature of games like this. It’s not the biggest issue in the world, but it’s an unusual omission that can sometimes slow things down a little too much. A bigger issue is that the game has not been ported to Switch too well – it’s clearly and noticeably built for the PC, and in the transition, actually controlling the game is far harder than it should be. Trying to navigate the menus is often fiddly to the point of annoyance, killing the ambient vibe the game aims for.

I wanted to like Bear and Breakfast more than I did, but it’s an experience that rarely ever fires. There’s a lot of charm here, but it’s too frustrating and confining a playthrough to recommend. It’s clear that the team at Gummy Cat have a lot of love for the character, but the surrounding game mechanics make it tough to play – Bear and Breakfast could have been an adorable story-driven game, or a cartoon hotel management game, but instead lands as an unsatisfying mix of neither.