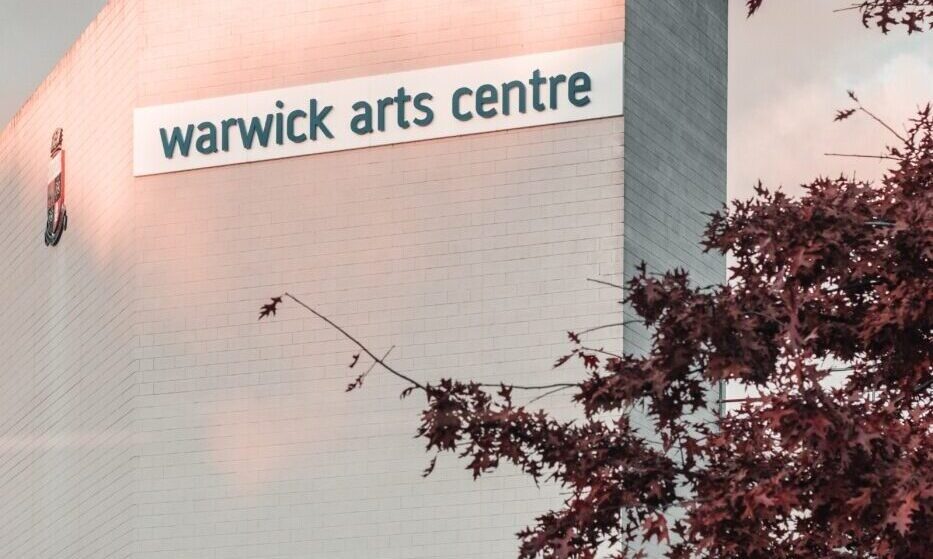 Why I will miss being a steward at Warwick Arts Centre

One of the clearest things I remember about attending Warwick Open Day back in June 2018, which feels like another lifetime ago, was visiting the Arts Centre. Right in the heart of campus, it was then undergoing huge renovation works. My departmental talks took place in one of the cinemas, which helped me realise the huge range of cultural opportunities on offer. Given I’d attended a theatre group when I was younger and had a huge passion for the arts, it was clear the Arts Centre was going to form part of my university life.

My affection towards Warwick Arts Centre got even stronger when I learnt students were able to get involved with volunteering opportunities. As the largest arts venue outside London, and the second largest in the UK, the centre naturally relied on stewards and volunteers to ensure all its events could go ahead safely. Students were able to steward events and then watch the performing artists for free. I knew part of university was about embracing new opportunities. As such, it became clear applying to volunteer was essential.

Initially, after being accepted in September 2019, I began as a volunteer steward. This involved manning the doors, mainly to Butterworth Hall, for live events such as comedians and orchestras. One of the great things about stewarding at the Arts Centre is the choice of what events you steward and the hours you work. With the guidance of head stewards, and more experienced paid event stewards, I felt comfortable with the skills of checking tickets, helping people to their seats and ensuring individuals had a pleasant time.

The hustle and bustle of the Arts Centre is an unrivalled atmosphere. When there is an event in the hall, theatre, or studio, the combination of the three cinema screens, the volume of people, the sound of discussion and the mood of artistic appreciation is impossible to miss. Yes, as a steward, that could be stressful at points, especially if you were asked a question you didn’t know the answer to. However, thanks to the full-time staff and desire to enjoy the evening, that did not prove to be a challenge.

The role taught me the importance of staying calm

After a couple of months of volunteering, I became an event steward in January 2020. This paid position naturally involved more responsibilities like selling ice creams, cleaning up and being a more senior stewarding figure. Throughout, the role taught me the importance of staying calm and maintaining dignity, even if it’s a stressful evening. It was deeply satisfying to see how I’d progressed within the Arts Centre, all while still seeing events for free.

Then March 2020, a month nobody in the UK will forget, arrived. Lockdown took place and all of the Arts Centre’s events were either cancelled or delayed for the foreseeable future. No stewarding occurred for over 18 months. It was a strange feeling, having a job that had just become such a pleasure snatched away until…when?

While no stewarding occurred in my second year, the closure allowed the Arts Centre to continue with its renovation. This enabled the Arts Centre to reopen in full flow in September 2021, right at the start of my third year. Honestly, going back to stewarding felt like coming home. During my first year, no cinemas were open, with the new developments containing three excellent screens, displaying the latest blockbusters and independent flicks.

Stewarding a film is one of my favourite treats at the Arts Centre, not to mention feeling like you’ve temporarily become a professional film critic. With comfortable seating, an excellent array of films and friendly customers, it has often been the perfect escape from the stress of essays and assignments. Indeed, during a particularly busy night, your mind is completely taken off academic work to focus on helping the customers at hand.

When I graduate this July, my role at the Arts Centre will come to an end. I will most miss the range of colleagues I’ve worked with, often fellow students who can sympathise over shared academic stresses and commitments. Alongside that, though is the sheer flexibility, both in time, and the amount of artistic pleasure you are exposed to. Being a steward is a role perfectly tailored to students. If the opportunity arises next year, it is one to grab with both hands.