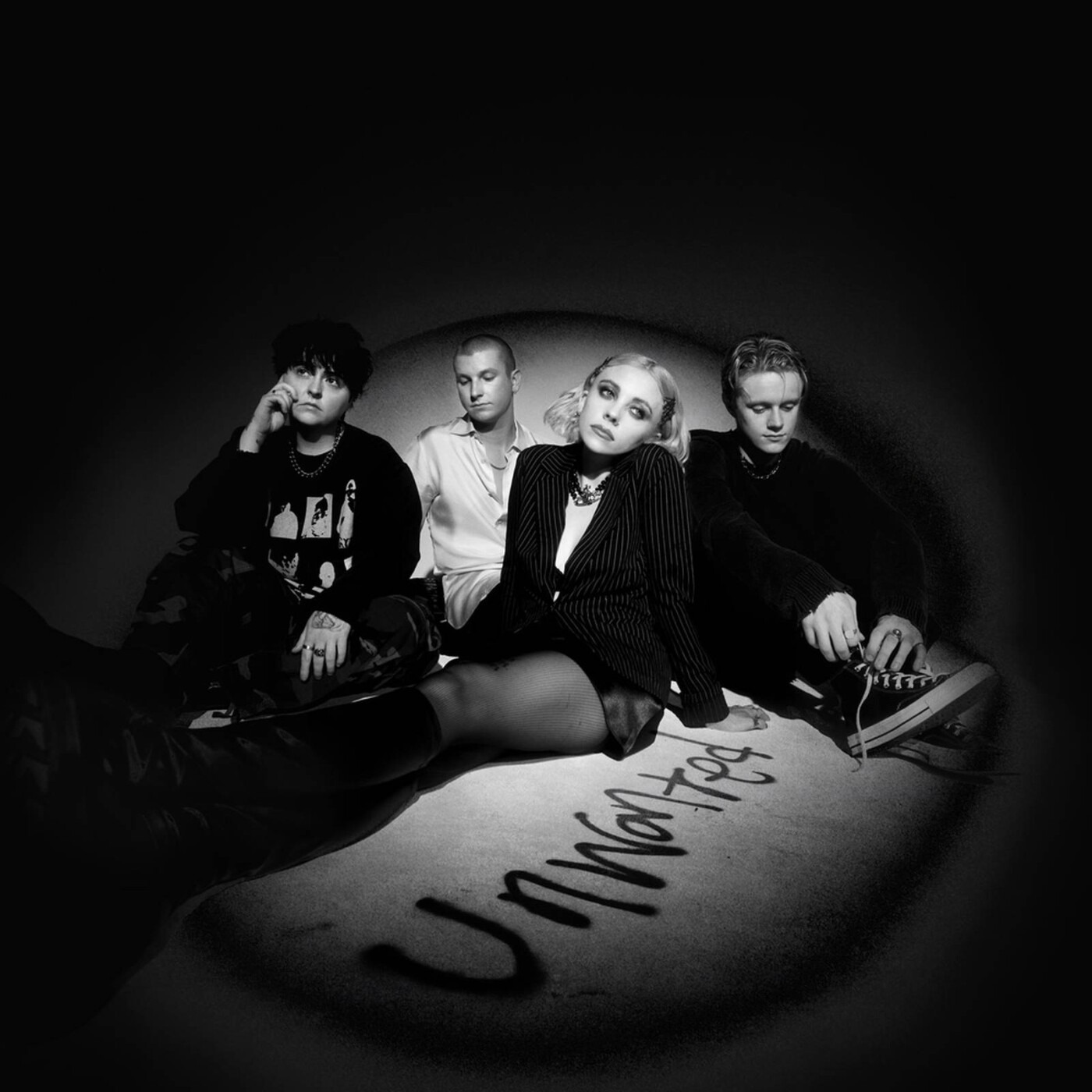 “You called it love, but it never had the feeling / Ripped out my heart and left it bleeding” sings Heather Baron-Gracie, lead singer and frontwoman of Pale Waves on  ‘Lies’, the opening track of their third album, Unwanted. There is poison in her voice, she is seething with spite, and wants to ensure the listener is well aware of this. From the get-go, it is clear the Manchester four-piece are back with venom and angrier than before. Gone is the glittery, youthful 80s pop of their debut album My Mind Makes Noises and the lovesick saccharine of Who Am I?

On Unwanted, as the album title suggests, the band take the side of the underdogs of the world, uniting them against those who have done them wrong. In fact, the album is dedicated to fans whose “family doesn’t approve of them, or their friends have disowned them because they’ve come out”. It is a statement that has been made time and time again, but still one worth making.

Pale Waves is essentially pop masked as punk or rock

From the band’s looks, it feels like Pale Waves should sound like a modern-day version of The Cure or New Order. But for all the black eyeliner, ripped tights, and worn-out Converse that the band is so fond of, the songs which lie behind the aesthetic are essentially conventional, mainstream pop songs with only a hint of the sound of the bands which have so clearly inspired Pale Waves’ look. With most songs not straying far from the 3-minute-mark, conventional song structures, and poppy, upbeat melodies, Pale Waves is essentially pop masked as punk or rock. Replace the electric guitars with an acoustic guitar and the drums with synth and you’ve got yourself a band fit for Top of the Pops.

However, it is precisely because of this that Pale Waves have been able to carve out their niche in the contemporary rock/pop landscape. Listening to Pale Waves provides a sense of danger and rebellion, yet their music still remains palatable to a wider audience. And of course, with a largely younger fanbase, and their (for the most part) clean discography, the band flirts with enough punk to appeal to the masses while perhaps serving as a gateway for artists with similar aesthetics but heavier music.

It is difficult to pick a standout on Unwanted. The vengeful ‘Jealousy’ and ‘Lies’ are both in competition for the top song, but the bashful earworm ‘Only Problem’ takes the crown. Featuring fast-paced electric guitars and lyrics that are meant to be sung with spite and disdain, the song encapsulates all that makes the album good. It is also all too easy to imagine yourself screaming along to the final line of the chorus “Maybe it’s time to let you go”, perhaps with a certain person in mind. ‘Only Problem’ is a song which, when sung as part of one of the crowds in their upcoming UK tour, will no doubt create an experience of catharsis and unity. The song would also be the perfect song for mosh pits — if only these took place at a Pale Waves gig.

But for all of the band’s pent-up anger, their fuse runs out fast

While Unwanted has a noticeably different sound from their previous two albums, the band still fall into the temptation of imitation too often. It wouldn’t be a Pale Waves album without clear influence from Avril Lavigne, The 1975, or even Taylor Swift. On ‘You’re so Vain’ there are almost painfully clear influences from Olivia Rodrigo’s ‘Brutal’. The spoken-word portion of the track almost sounds like an angrier version of a Wet Leg track, minus its sarcasm and wit.

But for all of the band’s pent-up anger, their fuse runs out fast. While the tracks are incredibly easy to get into — by the end of the first listen you are already singing along — these often become repetitive and uninteresting on the second listen. By the time you’re on the fifth or sixth listen you know the album inside out and are ready to move on to something new.

Unwanted may not be a genre-defining album or anything wholly new, but its message of unity and ultimately hope, is certain to help hundreds, if not thousands, of people feel like they are not alone. Leading an army of underdogs and rejects, the band provide a safe space where people can express these feelings of discontent and alienation. And even if they help just one, making the album will have been worth it.