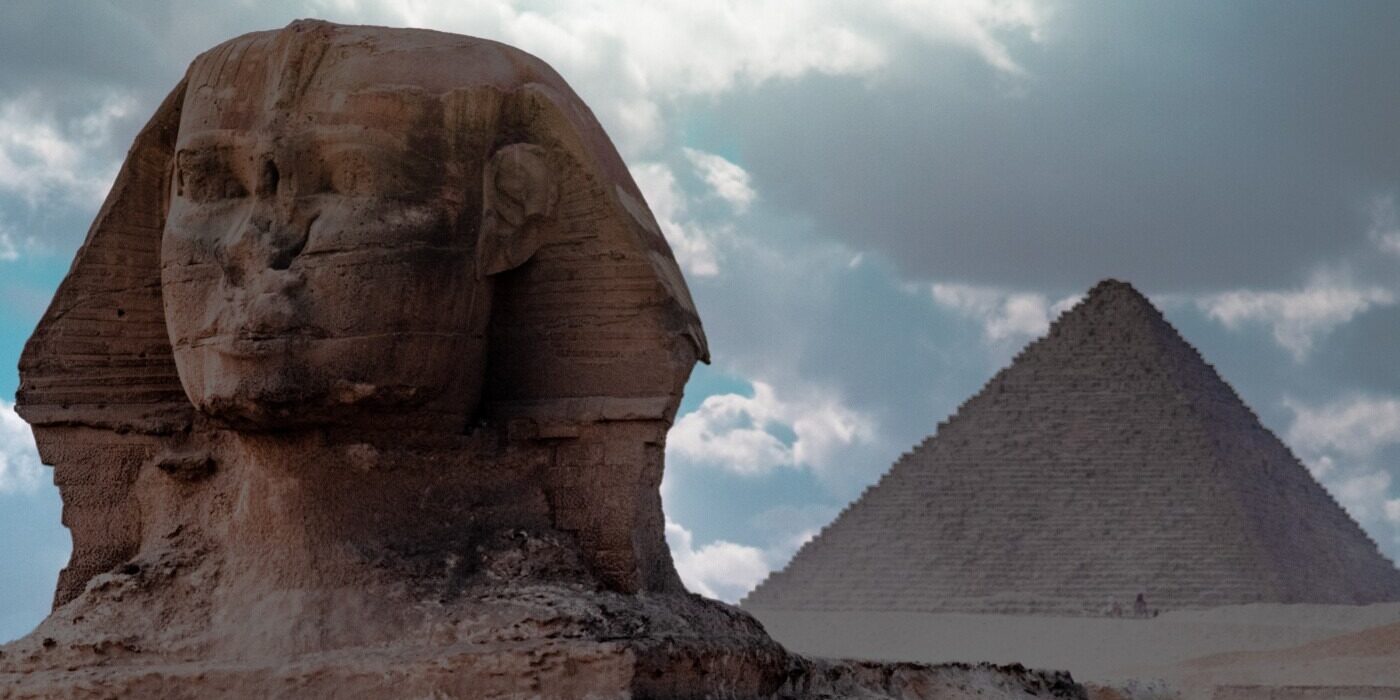 Time Travel: The Seven Wonders of the Ancient World

It’s the classic bucket list item for travellers: visiting The Seven Wonders of the World, and seeing these monuments in their full glory. But modern travellers are not unique in this endeavour, with ancient Greek tourists aiming to see what we now term ‘The Seven Wonders of the Ancient World’. For Hellenic tourists, the checklist comprised seven sites – the Great Pyramid of Giza, the Hanging Gardens of Babylon, the Temple of Artemis, the Statue of Zeus at Olympia, the Mausoleum at Halicarnassus, the Colossus of Rhodes, and the Lighthouse of Alexandria – six of which are now lost to history. How were these wonders selected, and what happened to them?

The origins of The Seven Ancient Wonders list dates back to around the 4th century BC. After Alexander the Great had conquered much of the known world, Greek travellers had access to the civilisations of the Egyptians, Persians, and Babylonians. As they travelled, they came upon a group of monuments that they found particularly awe-inspiring, for reasons of their artistry, the engineering skill evident in their construction, or simply their sheer scale. These travellers began to list what they had seen in order to remember these marvellous sights. The ancient Greeks did not use the word ‘wonders’, instead speaking of ‘theamata’, roughly translating as ‘sights’ or ‘things to be seen’, but the implication was the same – if you were a tourist at the time, these were the things to go and see.

The Seven Wonders only actually existed at the same time for around 60 years. The Colossus of Rhodes was the last of the seven to be completed, around 280 BC, and the first to be destroyed

Because Greek writers had compiled the original lists of the wonders, many of them were Greek monuments. The epigrammist Antipater of Sidon, who lived around 100 BC, gave a list of seven wonders to see – it matches six, and replaces the Lighthouse with the walls of Babylon. According to ancient authors, the walls were about 40 miles long and 82 feet in height, and wide enough that a four-horse chariot could be reversed on the roadway that ran atop them. The Roman poet Martial added the Colosseum to the list, and the Christian bishop Gregory of Tours added Solomon’s Temple in Jerusalem.1 Although certain entries remained consistent as the lists evolved, the definitive list of the Seven Ancient Wonders didn’t stabilise until the Renaissance, when only the Pyramid remained standing.

The Seven Wonders only actually existed at the same time for around 60 years. The Colossus of Rhodes was the last of the seven to be completed, around 280 BC, and the first to be destroyed (by an earthquake in 226 BC) – it lay in ruins for nearly a thousand years, until the remains were scrapped and carried off on the backs of 900 camels to be melted down. Earthquakes also destroyed the Lighthouse and the Mausoleum, and Christian crusaders would plunder the ruins of the latter in the 16th century and build a fort out of its remains. The Temple, said to have been the most elegant of the wonders, was destroyed by arson, and fire also took out the Statue of Zeus after it was reassembled at Constantinople.

Importantly, the meaning of ‘seven wonders’ has now changed – it still includes places to see, but they’re also seen as significant places to preserve

That leaves only the Hanging Gardens and the Pyramid, which linger for two different reasons. Modern historians and explorers have not yet proven the existence of the Hanging Gardens, although there are many theories about where it might have been (likely in Iraq) and what might have happened to it.  And the Great Pyramid, uniquely among the ancient wonders, still exists – its outer limestone casings were stripped away by medieval Muslims to build houses and bridges in Cairo, but it is otherwise intact. 19th-century tyrant Mohammed Ali had plans to tear it down for the stone, but the cost prevented this from happening.

The legacy of the list is a strong one, not least in the modern list it inspired. Modern historians created a new list in part because the original was so limited in its geographic scope – the Hellenic tourists could only describe the things they’d seen, and their travels did not extend beyond the Hellenic realm. The label has been co-opted by organisations and publications to describe different themes (although this is not that new an idea – Gregory of Tours compiled a seven wonders list based around Roman and Christian sites). Importantly, the meaning of ‘seven wonders’ has now changed – it still includes places to see, but they’re also seen as significant places to preserve.

The Seven Wonders list is a reflection of a time when the world was expanding, and ancient Greek people were so in awe of the wonders of other cultures, they documented them and described them as things to go visit. I think there’s something truly magical about that, and it’s pleasing that an even-more encompassing version of the list lives on today, even though most of these ancient wonders have been lost to time.