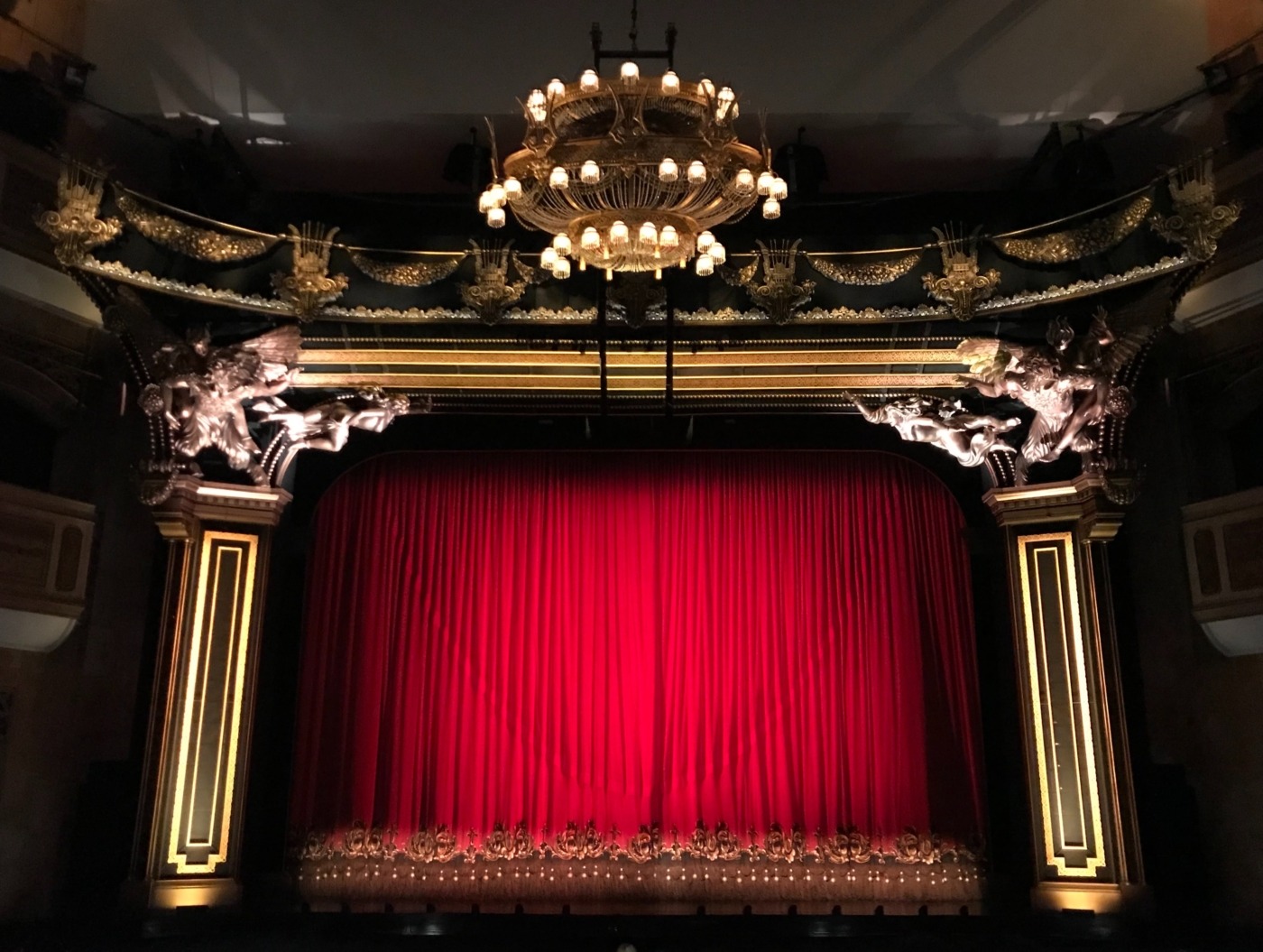 ‘The Improv Musical’ review: achingly funny entertainment at its best

The evening at Avon Drama Studio began with a packed theatre. Orchestrated by Music Theatre Warwick, it was abuzz with murmurings of anticipation and careful curiosity, and with its innovative concept, the Improv Musical promised entertainment at its best. In line with the spirit of improvisation, which was the not-so-secret theme of the evening, the house band, consisting of a keyboard, a cajón, and a guitar, set the tone for the rest of the evening with some freestyle jazz.

Similar to improvised theatre, but with a musical twist, the Improv Musical allows the audience to steer the story by voting on the setting, the characters, and a title – by cheering. As the show on 30 May took place at the height of the Binley Mega Chippy frenzy, it is no wonder that the famous fish and chips shop was chosen as the location by a wide margin. Picking characters, on the other hand, was not as straightforward. The audience ultimately settled on The Tiger Who Came To Tea and The Very Hungry Caterpillar, with Harry Styles a close third. Thus, from the imagination of the audience, ‘Mega Hungry Tea Time’ was born, for one night and one night only.

This is what makes the Improv Musical so enticing: even though the cast stays the same, every performance is unique. If you go see one of their shows at Edinburgh Fringe Festival this August, it could be set on the Titanic, in outer space, or at the bottom of the Mariana Trench, and the characters could be anybody from Kermit the Frog to Donald Trump. Perhaps it is this combination of involving the audience and not taking itself too seriously that means any performance of the Improv Musical is almost certain to be a crowd-pleaser.

After the voting process, the cast got the show off the road — and what a show it was! Equipped with colourful t-shirts and burning with zeal, the six cast members stood out against the dark background of the minimal stage. While a bit hesitant in the beginning, and quiet due to technical issues, they quickly came into their own. In changing combinations of two singers at a time, and accompanied by the rest of the cast acting as background singers and dancers, they performed bangers such as, ‘Chippy time’, ‘Gonna get some new dough’, ‘What’s gonna happen? (chip shop gone)’, and the ensemble song ‘Mega Hungry Tea Time remix’.

What truly carried this show was the achingly funny humour

At just over an hour, the show was surprisingly (and refreshingly) short, and worth it for every single minute. The contagious enthusiasm displayed by the entire cast made up for the slight lack of musical variety. However, a musical revelation came in the form of Suzy (Ellie Dickens), one of the scheming siblings who owned Binley Mini Chippy – Binley Mega Chippy’s much less successful (and accordingly bitter) arch-rival. The solo ‘You would do anything (for those you love)’, one of the few slower songs of the show, gave her and her lovely voice the space to shine brightly.

What truly carried this show was the achingly funny humour. The uncrowned star of the show in this department was The Tiger Who Came to Tea (Will Hall), a ravenous, chip-obsessed main character with (who would have thought) a heart of gold. Striking just the right balance between smugness, charm, and silliness, he won the crowd over from the very first roar. The improv comedy did not shy away from flirting with social commentary on entrepreneurial ‘can do’ mindsets, nor consider itself superior to leaning into the silliness of rhymes such as ‘dies–fries’, ‘chippy–flippy’ or (my personal favourite) “What happened to the chips?” – “What happened to our friendship?”. Whether it’s on the Titanic, with space pigs as the protagonists, or indeed at Binley Mega Chippy, an evening with Warwick’s very own Improv Musical is guaranteed to be a damn good time.