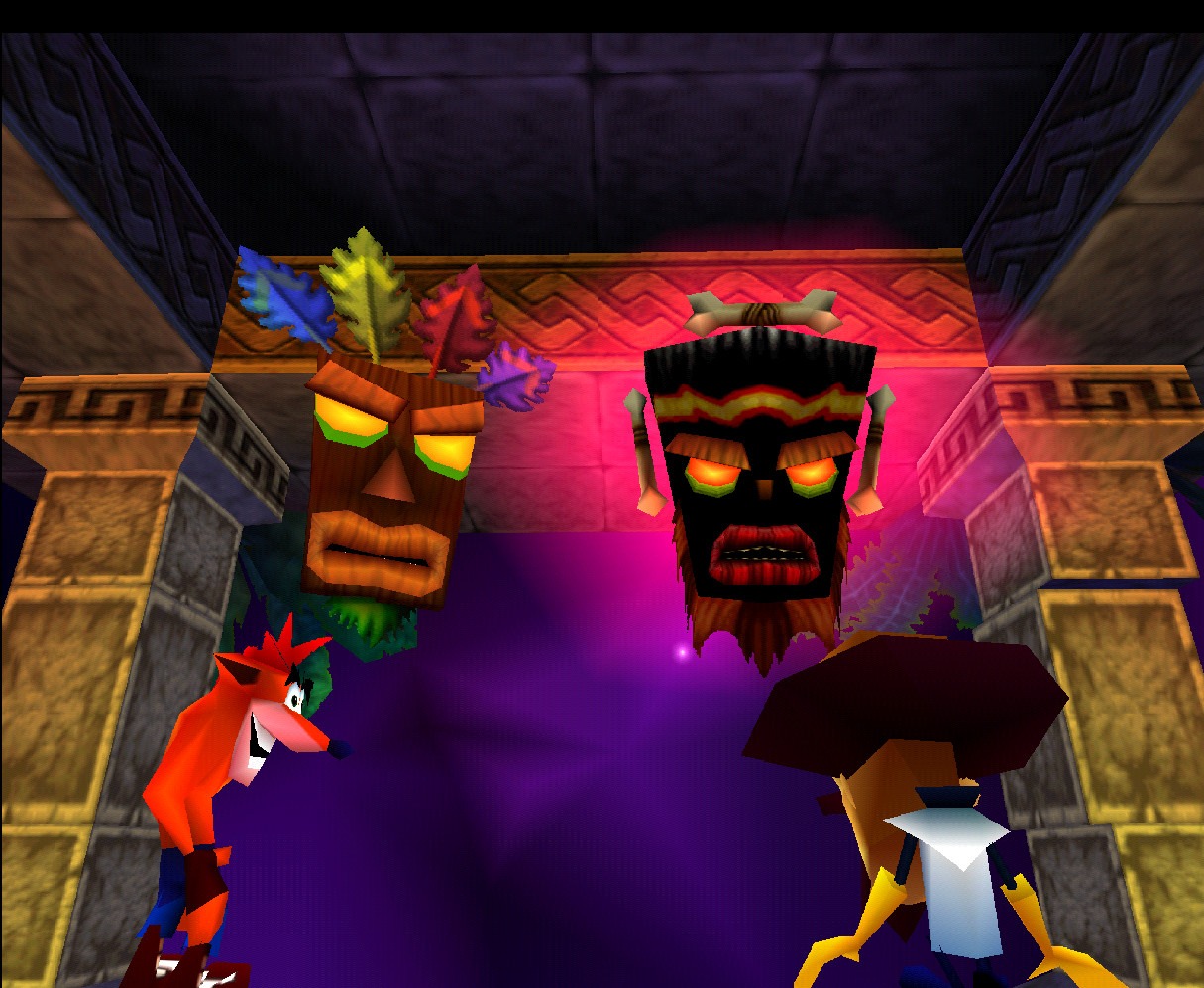 When I was a kid, I had two games consoles – my Gameboy Colour and my PlayStation 1, both of which were brand-new and very exciting things to own. If you had a PS1 at that time, there was one face you couldn’t escape, and that was the famous Crash Bandicoot. The marsupial swiftly became the unofficial mascot for the console, on the back of three successful and influential platform adventures and a racing game, all of which hold up wonderfully well today. But, as a kid, although I had all of these games, there was a different Crash outing that I tended towards, and that was the party game Crash Bash.

Crash Bash had an interesting development. Naughty Dog had fulfilled its contract to produce three platform games, and they opted to make a racing game off their own backs after seeing a potential way to reinvigorate the mechanics. After the release of Crash Team Racing, the studio was done with the bandicoot. It fell to a new developer, Eurocom Entertainment, to make a Crash game, with support from Cerny Games.

The game is your typical party entry, in which you compete in a selection of minigames. I mostly played alone, and thus my experience is mainly the single-player strand – Aku Aku and Uka Uka seek to resolve their feud, and so they bring in a number of characters from the franchise to battle it out for them (mainstays such as Crash and Cortex, plus the brand-new Rilla Roo). You play games to win crystals, from a selection of seven – a game in which defect balls from a goal, one in which you ride a polar bear and knock other players off a platform, a pogo stick colouring game, a tank battle, etc.

The game received a mixed reception on release and, revisiting it, it’s clear that that critical consensus is fair

Now, it transpires that there was more to the story mode, but I’ll be honest – I have no memory of ever advancing particularly far into the game. The reason became clear as I revisited the game, and began the campaign once again. It’s initially easy enough to wrack up crystals by winning the minigames, but in order to advance to more warp rooms and more games. But the further you go, the more you need – trophies and gems, which come from competing in the same games, and completing them with different criteria in mind. What this amounts to is replaying the same game at points at least nine times, which no guarantee that you’ll even receive the rewards you’re after.

Of course, a game like this is built for the multiplayer experience, and there are some fun games on offer. My favourite was ‘Ballistix’, the ball game, which can get genuinely quite tense as players are eliminated. The pogo-stick colouring game, one in which you throw crates at each other and the tank game are all enjoyable, but they’re rooted firmly in the luck of the draw (this is not necessarily a problem in itself, because any Mario Party afficionado will tell you the role of luck, but here it’s a bit too much). There’s a racing game and the polar bear one, but the controls are so iffy that they can be borderline unplayable.

And… that’s it. There are more minigames, but they’re all variants of these – say, the polar game becomes one in which the platform gradually shrinks. There needed to be more variety, because a few rounds of Crash Bash will feel repetitive much too soon. If you play the tournament mode, you can get repeats even within the few rounds. The best way to play the game is to opt for the battle mode, in which you can select any minigame you’ve unlocked, and then use a cheat code (remember those? We used to get them in books) to unlock all the games off the bat. Cheat codes also provided access to a bonus treat – a demo of Spyro: Year of the Dragon, which was very exciting at the time.

The game received a mixed reception on release and, revisiting it, it’s clear that that critical consensus is fair. There are elements of fun, and this is an enjoyable experience as an occasional party game, but the frustrating design and the limited selection of games mean it’s not much more than that. I’d be intrigued to see a reimagining of the game, in the mould of the Crash Trilogy or Nitro-Fuelled, but it would need major work, to the extent that it would essentially be a new game entirely. Still, there are consolations – at least it’s not Crash Boom Bang!