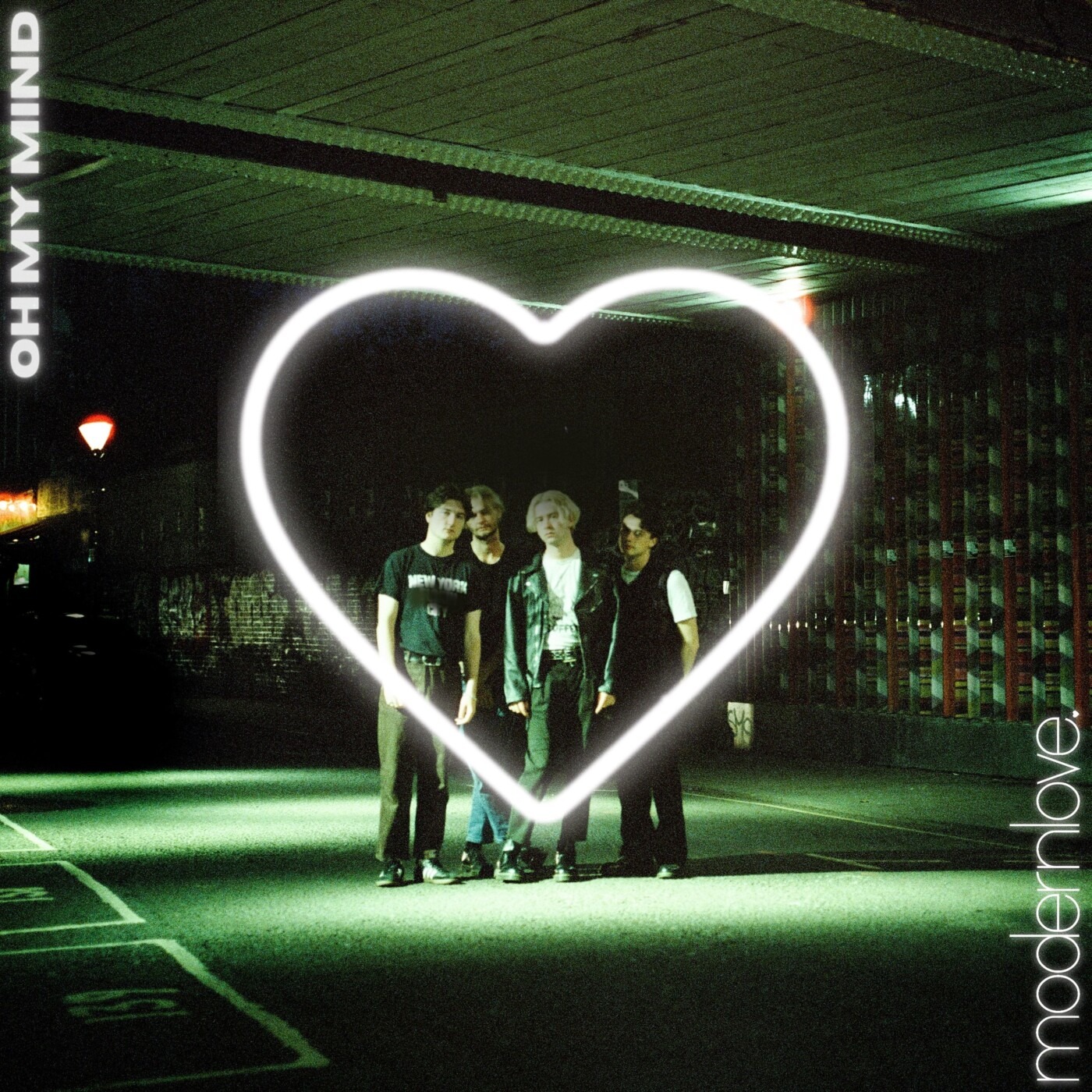 Modernlove capture the complexities of being young on Oh My Mind

They’re fun, their songs are catchy, and they sound like the soundtrack to a coming-of-age film. Their name? Modernlove. Hailing from Drogheda, Ireland, the up-and-coming band is back with their second EP, Oh My Mind. A combination of 80s synth-pop, indie, garage, and electronica, their music would not feel out of place on a late-night car drive with friends, at a beach party, or even as the soundtrack to a cheesy coming-of-age film.

Modernlove, as the band’s name suggests, capture the complexities of being young in the twenty-first century and everything that involves: the ups, the downs, and everything in between.‘Take My Head’, for example, is a witty yet honest portrayal of the anxieties associated with not knowing what comes next in one’s life. “Take my head and put it on your lap / It’s been gone for a while and hasn’t found its way back” sings the band on the track. The line is funny, but it also captures a universally-felt feeling down to a T.

Similarly, the title track deals with young people’s mental health struggles as a cause of the Internet, pop culture, and (of course) the coronavirus pandemic. Another example is ‘Us’, where the tale of a break-up is masked behind intricately layered synthesisers and shiny, polished production. But of course, what fun is it dealing with these topics in a serious manner when you could make an upbeat pop song out of them? It is this juxtaposition between sound and lyrics which makes songs on Oh My Mind work so well.

Perhaps most interesting about the EP is how the band can take such varied influences, stitch them together, and somehow make it work. There is evident influence from electronica and garage in ‘Take My Head’; there are bits of dream pop reminiscent of Flor on songs such as ‘Islands’ or ‘Oh My Mind’; and of course, there is a healthy sprinkling of alt-pop, indie, and rock throughout the EP.

Modernlove are here to stay, and their name is sure to start popping up everywhere in the next few years. With an upcoming UK tour in November, there is no excuse not to listen to the band or, for that matter, go and see them live. The four-piece is a definite one to watch in the following years and not listening to them would be a mistake. What’s more, you earn yourself bragging rights when you can say you “knew Modernlove before they were famous”. With only two EPs under their belt, there are a lot of uncharted territories for the band to explore and it will be exciting to see what the band comes up with next.