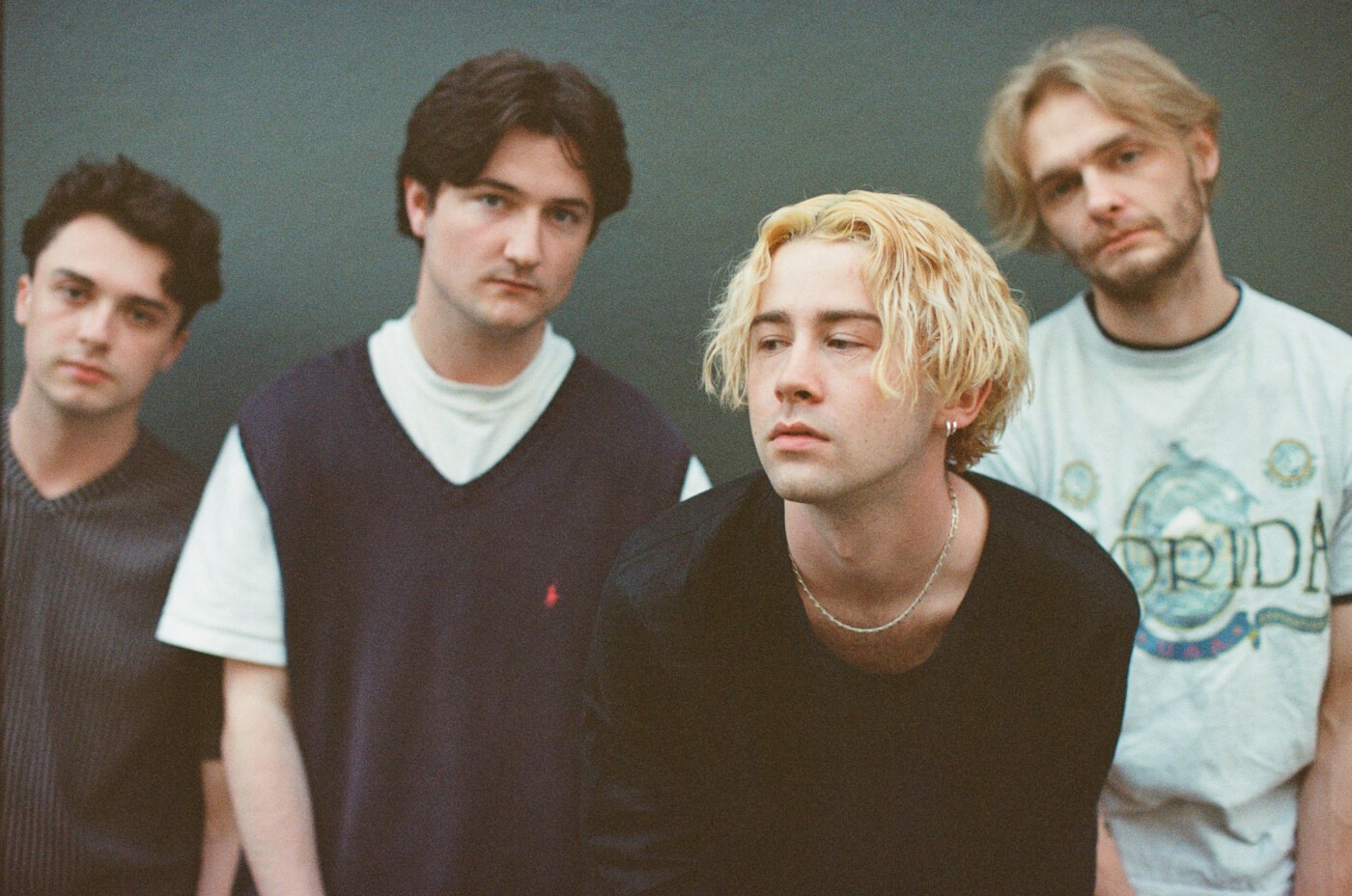 “Music is quite cathartic”: in conversation with modernlove.

With two excellent EPs under their belt and an extensive UK and Ireland tour coming up, there’s never been a more exciting time to be part of modernlove. The four-piece band, from Drogheda, Ireland have crafted a refreshing and exciting sound that is perfect for either dancing to or making you think and reflect, depending on whether you focus on their upbeat, indie melodies and production or their reflective and introspective lyrics.

“I think our sound is a mix of a lot of British and Irish alternative music,” notes Barry, vocalist for modernlove. “I would say a huge inspiration for us would be the likes of new age music like New Order and The Cure and all the way through to the likes of Block Party Bombay Bicycle Club, and the bands like The 1975 as well.”

Being Irish is sort of an inescapable thing

And while the band’s alternative influences are clear, the band also put their own spin on the genre. “There would be a lot of melodies and music that would kind of pull from Irish folk music and traditional music in sort of subtle ways,” Barry explains. It’s the kind of thing you don’t notice unless you’re looking for it. He continues: “The riff from our song ‘liquorice’, the main hook and the main riff in that, are sort of an inverted version of this melody that I used to play on the tin whistle. The song is called ‘The Derry Polka’”. It’s subtle, but it’s a way for the band to stay true to their Irish roots: “Being Irish is sort of an inescapable thing,” he says. His soft Irish accent only makes his words ring more true.

It is also commendable that the band have managed to establish a signature sound so early into their career. All of their songs feature glossy, 80’s-inspired production that makes each song sound like it has come straight off the soundtrack to a coming-of-age film or TV show. It is easy to imagine ‘Take My Head’ playing in the background as the main character drives down an open road with the windows down or ‘Islands’ as the conflict between the main character and their love interest intensifies.

And even though their music hasn’t been featured in a film or TV show (yet), I asked Barry what he would like to see modernlove. on the soundtrack to, and his answer was just as fitting as you would expect it to be: Skins. “I was watching when I was turning 16, 17 and Skins always had unbelievable music with the likes of The National and big indie bands.” This sparked an idea in him: “You know, I think I’ll get Dan [also from modernlove.] to watch Skins and then mix our songs into it. And then we can just watch it back.”

But in the meantime, the band’s visuals make up for it. One quick look at their music videos, their Instagram or even their cover art reveals the emphasis they put on their image. Tints of pastel pinks, blues, and purples wash over their photos, making them look like they have been taken straight out of a dream. “Rock and roll is you know, in a big way about image and the attitude and the feeling,” reflects Barry. “I think when we’re you know creating you know, videos or you know discussing the artwork for releases and stuff and press shots, it’s about coming up with something sort of cohesive and expresses to people who we are and invites people into our world.”

And with the band’s upcoming tour, this image is something they hope to carry into their performances. “I think it’s something that we definitely want to do when we’re playing gigs and going on tour is. We want to have the gigs be part of that world, the same world as the music videos and press releases and artwork.” From his description, it seems the band’s shows are going to be more than a gig — they are going to be an experience to remember. According to Barry, their shows will be “something that people step into and feel like they’re in our world with us, where we’re all drinking and smoking and falling in love.”

But unfortunately, life isn’t always fun, nor do we all live in a pastel-hued dreamland where nothing ever goes wrong. It is exactly because of this that the band juxtapose their upbeat, euphoric with their darker, more introspective lyrics which explore everything from feeling lonely (‘Islands’), to break-ups (‘Us’, ‘Familiar’), to mental health (‘Oh My Mind, ‘Take My Head’). But of course, what better way to deal with one’s issues than by making light of them? In Barry’s words, “It’s sort of: “I’m feeling rubbish, and I’m going to sing and have a dance to it”.”

But these problems cannot be ignored forever, and with songs like ‘Islands’, the band ensure their listeners know it’s okay not to be okay. “In a gig, it’s great to feel all connected and like everything’s brilliant and you’re just dancing the night away enjoying it, but I think you need to recognise that there are times when you just are lonely, and there’s no other way around it,” says Barry. But even when ‘Islands’ is played live, the band want to make sure everything isn’t doom and gloom: “Maybe after we play ‘Islands’, we’ll play something about falling in love so we can cheer people up straight after or if it gets too sad. There’ll be too many sobbing people in the crowd for we’ll be crying up on stage so we’ll play something happy after.”

We all feel the same way sometimes

With the band drawing on these harder-to-deal-with situations in their own lives as inspiration, songwriting can be quite therapeutic for the band. “The process of diving into those feelings and situations and then, singing about them outwardly projecting them, and being able to dance to it is euphoric, you know. You feel good. Music is quite cathartic,” explains Barry.

But the therapy of music is not just applicable to the band themselves. All too often music is praised for its individuality, but this shouldn’t always be the case, and this is “What should be equally as important are the ways in which we’re all the same, and that we all have, like the same wants and desires and needs,” explains Barry. His tone of voice is serious, and it becomes all the more clear how important this is for modernlove. This emphasis on relatability is evident in the band’s lyrics: at times, they’re serious. Other times, they’re witty. What remains the same throughout their discography is how universally relatable they are.

This is something Barry is insistent on: “When you are writing something that is true to you, it will be — it just has to be — true for a lot of other people. If it is a genuine expression of something that you’re feeling or thinking, I think you don’t need to try and make it more relatable to people. They will get it, you know. We all feel the same way sometimes.”

And even though the band will no doubt continue to write and release new music, their upcoming tour is at the forefront of Barry’s mind right now. Of course, having written and released a lot of their music during the COVID-19 pandemic, the band haven’t played their music live as much as they would have liked to. And in fact, Barry’s favourite moment of a live show so far is related to exactly that. “We played a small show in London, right after COVID; I’m just expecting no one to be there. And then it was a packed-out house. Just being able to do that after two years of being in lockdown and stuff got us so excited to be a band again. It doesn’t feel like that when you can’t go out and play your music.”

As for what comes next? Only time will tell, but as for their music, Barry hints at what path they might take next: “What I can definitely say is that a lot of the songs that we’ve been writing recently after this last EP have been very focused on how we’ll sound at a live show. So they’re a lot faster and a lot louder and have even more guitars.”

‘Modernlove.’ is certainly a name you will be hearing more of in the coming months and years, and with their upcoming tour, what better time to start listening to them than now?