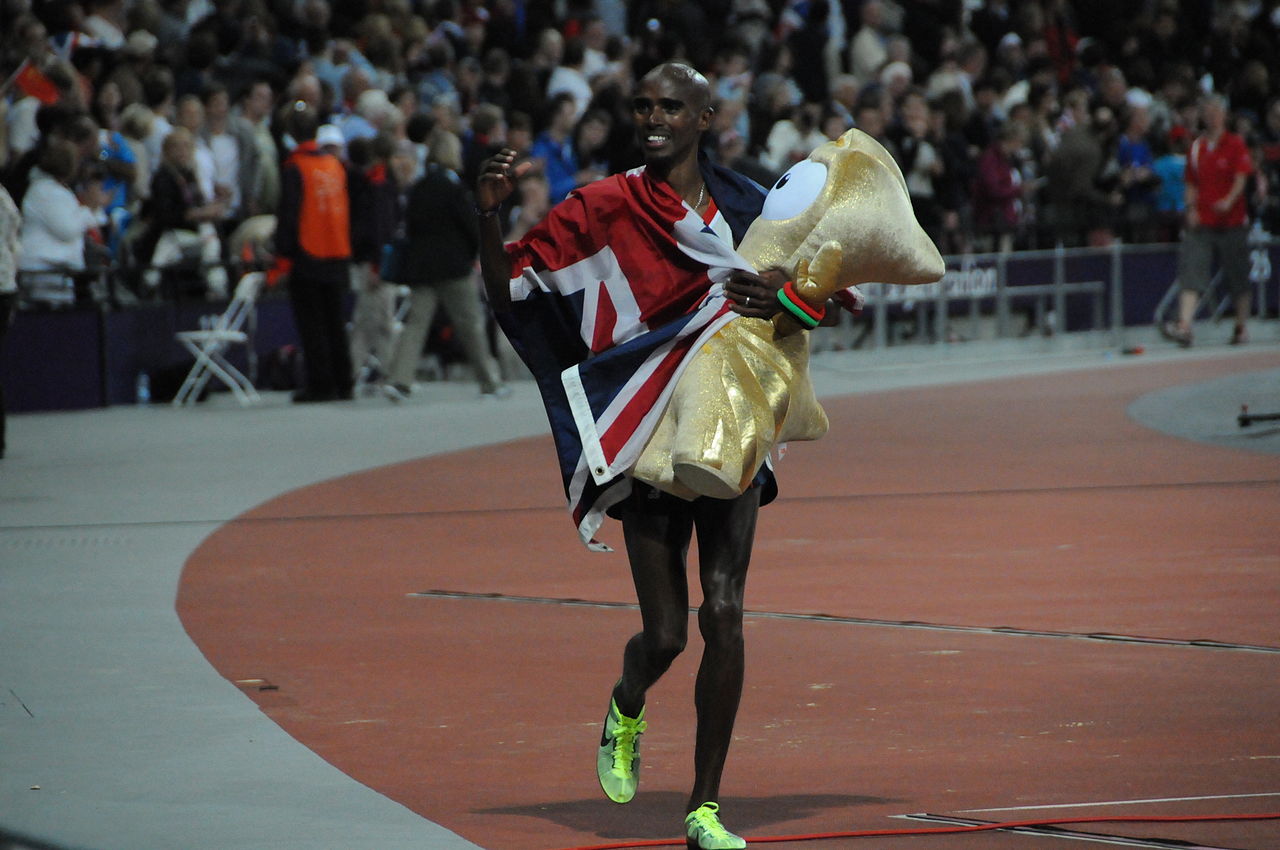 From trafficked to track-star: Mo Farah’s story and how it highlights the UK’s need to tackle child-trafficking.

Famed for his international running success, Sir Mo Farah recently revealed a shocking truth from his childhood. Before his athletic adulation, he was, in fact, trafficked to the UK as a child. His insightful documentary, The Real Mo Farah, shed a new light on the Olympic hero and the existence of this form of modern slavery, as well as raising questions about how trafficking will be tackled going forwards.

In 1983, a boy, who we know and celebrate as Mo Farah, was born to a farming family in Somalia. The boy, however, had been named Hussein Abdi Kahin, and he was to endure a turbulent childhood in the Horn of Africa. In the late 80s and early 90s, Somalia was one of the most conflict-stricken areas of Africa, with the Somali Rebellion acting as the catalyst for the ongoing Somali Civil War. As the civil war intensified, Hussein’s father was killed whilst farming and the family were left with little means to survive. It is for this reason that young Hussein Abdi Kahin was sent to live with relatives in the city.

Aged 9, Hussein was introduced to a woman who promised to take him to Europe to live with other relatives. Swept away by the prospect of foreign travel, and the possibility of true refuge from the scars that the civil war was searing onto his homeland, Hussein’s innocence didn’t alert him to the possible dangers of travelling with strangers. It was only when passing through passport control did the nine-year-old sense something was wrong. On his passport, he saw his photo but the name Mohammed Farah.

Mo had been brought over to the UK in the place of the ‘real’ Mohammed Farah.

In the documentary Mo discloses that he was told: ‘Don’t say anything, don’t talk, this is your name.’ Mo had been brought over to the UK in the place of the ‘real’ Mohammed Farah and was confined to a flat where he was forced to work and take care of other children.

The UN defines child trafficking as the ‘recruitment, transportation, transfer, harbouring, and/or receipt” of children for the purposes of exploitation, slavery and forced labour’. Whilst this sounds like something that wouldn’t happen in the UK, the documentary provided clear evidence that Mo was a victim of this crime and that there will be others that continue to live in these conditions today.

In 2021 there were a total of 10,613 individuals referred to the National Referral Mechanism, or NRM, an organisation which works to identify victims of trafficking and modern slavery. Of those referred 47% were children. This figure indicates that on average there are 10 children trafficked to the UK each week. But with it being such a difficult crime to identify, there are many victims who are not receiving help. Farah himself was a victim who struggled to find help.

It took Farah 30 years to publicly disclose that he had been trafficked. Disclosure, the act in which a victim tells someone that abuse is taking place, is a sensitive, complex, and often worrying act. Professor of Social Justice, Patricia Hayes has described that ‘disclosure is the first step to getting protection and support,’ but ‘identifying trafficking can be like building a jigsaw – a picture only emerges once the final pieces are added’.

Farah first disclosed to his PE teacher, Allan Watkins, after some years at secondary school, but this documentary will still have been a part of that process of adding pieces to his puzzle. In the documentary, it was striking that each time a new piece was added, the reaction of those involved seemed varied.

His other saviour, throughout his whole childhood, was running.

Watkins and other teachers at the school were shocked by his revelation but said it explained years or disruptive behaviour and fighting from Farah. Others, such as the Somalian family who had helped Farah during his teenage years, seemed unsurprised when Farah questioned them about his past. Of course, editorial, and legal requirements could have skewed their true thoughts, but the way Farah was passed the phone to speak to the real Mohammed Farah by his ‘Aunty Kinsy’ seemed all too easy.

It appeared that they almost accepted what had happened to Farah, who was clearly having to process a lot of troubling information. It raises the question of how deeply interwoven child trafficking is in some cultures and how easy it is to identify and deal with in the UK. If a victim is enclosed in a cultural circle in which trafficking is known of and unquestioned, making the disclosure to get more help, even if the victim is living comfortably away from those who trafficked them, could make it clear why this issue still circulates and why disclosure is so complex.

However, it’s undeniable that living with ‘Aunty Kinsey’ was a huge step in the right direction for Farah. He notes that his other saviour, throughout his whole childhood, was running. He described that: ‘The only thing that I could do, in my control, to run away from this was get out and run’.

Farah’s PE teacher encouraged him to join the local athletics club where his running went from strength to strength. As Mo became more successful, his citizenship became a sticking point which could have prevented him from competing internationally and having his athletic potential realised. It was Farah’s school that helped him to apply for British citizenship.

Going forwards the UK needs to build a system in which it doesn’t take a few Olympic gold medals for victims to be believed.

Watkins stated when they made the application, for Mohammed Farah, it was 4 years after Mo had made his disclosure. ‘Nobody was thinking back to the time he’d come over with a different identity’. By law, making this application was an act of fraud. The complications of Mo’s situation show that the aftermath of being trafficked doesn’t stop once the victim is removed from the situation.

Going public with the announcement could have also jeopardised Farah’s current citizenship status as he detailed how he illegally came into the country and, through no fault of his own, assumed an identity which wasn’t his. Since the documentary, the Home Office has, unsurprisingly, said they will take no further action over Farah’s status.

It is a strange, and almost sad, situation knowing that the thing which has given Mo the successful life he leads was once his way out of abuse and torment, and it is possibly what has allowed him to stay as a UK citizen today. But for others who have been trafficked into this country, and aren’t national treasures, the reality of keeping or even getting citizenship to stay in the country wouldn’t be as straightforward a road.

It’s hoped that the documentary will help other victims of abuse come forwards to speak about their experiences and get help. Multiple charities across the country have strong networks of staff who are there to support any victims who reach out to them. However, some working to help victims of trafficking, such as immigration lawyer, Maria Thomas, feel that “a culture of distrust” has built up in the UK system meaning that victims often aren’t believed by officials.

Going forwards the UK needs to build a system in which it doesn’t take a few Olympic gold medals for victims to be believed. Of course, caution around any false claims should still be guarded, but it must be remembered that human lives are at stake, and most cries for help will be genuine.

Now the story of a household name and sporting hero has been shared, perhaps we can begin to empathize with what is involved with being trafficked. Mo bravely put a human side onto a story many of us know only through headlines in the news. Perhaps more of these stories need to be published, not only for trafficking but for other crimes occurring in society, that we often fail to realise.