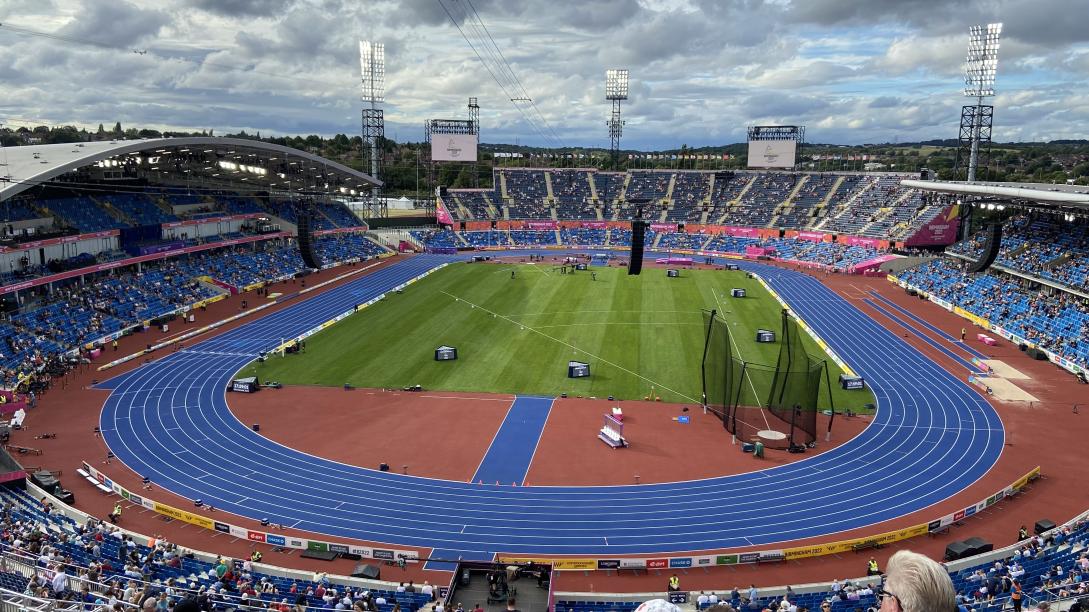 After the busy nature of the past few days of the Birmingham 2022 Games, things quieten down a little bit today with only 15 golds up for grabs. So who came out victorious on day 7?

Today’s first gold came in the women’s road cycling time trial, and it was Australia’s Grace Brown who took it, followed by England’s Anna Henderson in the silver-medal position. Henderson said: “It was mega – you don’t realise you’re at a home Games until everyone is screaming your name and screaming for England. I kept thinking ‘oh wow, I am in an England kit so I better move’ – just really happy to feel good on the bike and really happy with second.” In the men’s event, England’s Fred Wright established an overall lead as the event restarted for its final leg, but Australia’s Rohan Dennis surpassed him at the end, 26.28 seconds ahead, to push the Englishman into silver. Wales’ Geraint Thomas had been expected to challenge, but an early fall meant he was only able to recover to bronze.

England took its first medal in the rhythmic gymnastics team final since 2010 with a bronze for Marfa Ekimova, Alice Leaper and Saffron Severn, a very unexpected result. Canada earned the gold, ahead of Australia who landed silver.

In the men’s 1m springboard diving, England’s reigning champion Jack Laugher hoped to retain his title. He managed it, winning his third successive gold, and finishing 10 points ahead of the Australian two-time world champion Li Shixin.

The other diving event, the women’s 10m platform, saw England’s Andrea Spendolini Sirieix lead the field after qualifying with a final score of 360.20, setting the benchmark for the final. And she continued to prove dominant, ultimately claiming the gold on her Games debut.

England’s Zoe Newson led the women’s lightweight para powerlifting throughout the final, and her score of 102.2 was enough to cement the gold, with compatriot Olivia Broome winning silver. There was a touch of controversy at the event too, as both Nigerian competitors were disqualified for arriving 25 minutes late. In the men’s event, England’s Mark Swan set a new British record with a lift of 202kg, but he was only able to get his hands on silver against Bonnie Bunyau Gustin of Malaysia. Then it was the heavyweight categories – Nigeria’s Folashade Oluwafemiayo and India’s Sudhir Sudhir won the women’s and men’s golds respectively.

There were five golds up for track and field events, and competitors were keen to take them after a day of qualifying sessions. A throw of 67.26m saw Matthew Denny of Australia claim the discus gold, while Rasheed Broadball of Jamaica won 110m hurdles gold with a Commonwealth-record equalling time of 13.08 seconds. Two jumpers posted bests of 8.08m in the long jump, but Bahamas LaQuan Nairn took gold because his second-best jump was further. There was a gold for South Africa as Jonathan Ntutu defended his T11/12 100m title in 10.83 seconds – England’s Zac Shaw took silver. There were two women’s events – Australia’s Madison de Rozario claimed T53/54 1500m gold, with Scotland’s Sammi Kinghorn in bronze position, and Nigeria’s Goodness Nwachukwu broke the world record twice on the way to F42-44 and F61-66 discus gold.