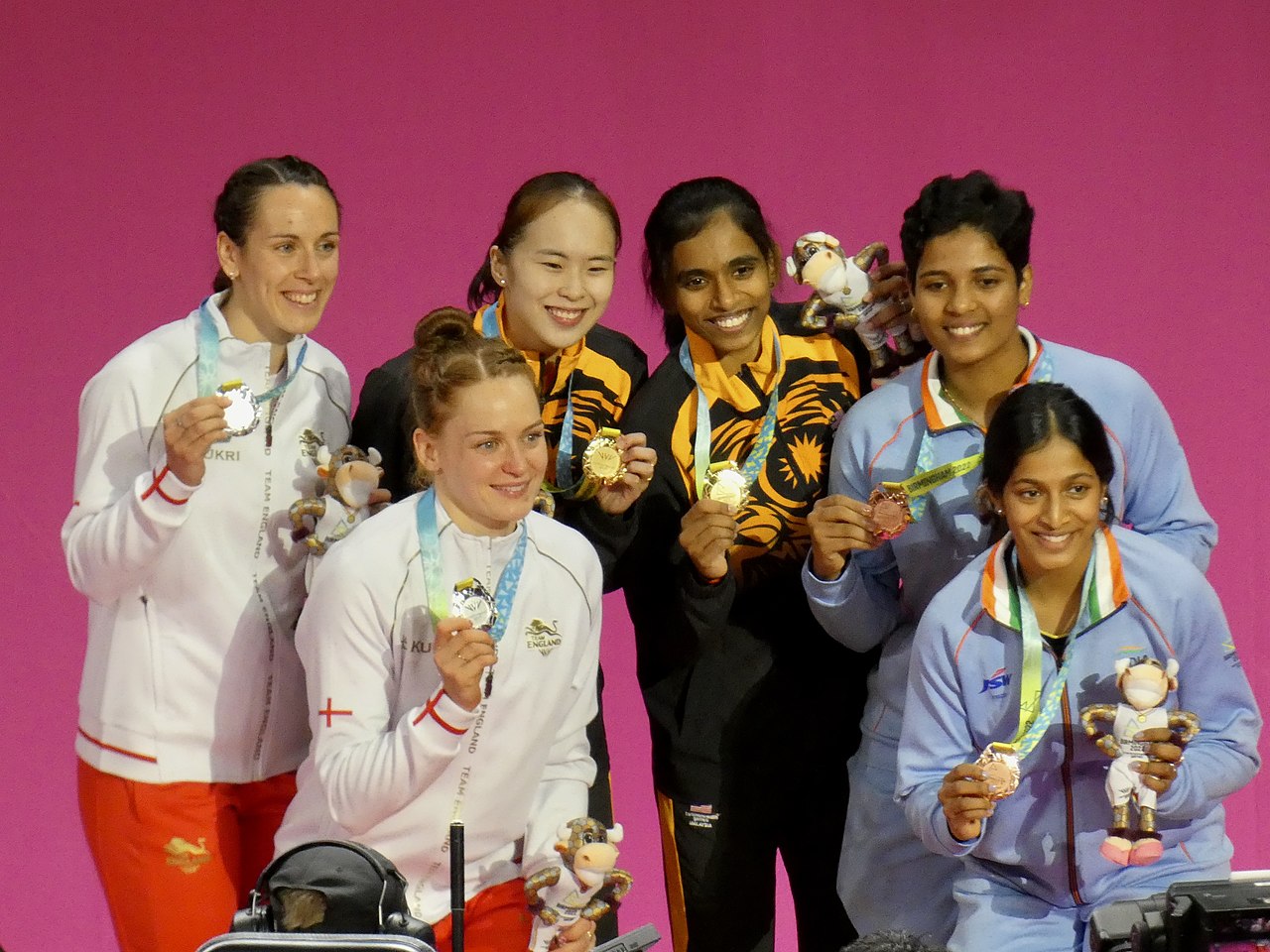 It’s the final day of the Birmingham 2022 Commonwealth Games – time to pick up the few remaining medals and see which nation will end up on top of the leaderboard. Will Australia retain their golden position, or will England pip them to the post? Read on to discover what happened on day 11, and to see the final medal table of the Games!

As the day began, England were beaten to the gold in the badminton mixed doubles, stunned by a 21-16 21-15 defeat by Singapore. India’s Pusarla Venkata Sindhu faced Michelle Li of Canada for the women’s singles gold, both players boasting a formidable back catalogue of wins. And, after taking bronze in 2014 and silver in 2018, the Indian player completed the set with gold, defeating an opponent who never really got going. In the men’s singles, Malaysia’s Ng Tze Yong faced India’s Lakshya Sen, who took the gold, winning a rally-full match 21-19 9-21 16-21. And India stormed to further success in the men’s doubles, beating the English duo quite handily. The last match, the women’s doubles, saw England face Malaysia, but they had very little in the tank – the Malaysian duo swiftly and dominantly claimed the final gold on Birmingham 2022 in just 33 minutes.

In the bronze-medal match for the men’s hockey, England faced South Africa – after a goalless first quarter, there were then goals aplenty in the second, the lead constantly bouncing between the two teams. But England then took charge – they’d established a 6-3 lead with 90 seconds to go, and then it was inevitable they’d be claiming the bronze. Australia faced India for the gold, in a match that proved surprisingly one-sided even despite Australia’s record of dominance in the event – the nation won a seventh men’s hockey title with 7-0.

There were two mixed synchronised diving events, the first time this has been part of the Games programme. It was very tight around the medal positions in the 3m event, but it was ultimately a strong dive – a forward three-and-a-half somersaults – by Scotland’s James Heatly and Grace Reid secured the gold. England took silver. It was similarly tight in the 10m event, with English and Australian pairs diving for the gold – in the end, the final diving gold of the Games went to the English duo Noah Williams and Andrea Spendolini-Sirieix, with a silver for their compatriots, knocking the Australians into bronze.

All the medals were handed out, and Perry the bull got to enjoy a little rest after dancing through 11 days of action

It was an all-England encounter in the men’s squash doubles gold-medal match, and James Willstrop and Declan James took the first game. Darryl Selby and Adrian Waller forced a decider, but they couldn’t convert the third game into the gold. In the women’s doubles, England’s Sarah-Jane Perry and Alison Waters claimed the silver in the face of some New Zealand opposition.

Liam Pitchford of England was fighting for the gold in the men’s singles table tennis, but he faced a formidable opponent in India’s Sharath Kamal Achanta, who stormed into an early lead. Pitchford fought back valiantly in the final game, but he was unable to prevent a 4-1 victory by Achanta (winning his second gold) and took the silver. In the women’s doubles, the Singapore team fended the Australian team 3-0 to secure the gold medal.

And that was it – all the medals were handed out, and Perry the bull got to enjoy a little rest after dancing through 11 days of action. Everyone gathered for the closing ceremony and started thinking ahead to Victoria 2026.