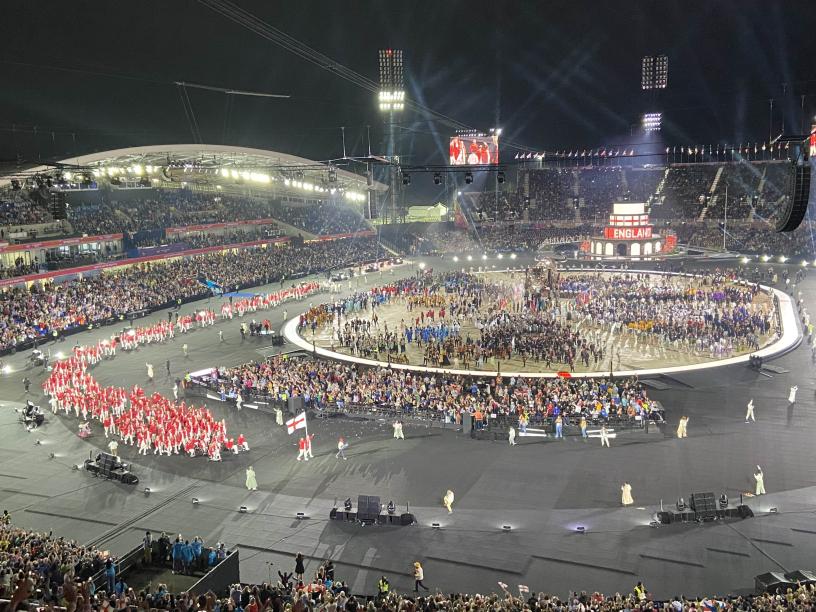 Commonwealth Games 2022: how did the home nations perform?

After 11 incredible days of sporting action in Birmingham, the Commonwealth Games 2022 have come to a close. Although it would ultimately be Australia that topped the medal table, it’s hard to deny that the home games enthused the crowd and the athletes, leading to one of their most successful Commonwealth Games ever. As everyone looks ahead to the 2024 Olympics and the 2026 instalment of the Games, coaches and sporting bodies will be reflecting on the highs and lows so they can do even better next time. So, with an eye to the highs, how did the home nations perform?

Three of the home nations finished in the top ten of the medal table. England was second with 57 golds and 176 medals total – Scotland was in position six with 13 golds and 51 total, and Wales came eighth with eight golds and 28 total. Northern Ireland was just outside the top ten, coming in 11th with seven golds and 18 total. The numbers tell mixed stories – on the gold front, England’s 57 was one below the national record of 58, set in 2014 at the Glasgow Games, but they did beat their previous best of 174 overall medals, set in the same Games.

England won golds in 14 of the 20 sports on the 2022 programme, including some surprise victories – Marfa Ekimova claiming the nation’s first-ever gold in the rhythmic gymnastics individual all-around final was one such example. A third of the golds came predominantly from three sports – the triathlon, the artistic gymnastics, and the diving. England took four of the five triathlon golds – Alex Yee won the men’s event, and he led the victorious relay team to another gold. There were golds in the men’s and women’s visually-impaired categories, and the women’s event saw England take silver (behind Bermuda’s Flora Duffy). Jake Jarman and Joe Fraser proved dominant in gymnastic events, winning four and three of England’s ten goals here respectively, while the nation won half of the 12 diving golds on offer.

Our shores boast a formidable amount of sporting talent, and these Games were a wonderful showcase of it

It was Scotland’s second-best performance at a Commonwealth Games after Glasgow 2014, finishing in double figures for gold and hitting 50 total medals, in each case for only the second time. Two of the 13 golds (and six of the medals overall) came courtesy of swimmer Duncan Scott, while three were for boxing events. Scotland also broke the record for the oldest gold medallist after 75-year-old George Miller won a medal for the B2/B3 mixed bowls. There was also joy on the track – Laura Muir claimed 1,500m gold, and Eilish McColgan won 10,000m to echo her mother Liz’s success in 1986 and 1990.

Wales was just shy of its best performances, but their eight gold medals trailed only the ten they won at the Gold Coast 2018 and Auckland 1990. The Croft brothers took a boxing gold and bronze between them, and Gemma Frizelle made history by winning the nation’s first-ever rhythmic gymnastics gold (after impressing in the hoop final). Olivia Breen’s surprise win in the T37/T38 100m was one of the nation’s major stories of the Games.

Northern Ireland’s boxers won five of the 16 golds on offer on the way to the nation’s best ever performance in terms of golds won, with siblings Aidan and Michaela Walsh among the medallists. The other two came in swimming and lawn bowls events. It’s also worth noting that the Guernsey team picked up multiple medals for only the second time – Lucy Beere won silver in lawn bowls, and a bronze in the men’s 400m hurdles was the island’s first-ever track and field medal.

These have been great Games for all of the home nations, with each of the nations posting some of their best-ever results, and it will be an encouraging sign for the future – our shores boast a formidable amount of sporting talent, and these Games were a wonderful showcase of it.