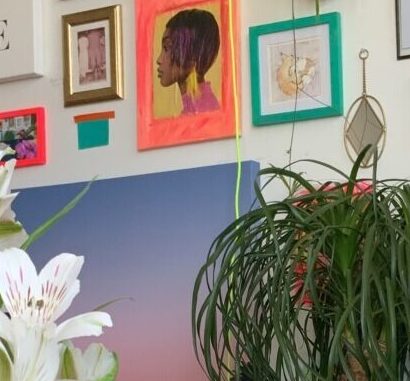 Aesthetic wars: how maximalism defends against the monster of minimalism

Something is killing you. No, not in the same way your vaping habits are, nor in the same way your internet addiction is. I’m talking about how something is killing you. Your identity and your ability to express yourself. Has your panic-induced mind guessed it yet? No, probably not – after all why would anyone think that the most basic of interior design and fashion aesthetics would have any sort of detrimental effect upon oneself? But, it’s true, minimalism has been killing you. Fortunately, maximalism has hijacked the boardroom of designers and fashionistas alike, and they are ready to provide you with the armour you need to defend yourself against a minimalist world.

Minimalism has long been depicted as a finder of freedom – a necessary tool for a cloudless life. It became popular in the US in the 50s and 60s when people began to embrace the simplicity of art, design, and fashion. Almost blank canvases and the bare bones of exhibitions, courtesy of the pioneers of minimalist art, Carl Andre and Frank Stella, could be seen in the Tate and MoMA. Slowly, our lives became streamlined. Everything we could possibly need could be found in a singular device – just look at the mobile phone.

Fashion has also followed suit. The ‘90s were decorated by delicate slip dresses à la Kate Moss for Calvin Klein, and with the ‘90s playing an iconic role in contemporary wardrobes, minimalism has burrowed deep into society’s imagination. Influencers take pride in their staple pieces and celebrities from Zoe Kravitz to Kim Kardashian don ‘off-duty’ basics.

Minimalism champions timelessness, and with rising concerns about the effect of consumerism on the planets’ constrained natural resources, this aesthetic would appear to be the ethical choice. It is really no surprise that minimalism has come to dominate the decorative arts.

Despite minimalism being an advocate of ‘less is more,’ there is an awful lot of it about, and while the message of considerate consumption is admirable, the destructive force of minimalism should be discussed. Luckily, it is well-documented for those that are ready to look: social media apps have morphed into each other (look at Instagram’s Reels that copy Tiktok), houses operate exclusively in greyscale, and fashion ‘basics’ have uniformed a population.

In an attempt to lose the clutter of contemporary life, we have instead lost any opportunities for true expression, detail, authenticity, and most importantly, fun. But we can be certain that followers of the minimalism cult would rather gorge themselves on some of the promises and rites of the aesthetic rather than unveil how their aesthetic choice has, in fact, been killing everything that makes them.

Gucci is one major brand that has always championed extravagance

However, in this age of aesthetic anonymity, there is a force defending the existence of detail and individuality – it is time to meet maximalism, where more really is more. Gucci is one major brand that has always championed extravagance. Alessandro Michele, the creative director of Gucci who likes to “work with a big confusion”, is a pioneer in maximalist dressing, with his surrealistic and cinematic approach to fashion. Although business wear dominated the designs, the eclectic mix of prints, powerful colours, and daring layers in his latest collections captured the greatness of maximalism. With maximalism, one can truly unlock one’s own identity and create vivacious masterpieces.

And it isn’t only in our wardrobes that we can find and flaunt our individuality. Interior design is also succumbing to the force of maximalism. Gone are the days of beige and immaculate houses, like Kim Kardashian’s mega-mansion. Instead, houses are being transformed into visually rich escapes with colour, plants, and mismatching artwork – it is proving to be an act of self-discovery from the monotony of everyday life. Korean artist and designer, Seungin Yang’s, eccentric collection of balloon chairs throw a carefree glimpse back into childhood, while design firm, Roman & Williams, curate havens for curiosity in their visually intriguing spaces.

Modern maximalism, however, can be harnessed from within. With the world facing dire challenges, like extreme poverty and environmental concerns, consumers are more conscious of their choices than ever before. The mismatched artwork scattered around people’s houses are souvenirs from their own forays into the art world on a rainy day, and the wacky layers of clothes are vintage, having been salvaged from charity shops. Maximalism has come to recognise the importance of conscious decisions around the items in our lives. The difference is that maximalism spurs our individuality – there is no wrong way to express oneself or a competitive edge.

Minimalism’s attempts to strip back our eccentric whims have reigned for far too long, and now we have no choice but to enter a new era of self-expression and self-liberation, donning nothing but the armour our newly found maximalism provides us with.