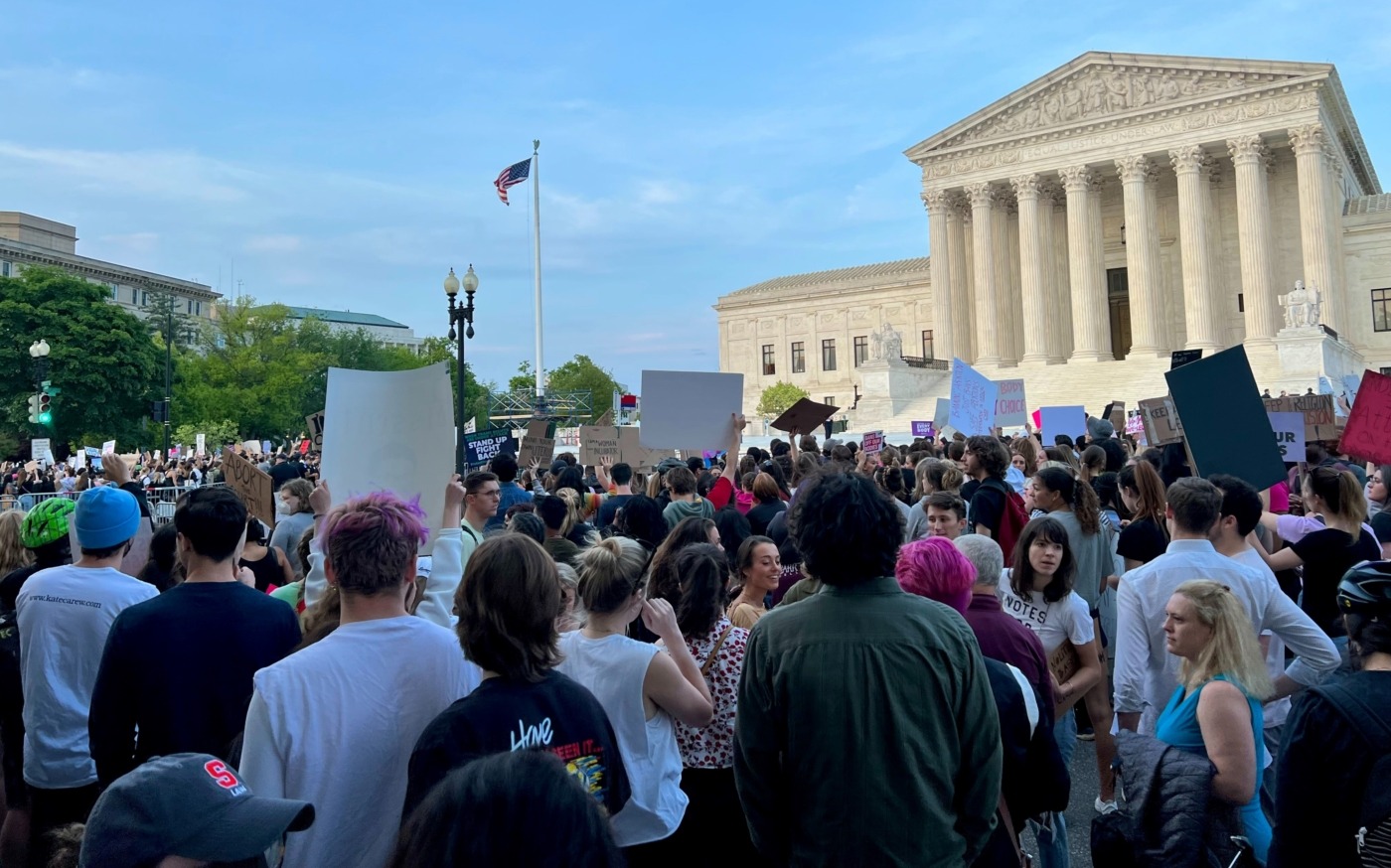 Why was science overruled in the Roe v Wade decision?

Over the past few weeks, news outlets and social media platforms have been filled with the news of an overturning of abortion rights across the USA. This decision was made despite scientific evidence proving that access to abortion is an important component of reproductive healthcare. Why were scientists ignored and what could the consequences be of this decision?

Firstly, let’s take a quick look at what the overruling is and how it came about. In 1969, abortion laws in Texas were challenged by a 25-year-old woman Norma McCorvey (who used the pseudonym ‘Jane Roe’). At the time, abortion in the state was forbidden, except in cases where the mother’s life was in danger. The district attorney defending the anti-abortion law was Henry Wade – hence the term ‘Roe v Wade’. Following this, in 1973, the US Supreme Court finally ruled in favour of Norma McCorvey and declared that unduly restrictive state regulation of abortion is unconstitutional.

The overruling of the Roe v Wade decision is due to a new case: Dobbs v Jackson. The court has ruled in favour of the state, which in this case means that in the state of Mississippi, abortions are banned after 15 weeks. This decision has ended the constitutional right to abortion and allowed individual states to ban the procedure again. Half of the US states are expected to bring in new bans or restrictions, some of which are now already in place. As a result, abortion access is about to be cut off for an estimated 36 million women of reproductive age.

Although opinions on abortion are often formed on the basis of an individual’s personal beliefs, there is scientific evidence which shows that access to abortion is an important component of reproductive healthcare. In fact, over 800 scientists and scientific organisations have provided such evidence to the court. However, despite the evidence, the overruling is still going ahead.

One of the most staggering pieces of evidence is the rise in mortality that will occur as a result of the overruling. The US already has the highest maternal mortality rate by far of any developed country, and this is only continuing to rise. In 2020 alone, 861 women died from pregnancy or childbirth-related causes. In addition, people of colour are already disproportionately affected by childbirth mortality and this is expected to rise even further.

In this case, the scientific evidence has been ignored by the Supreme Court

The ban on abortions can damage the mother’s physical and mental health. For example, some women will be forced to continue a challenging pregnancy, even at the risk of their own health. Furthermore, the inability to access abortions can lead to victims of rape and sexual assault having to raise the child of their perpetrator. Some women may still wish to have an abortion. In the best-case scenario, this could involve extensive travelling to another state or country. However, this is not accessible to all. In the worst case, this could result in the use of unsafe and illegal procedures which are extremely high risk. Further evidence shows that unwanted pregnancies have many harmful long-term consequences for the parents such as a toll on their mental health and financial hardship.

Overall, there is a colossal amount of evidence showing that the ban on abortions will undoubtedly have negative consequences on the health of those it affects. It is concerning to see that although medicine has advanced to such a level where abortions can be carried out safely, the use of them is being further restricted. Unfortunately, in this case, the scientific evidence has been ignored by the Supreme Court. While this is an extremely saddening time, we must keep fighting to educate and make change.