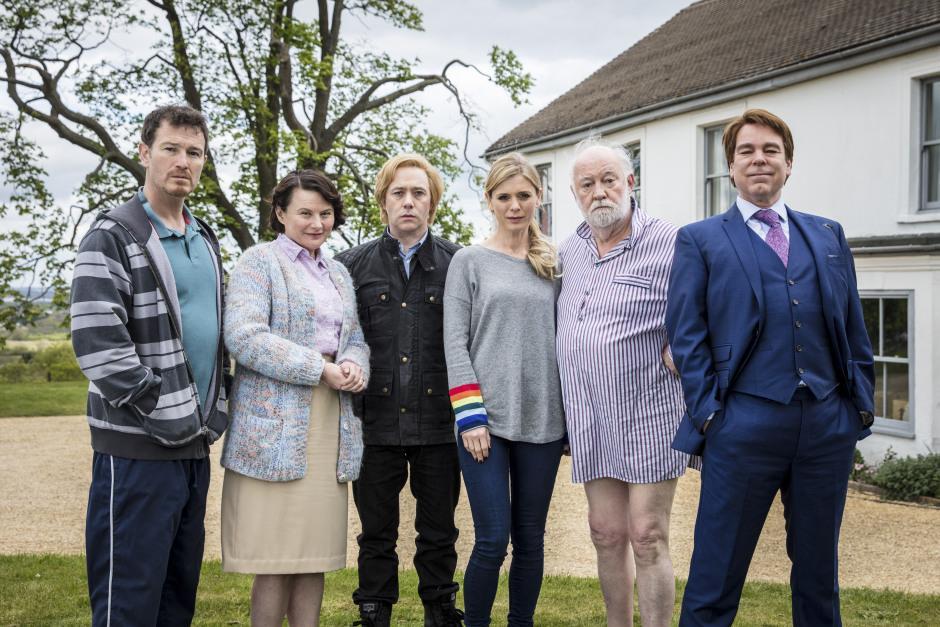 The Perfect Episode: Inside No.9’s ‘Once Removed’

Inside No 9’ was a programme which became a vital tonic during my second-year exams. After a day of revision, I would be intrigued, shocked, horrified but nearly always satisfied by the visual creations of Reece Shearsmith and Steve Pemberton. Best known as members of The League of Gentlemen, their award-winning anthology series, on air since 2014, has deftly created a different 30-minute story every single time. The only uniting link is the appearance of Pemberton and Shearsmith, alongside a hare statue, which appears in the background of each episode.

The formatting of a show like this has many advantages. Actors who may be unable to commit to a full series can appear in a single half-hour episode. Different characters and scenarios allow a rich range of stories. The constraint of fitting a story within 30 minutes can instead be its liberation. Shearsmith and Pemberton have proven that to be the case, again and again, using invention and skills to shock and delight audiences week after week.

Trying to pick the episode which achieves this most perfectly is, to some extent, a fool’s game. Such is the difference and high quality of each episode that narrowing down the success, like all aspects of criticism, can only ever be subjective. However, among the variety of different dark premises, mixed with various twists and turns, the episode of Inside No 9 I, for now, hold in the highest regard, is ‘Once Removed’. In episode three of series four, the plot’s premise is built on the little-known Holmes and Rahe Stress Scale, which ranks moving home as the 32nd most stressful experience.

You may think this would be unsatisfying, yet actually, the opposite is true

However, it would not be an episode of Inside No 9 if stress was absent. With the plot occurring in a reverse structure, the episode begins with its ending. You may think this would be unsatisfying, yet actually, the opposite is true. Numerous dramas have begun out of chronological order, before rewinding to give the audience great satisfaction with how the climax was reached. In this sense, ‘Once Removed’ takes on various meanings, relating to both the family structure, the order of scenes and something far more sinister.

Mirroring one of my favourite ever films, Memento, the widespread confused dialogue works perfectly to highlight the bewilderment of characters and audience alike. Set with a family moving out of their luxurious home, the drama finishes with removal man Spike (Nick Moran) arriving to cart the boxes away. Yet little does he know what to expect. Every so often, just as the conclusion of one scene has been reached, the words ‘ten minutes earlier’ appear on the screen, allowing the drama to rewind.

the motivation behind moving home starts to become clearer

The audience learns that the house belongs to Natasha (Emilia Fox), daughter of the ageing Percy (David Calder), who believes himself to be Andrew Lloyd Webber. With these two excellent performances, the motivation behind moving home starts to become clearer. Large parts of the drama take place with characters alone, making an excellent musical score essential. The melodic sounds perfectly add to the anticipation and lack of awareness facing the twists and turns.

Inevitably, some of the characters fall into different stereotypes, but that delivers part of the familiarity we want to witness. Steve Pemberton plays Hugo, an estate agent who believes he is selling the home to Viktor (Reece Shearsmith), the latter of whom is not who he appears to be. Attempting to pull a fast one, the manner in which this is achieved is often gripping and compelling.

The narrative is captivating, utterly coherent and makes you gasp out loud

Indeed, by the drama taking place in reverse, parts of the narrative fall into place which you had witnessed in later scenes. For example, the specific positioning of a bathroom rug and a bucket of water come to play a dramatic impact in later (or earlier) aspects of the episode. Certain props and actors behaving differently compared to the exterior impression they give to characters brilliantly help to culminate a forthright, dramatic, intense piece of drama.

Despite every episode being the start of a new story, it’s apparent just how much time and effort Shearsmith and Pemberton put into making the story rivetingly tight and compact. The narrative is captivating, utterly coherent and makes you gasp out loud. The satisfaction delivered could not be higher. Indeed, like the best dramas, you feel only the desire to watch the drama again. Though this time, of course, it would have to be from the end.