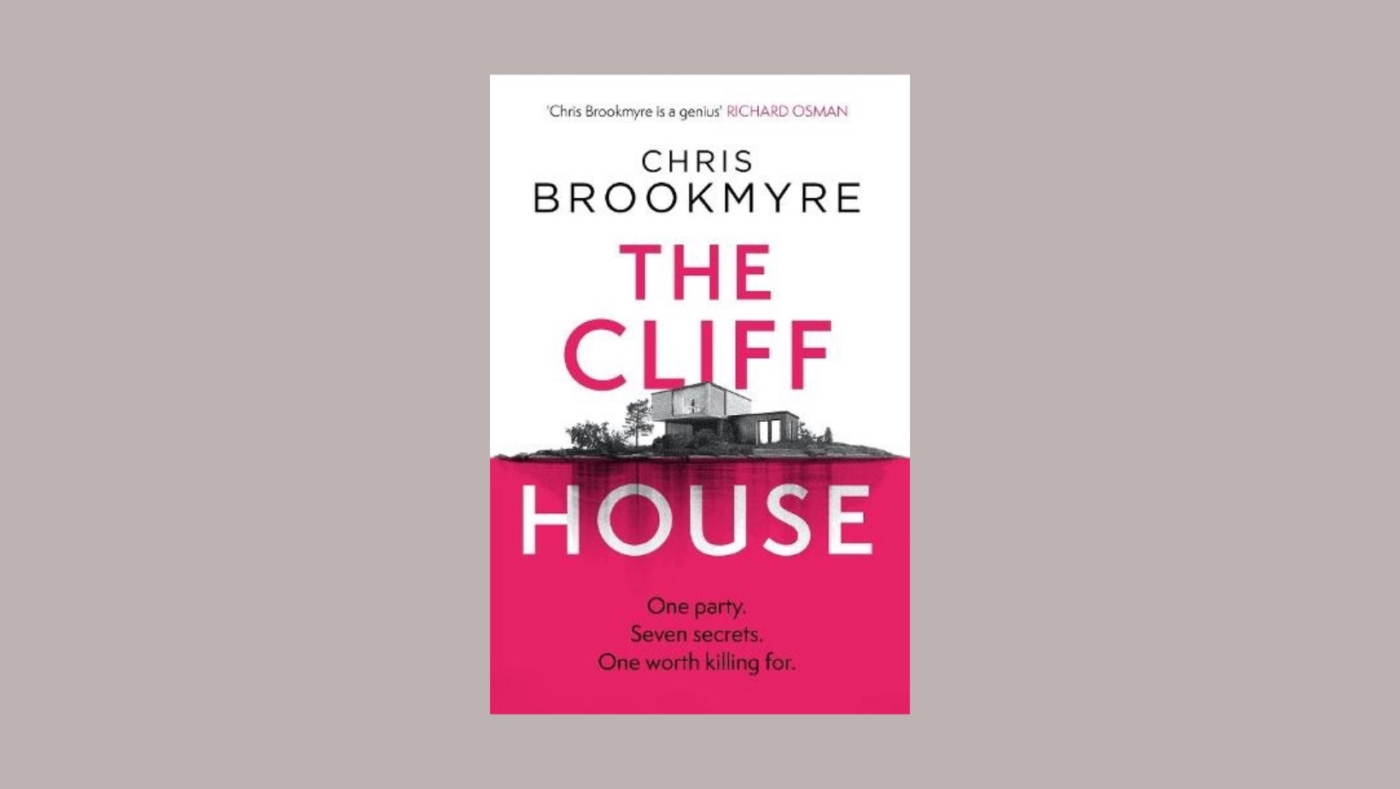 The Cliff House is right on trend

There’s a bit of a literary renaissance at the moment for a certain form of book–the shelves are stocked with mysteries in which a killer is present in an isolated location with a limited cast of characters. Chris Brookmyre’s latest novel, The Cliff House, continues in that trope. It’s a solid and well-written work with interesting characters and a lot of engaging mysteries to unpack, even if it may have benefitted from one or two fewer in the long run.

The book’s central character is Jen, who has planned a 72-hour luxury getaway on a private island for her hen party with six of her friends. It doesn’t take time for tempers to erupt as the group catch up—old vendettas start to raise their heads, and some members of the group want to settle old scores. But things swiftly take a turn for the worst. A body is discovered, one of the group disappears, and all of the party receive a message telling them that unless someone confesses their terrible secret, the missing friend will be killed. Can the group survive, and will they have to reveal their hidden shames along the way?

Structurally, the book reminded me of Lucy Foley’s The Guest List—it’s set on a private island adjacent to a wedding, and each chapter aligns us with the viewpoint of a particular character. Brookmyre has a wonderful gift for sketching characters–we learn a lot about them, but the author has the rare talent of writing a couple of sentences that tell you more than a chapter could. He effectively conveys each character’s perspective on events, which makes for some fascinating psychological reading when they break off into pairs and interact with each other.

The book has been sold as a thriller, but really, it’s more a selection of engaging character studies and an exploration of the dynamics between different women. I found the seemingly show-offy Nicolette to be a particularly interesting character, and a woman I could really imagine existing, especially as her secret came tumbling out. There’s a lot of tension inherent in the Jen-Beattie partnership, and it’s one of the most interesting drivers of the novel. Jen’s ex-husband Jason was Beattie’s brother, but Jason went missing under a storm of police corruption and domestic abuse allegations and his sister wants to find out the truth. This plot thread simmered away nicely, and I was excited to see how Brookmyre would resolve it.

I don’t think the book is perfect, and there were some points where my suspension of disbelief was stretched just a little too much.

Generally, Brookmyre’s writing here is exceptional. He delivers the necessary exposition in engaging ways, and I was impressed with how much information he could cleverly present while driving the narrative forwards. The reader is never bogged down and, after learning how the narrative played out, he also put in a lot of foreshadowing that hinted at what would come without being too heavy-handed. Brookmyre balances character development with plot and expository backstory, and knits them all together very cleverly indeed.

I don’t think the book is perfect, and there were some points where my suspension of disbelief was stretched just a little too much. There’s a character who is introduced towards the centre of the book, appears for a couple of chapters, and then completely vanishes from the narrative–I thought that too much was made of them for them to just vanish. The ending generally works, but there are so many twists and developments that it did start to teeter on the edge of feeling contrived—I suspect many readers may have much less patience than I did. And, given the excellent character work, I did find it unbelievable how nicely some of the secrets and revelations were dealt with. The resolution is a little too polished given what came before.

Despite the plot sometimes being a bit too much, I genuinely quite enjoyed The Cliff House. Brookmyre’s book is an enjoyable read, buoyed by engaging characters and a crisp writing style that makes it hard to put the book down. It’s not the most unique story you’ll have ever read–you could find similar novels a dime a dozen on the bookshelf–but this is certainly one of the better ones, and worth checking out.