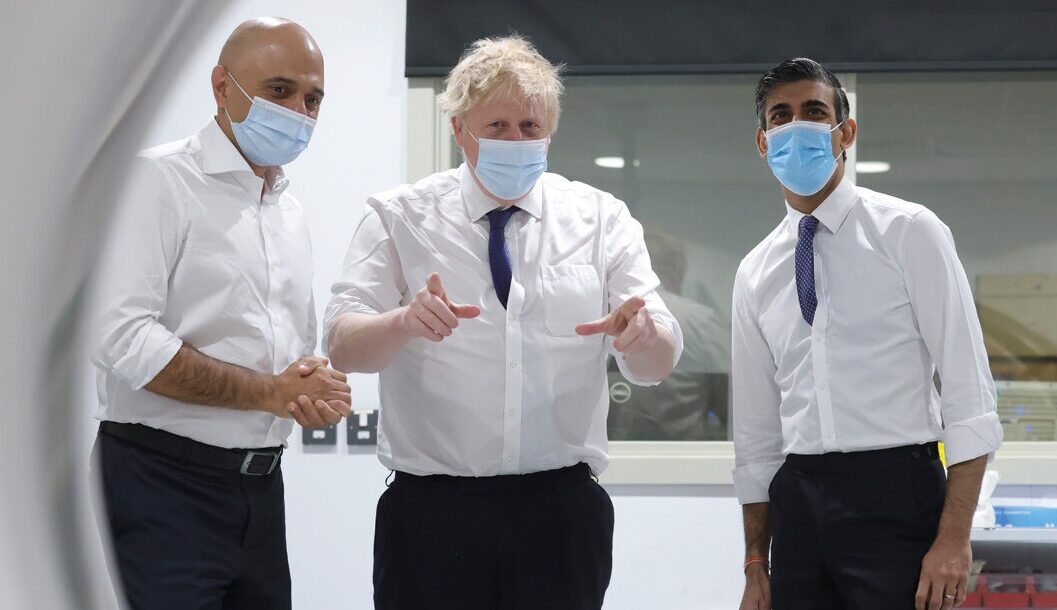 Image: Department for Levelling Up, Housing and Communities / Wikimedia Commons

Integrity or self-preservation: Sunak and Javid’s resignation is not an act of heroism

“Women and children first!” they shouted aboard the Titanic when it began to sink. In Boris Johnson’s Cabinet, however, it is the Chancellor of the Exchequer, Rishi Sunak, and the Secretary of State for Health, Sajid Javid, rushing for the lifeboats first.

Yesterday, Tuesday 5 July 2022, Boris Johnson’s government was struck by yet more shockwaves as Cabinet heavyweights, Sunak and Javid, both resigned from government, with immediate effect. This follows from another turbulent week in Westminster, after six new claims against Tory MP Chris Pincher were unearthed, days after he was suspended because of groping allegations.

But it wasn’t the assault allegations that dealt the knockout blow to the Cabinet careers of Johnson’s top dogs. No, the halls of Parliament have been heaving with sex scandals for a long time, be it from convicted sexual assaulter Imran Ahmed Khan or Johnson himself. Instead, it is Johnson’s handling of the situation – he knowingly appointed the disgraced MP to deputy chief whip in 2022 and when this information drifted into public consciousness, he once again feigned amnesia.

The tone you set as a leader, and the values you represent, reflect on your colleagues, your party and ultimately the country

Both Ministers, in their letters of resignation to the PM, referred to the fact that they can no longer stand by Johnson. Javid said in his more scathing letter: “I can no longer, in good conscience, continue serving in this government. I am instinctively a team player, but the British people also rightly expect integrity from their government. The tone you set as a leader, and the values you represent, reflect on your colleagues, your party and ultimately the country.” Sunak’s resignation which followed shortly after Javid’s departure, also alluded to the decline of standards in government, stating that the public expect a competent government and that he could no longer stand by the PM.

These letters seem admirable. There are, at least, two people in government who can do the right thing and stand by the British public who elected them in, even at the expense of future ministerial jobs. Sunak and Javid are showing the public that some politicians still have integrity. Or so they want you to believe.

This is nothing short of an elaborate chess game. The moves taken yesterday by Javid and Sunak are ones of self-preservation, not integrity. To everyone and anyone, Downing Street, under the command of Johnson, has been sinking for a long time. Scandal after scandal has rocked this government yet these two ministers remained. These are tactical politicians, who have masterminded the right time to start fleeing for the lifeboats.

After all, where were the honourable resignations when police investigations into Partygate were taking place? Downing Street partied on while the country locked itself away during the pandemic. In fact, Sunak, when asked whether Mr Johnson was an honest man during the police investigations, responded “of course, he’s the prime minister of the United Kingdom,” despite both Johnson and Sunak claiming to have never attended a party, only to be issued with fines later on.

This isn’t heroism. This is the survival of one’s career and one’s reputation

In his letter, Javid spoke of his time as a cabinet minister, stating that: “I have served you [Johnson] loyally and as a friend.” But loyalty and friendship to Johnson has, and always will, come at a price. It means that one must lie to others. Far from painting the picture of a faithful man, stepping into career martyrdom for the good of the nation, we are left with the image of a man who has been strong enough to lie to the public in support of Johnson, in the face of numerous scandals, but is too weak to see his support through to its miserable end.

Although both men agree that they may never hold a cabinet position again, rushing from the Cabinet at this time is simply an example of a functioning survival instinct and not the act of heroism they would have us believe. We are currently facing a dire cost-of-living crisis and recovering from a pandemic – I can think of many jobs that are more desirable than being Chancellor or Health Secretary given the current political and economic challenges.

Like cell renewal, politics is a system of ever-revolving doors. Of course, Javid knows all about this given that he has previously served as Chancellor and Home Secretary. This dramatic departure may serve both men in the future. Even if they can’t make it back into ministerial positions, during a reshuffle or if the Tories are re-elected, past experience shows us that former ministers can make a nice living for themselves by advising top investment banks – something Javid also knows a lot about.

Many are lauding the resignations of Rishi Sunak and Sajid Javid as the beginning of the end for Johnson. Their valiant acts will finally draw down the PM, similarly to how the resignation of Nigel Lawson helped bring down Margaret Thatcher. But this isn’t heroism. This is the survival of one’s career and one’s reputation. And if we know anything about Johnson, it is that he will, somehow, manage to hold onto his position. At least for a little while.