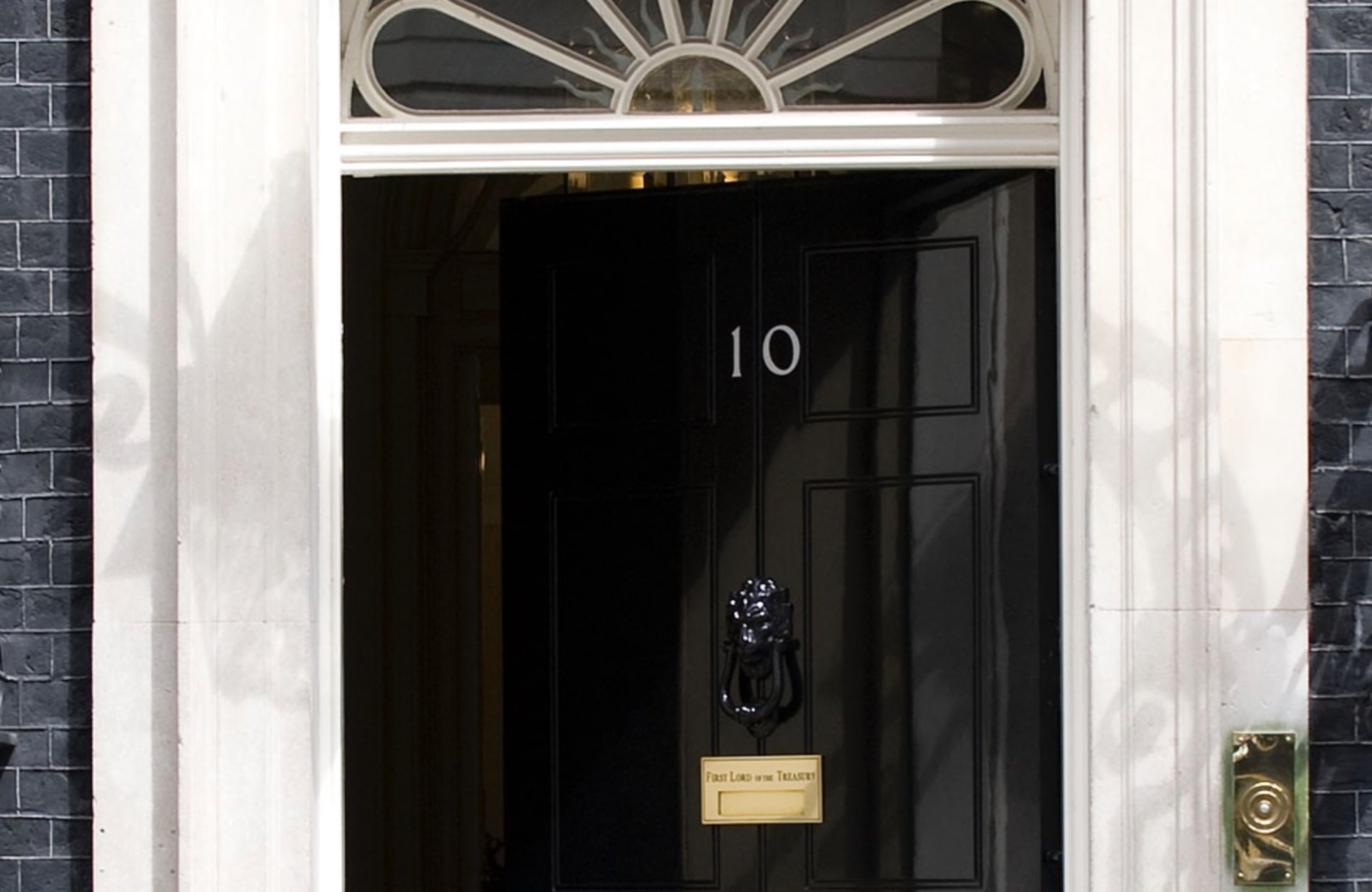 Our next Prime Minister – where do the candidates stand?

In the two weeks since Boris Johnson resigned, there’s been a rapid-fire race to replace him. Eight Conservative MPs stood in the leadership competition – we’ve had votes, debates, accusations of malicious campaigning, and now we’re down to the final two candidates. Either Rishi Sunak or Liz Truss will be Britain’s next Prime Minister, with the final decision to be announced on 5 September after Conservative party members cast their votes.

It is very unlikely that the succession will lead to a general election. And, as the two candidates have both been serving members of the Johnson cabinet, elected to enact the 2019 Conservative manifesto, there are unlikely to be major radical shifts in government policy. Yet differences have emerged between the two candidates, and so it’s time to break those down and see what we should expect when the winner of this race becomes the leader of our country.

Sunak was first elected in 2015 in the Richmond constituency. He was a junior minister for local government (2018-19), the chief secretary to the Treasury (2019-20), and then he served as Johnson’s chancellor of the exchequer from February 2020 until earlier this month. Sunak’s popularity soared as a result of the measures he took to protect people’s jobs during the Covid lockdowns – he won praise for the rapid introduction of furlough support schemes worth billions of pounds, as well as measures including a stamp duty holiday, a job retention bonus for employers, and the Eat Out to Help Out scheme to support hospitality.

Truss was first elected in 2010 in the Southwest Norfolk constituency. She has served as junior education minister (2012-14), environment secretary (2014-16), lord chancellor and justice secretary (2016-17), chief secretary to the Treasury (2017-19), international trade secretary (2019-21), and she is the incumbent equalities minister (from 2019) and foreign secretary (from 2021). Despite voting remain in the Brexit referendum, she has become a major advocate for leaving the EU, signing a number of trade deals around the world, and her current role has put her at the forefront of Britain’s global push to support Ukraine.

Amid a cost-of-living crisis and rampant inflation, economic policy has become the major issue of the Conservative leadership election.

Sunak has presided over the highest tax burden since the 1950s, something he attributes to paying for the debt racked up over Covid. He has warned against promising immediate tax cuts, saying that inflation needs to be brought under control first. He has pledged to cut income tax before the end of the next Parliament, and suggested he wants “radical reforms” to the ways businesses are taxed. To support people, he has promised a focus on employment by making sure people have the skills for better-paid jobs, and when he was chancellor, he announced an ‘Energy Profits Levy’, a windfall tax on energy firms, to support households struggling with bills.

Truss has a different approach to Sunak. She has promised to reverse the recent rise in National Insurance, and to scrap a 2023 rise in corporation tax. She wants to treat the UK’s Covid debt as a war debt, and spread the repayments over a longer period. She has promised to change taxes to help carers, and she wants to create new “low-tax and low-regulation zones” across the country as hubs for innovation and enterprise. During one of the leadership debates, she called on the Bank of England to do more to tackle inflation, arguing “we haven’t been tough enough on the monetary supply”.

Sunak said he would reverse “recent trends to erase women via the use of clumsy, gender-neutral language” and said that “we must be able to call a mother a mother and talk about breastfeeding”. He said that he would crackdown on sexual exploitation, and that police officers should be on the streets rather than on Twitter. He intends to create a new criminal offence for belonging to or facilitating grooming gangs, and he backs ministers having a veto over parole board decisions.

As she attacked fellow leadership contender Penny Mordaunt, Truss was keen to underline that she had opposed moving ahead with self-identification for transgender people. She has called for GP services to be more accessible, which she suggests will reduce the pressure on hospitals, and pledged to give every child “the best opportunity to succeed”.

Sunak has agreed to honour the ‘net zero by 2050’ goal, and he wants to introduce a legal target of 2045 to make the UK energy self-sufficient (a target he wants to beat). He argues that these targets must be met through green energy and an increase in economic growth, and that going too hard, or too fast, on reducing emissions will increase public hostility at a pivotal moment. He also announced that he would reverse plans to scrap the ban on building new onshore windfarms, but his preference is to expand the offshore wind programme. His green commitments are facing added scepticism after reports he blocked green policies with spending implications when he was in the Treasury.

Truss also intends to honour the 2050 target, and she spoke of “accelerating our transition to net zero” at the COP26 climate summit. She intends to suspend the green levy, the part of the energy bill that supports green projects, to help with the cost of living. She would review the ban on fracking, and she intends to build more nuclear power stations. She wants to protect wildlife and biodiversity, and so would commission a new survey of UK wildlife.

Sunak said that he supports the Rwanda migrant removal scheme, and that he would maintain defence spending at current levels of at least 2%. He has criticised the Northern Ireland Protocol as posing challenges to the stability of the country, but is committed to reforming all EU laws and bureaucracy by the next general election. He has pledged to continue the Johnson policy towards Ukraine, and said that his first foreign trip would be to Kyiv.

Truss has indicated her support for the Rwanda migrant removal scheme, and she has expressed a desire to expand it to other countries (such as Turkey). She would bring a target of 2.5% defence spending forward to 2026, and introduce a new target of 3% by 2030. Her supporters have said Truss plans to drive forward regulatory divergence from the EU to spur dynamism in the economy, and she is expected to continue broad policy linked to the NI Protocol. As foreign secretary, Truss said that Russia needs to withdraw fully from Ukraine, and that sanctions should continue until that happens.

On 12 April this year, Sunak was issued with a fixed penalty notice for breaking Covid lockdown rules – Johnson also received a penalty, and his reaction to the Partygate affair was one of the factors leading to his removal from office. The former chancellor has also received criticism about his wealth. He and his wife are worth a combined £730 million, leading to accusations that he simply cannot understand the problems faced by ordinary people. This was compounded by the revelation that his wife claims non-domicile status, saving millions of pounds in tax (there’s no suggestion of wrongdoing, but the look was a bad one). Sunak must also appeal to a Conservative membership that is still fond of Boris Johnson – there’s an old maxim that he who wields the knife never wears the crown, and as Sunak’s resignation kickstarted the process that led to Johnson leaving office, it may really count against him, even before his tax-rising record comes into play.

Truss was previously a Liberal Democrat at university, where she advocated for the abolition of the monarchy – her views have since changed, but continue to be brandished against her. Despite transforming into a Brexit supporter, she still attracts criticism for her Remain support – Sunak was keen to use it as a weapon in one of the leadership debates. One of the biggest worries hanging over the Truss campaign is her perceived inability to connect with voters – Truss appears awkward and unnatural when speaking, heavily losing the first leadership debate, and some Tory MPs have termed her ‘Maybot 2.0’ as a result. Team Truss is keen to make a big deal of her experience, but as one lobby reporter asked: “What’s the point of experience if you look like a rabbit in the headlights every time you’re asked to communicate it?”

So who will win?

One of the interesting things about this race has been the discrepancies between the two electorates. From the off, Sunak has been the favourite among MPs – he has led every single MP vote by a comfortable margin, although not by as much as had been expected by pollsters. Truss, by contrast, struggled to gain momentum through much of the competition – she came behind Penny Mordaunt in every round but the final one, and there were even some (improbable) suggestions that she should drop out so her voters could back the Kemi Badenoch campaign, which occupied a similar space on the right of the party.

However, polls of the party members have been consistently disappointing for the Sunak camp. The members have generally ranked Sunak low when it comes to Prime Minister preferences, and he has always been behind Truss in these polls. The most recent, taken shortly before Mordaunt’s elimination, showed Truss beating Sunak 49% to 42% – bad numbers, although a rise from the previous comparison of 51% to 34%. These numbers do not preclude a Sunak victory, but they do suggest that Truss is the favourite, something bookies and pundits agree with.