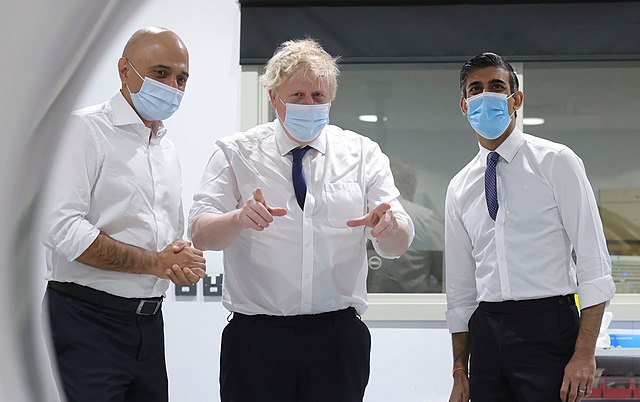 The Economics of the Tory Leadership Contest

In case you haven’t noticed, there is an election going on to choose our next Prime Minister. It is not, as you might expect, one being tendered to the nation but rather, under our Parliamentary system, will be decided by a mix of Conservative MPs and members.

Given this is a Finance column, then, there arises a natural question: What does the election mean for the economy?

At the moment there are countless candidates in the field, before they are whittled down by Tory MPs. The exact policy specifics, then, are hard to speculate on. In broad strokes, however, the prognosis, both for students specifically and the country more broadly, is not good.

As a spoiler, it didn’t work for Reagan, landing the government with a massive deficit, and it won’t work now

I’ll refrain from listing the tax proposals of every leadership hopeful, for the simple reason that the 1922 Committee, who runs these elections, has adopted a brutal schedule meaning that most candidates won’t be in the race within a week of writing. All candidates except Rishi Sunak have suggested tax cuts of some stripe, with little sense of how to fund them. Nadhim Zahawi, who has now dropped out, also suggested very substantial cuts to public services: a flat reduction of 20% across all departmental budgets. The austerity imposed during the Coalition amounted only to around 10% of public spending. All of which is to say that the Conservatives are flirting with a Reagan-style economic policy, in which they cut taxes and hope that it will result in increased growth. As a spoiler, it didn’t work for Reagan, landing the government with a massive deficit, and it won’t work now.

Far from addressing the cost-of-living crisis and rampant inflation, uncosted tax proposals could exacerbate things. One cause of inflation is a situation in which increased demand for goods and services chases a fixed supply of them. Cutting taxes, then, which is expansionary, can generally be expected to make matters worse. Tax cuts that most affect working people, such as Liz Truss and Tom Tugenhat’s pledges to reverse the National Insurance hike from earlier this parliament, will do the most to stoke inflation. Of course, they would also put the most money into people’s pockets to cope with the cost of living. A cut in VAT, on the other hand, which was championed by Zahawi (the current Chancellor) before he dropped out, might reduce the cost of living and cut inflation in the short-run because it would directly lower prices. The most ambitious tax cuts pledged, however, concern Corporation taxes, which apply to business profits. Corporation tax is set to rise later this year due to proposals implemented by leadership hopeful Rishi Sunak whilst he was still Chancellor. Cuts to this will do little to ease the cost of living but are also not likely to stoke inflation too much since most of the profits will accrue to wealthy shareholders, who are quite likely to save the money anyway.

Overall, the economic policy floated by most of the leadership contenders is confusing and unlikely to benefit the nation. Students in particular, who generally experience little or no taxation in the first place, will face the downsides of expansionary tax cuts with none of the benefits. We have for a while now seen promises of spending pledges to ‘level-up’ the UK and tax cuts in the future. Since none of these have ever been funded – indeed, Boris Johnson would just say that ‘growth’ would fund them – the leadership election doesn’t break much new economic ground. It does not solve any of our problems.

This country faces countless serious issues, especially on the economy, what bathrooms you or anyone else wants to use is not one of them

In addition, candidates have really leant into culture war issues. If there were ever a good sign that the Conservative Party is not interested in the issues that dominate the lives of people across the country, it’s the inane focus they have put on single-gender bathrooms. This country faces countless serious issues, especially on the economy, what bathrooms you or anyone else wants to use is not one of them.

Candidates, especially Suella Braverman who looks set to be the next candidate to be eliminated from the contest, have also emphasised their own concerns with the green agenda. A legitimate discussion regarding the green levies attached to bills has collapsed into signalling scepticism towards the threat of climate change. Ever since David Cameron made strides in modernising the Conservative Party over 15 years ago, climate scepticism has been a fringe view in the Tory Party. Now it is back with a vengeance as contestants vie for the favour of a right-wing, old-fashioned electorate. The medium-term economic consequences of ignoring climate change really cannot be overstated. For a party that claims to value long-term economic planning, they sure seem unwilling to make short-term sacrifices today for the benefit of us all in just a few years’ time.

Finally, Brexit remains a live issue. Far from hinting at any warming of our relationship with the European Union, the leadership hopefuls are flashing their Brexit credentials. In particular, critique of the Northern Irish Protocol, which defines the settlement between the UK and EU on the island of Ireland, has reached a fever pitch. Economically, this is again woefully misguided.

The Conservatives cannot pretend that it is still 1979, when the economic consensus was completely different

Now look, I recognise that there is a discussion to be had over our relationship with the EU. I’m a huge supporter of the European project – I would have voted Remain and I still think Brexit was the largest foreign policy blunder by any UK Government since Suez and the greatest threat to our long-term economic prospects since the Second World War. However, even I recognise that Brexit is a reality and its detailed implementation matters. We have not just left the EU. We have severed ties with Europe in areas of complete mutual benefit, damaging our economy for literally no discernible gain. The ongoing crisis in Northern Ireland, as well as being a human tragedy, is an economic grenade with the clip slipping out. Conservative candidates have pledged nothing to improve this, and several have laid out plans to make matters substantially worse.

As a fervent supporter of the Labour Party, you can’t really expect me to find much to like in a Conservative leadership election. Some, at least, I can respect as having integrity and competence, a step up from the incumbent. However, over the next few weeks as the race progresses, we must begin to see some genuine economic debate occur. The Conservatives cannot pretend that it is still 1979 when the economic consensus was completely different. Today’s Tory Party, far more than Jeremy Corbyn ever did, has embraced fantasy economics and the ‘magic money tree.’ The successful candidate must get their economic strategy ironed out quickly. If not, they will be followed in just a few short years by Sir Keir Starmer.