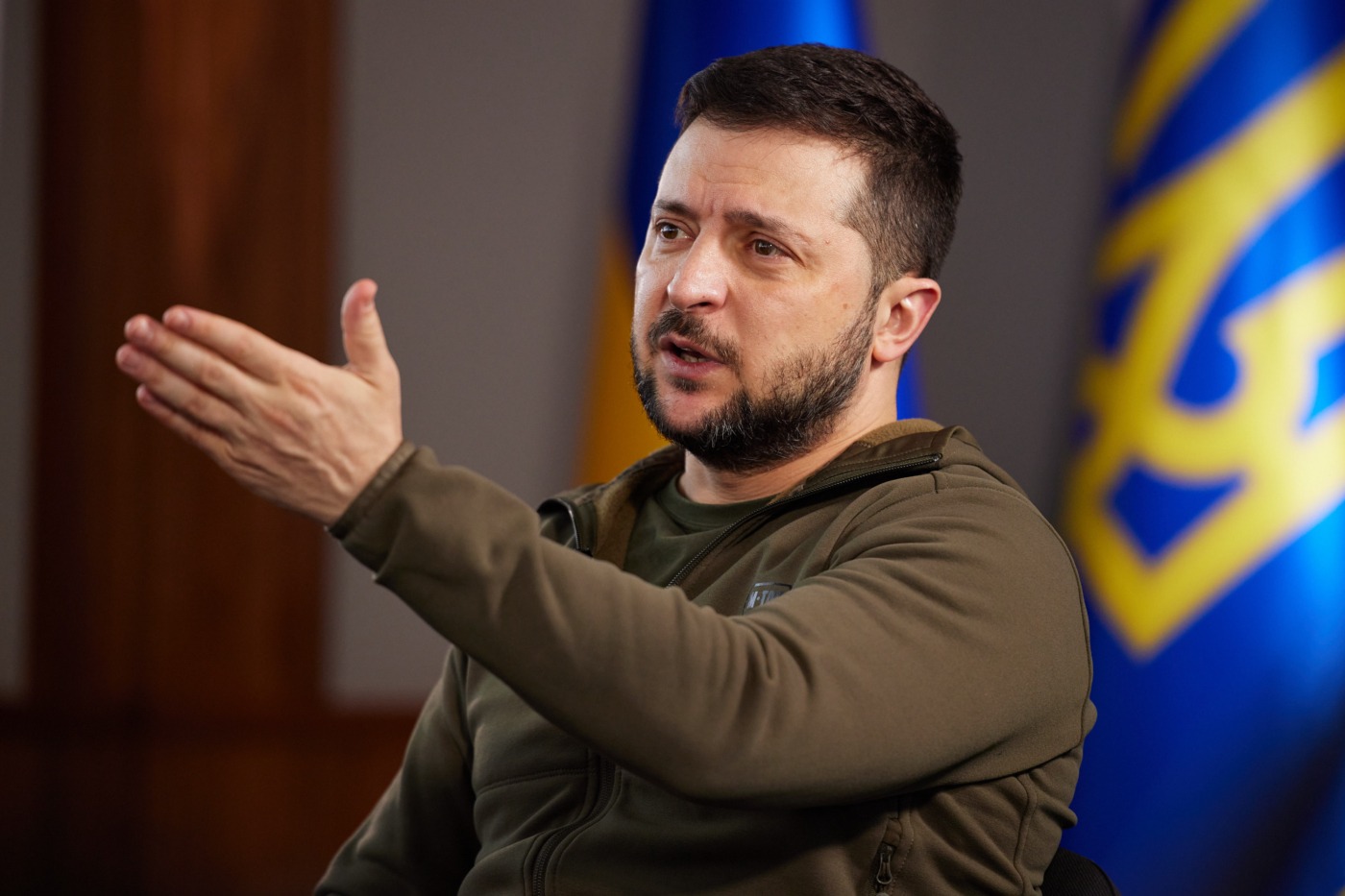 Ukrainian president Volodymyr Zelensky has spoken to UK university students as part of a live broadcast to a number of institutions.

The event, which took place on the evening of Friday 10 June, was organised by the Ukrainian Students Union (USU), which was formed by Ukrainian students from universities around the UK.

“There’s not anything that we can concede.”

The president compared the Russian invasion of Ukraine to the Nazi bombing of Coventry: “80 years ago, Nazi invaders would ruin Coventry, this year, Russia’s created in the territory of Ukraine tons of Coventries.”

In response to a question by moderator Matt Frei, asking whether there was a stage of the invasion where Ukraine would need to cede territory to the Russians, President Zelensky said: “There’s not anything that we can concede”.

When asked about Finland and Sweden gaining NATO membership, the president said: “First of all, I’d like to say I’m very happy for Finland and Sweden. I believe that’s a very wise choice, although unfortunately that choice was made because of the war that started in Ukraine.

“It will help them to defend their people in case of Russian aggression.”

He added that if Ukraine had been able to join NATO, “that would be able to save a lot of lives”.

“There would be a fight for the independence of Ukraine but there would be not so many losses. I truly believe we would be able to save a lot of lives so that makes me sort of frustrated or angry.”

President Zelensky noted: “Throughout my presidentship, I clearly understand and understood that every war has to finish at the table of negotiations and I understand that diplomacy can save lives, I understand this. But unfortunately the president of Russian Federation doesn’t understand this, and that’s it.

“You need both parties willing to stop the war between their countries otherwise it’s not going to work.”

After a 15-minute speech, the president answered questions largely focused on rebuilding Ukraine after the war.

Pavel Pimkin, the president of Coventry University’s Ukraine Society, asked about attracting entrepreneurs and start-ups to help with the reconstruction.

Pimkin said afterwards: “It is not just students President Zelensky has engaged with during this war, he’s addressed parliaments and welcomed world leaders in Kyiv.

“However, I think he understands students are the future of our nation, they’ve organised protests, fundraised for Ukraine, and been enthusiastic in their support for Ukraine – we have a very powerful voice.”

Snizhana Berezhnaya, a Coventry dentistry student from Ukraine, said: “I’m very proud to hear from him (that he will not give up) and I think it’s part of our culture in Ukraine to never give up – and it doesn’t matter if you’re in Ukraine right now or abroad, you should always remember that you need to hope for the best and keep working and never give up.”

She added: “The world gives opportunities to come to different countries and see what it’s like to study abroad and I am more than confident that we will come back and rebuild the country, especially after such international support.”

Coventry University’s vice-chancellor, Professor John Latham, said the president’s address would be a “demonstration of the Ukrainian government’s continued interest in the power of education, despite the terrible devastation that has been inflicted on the country during this war”.